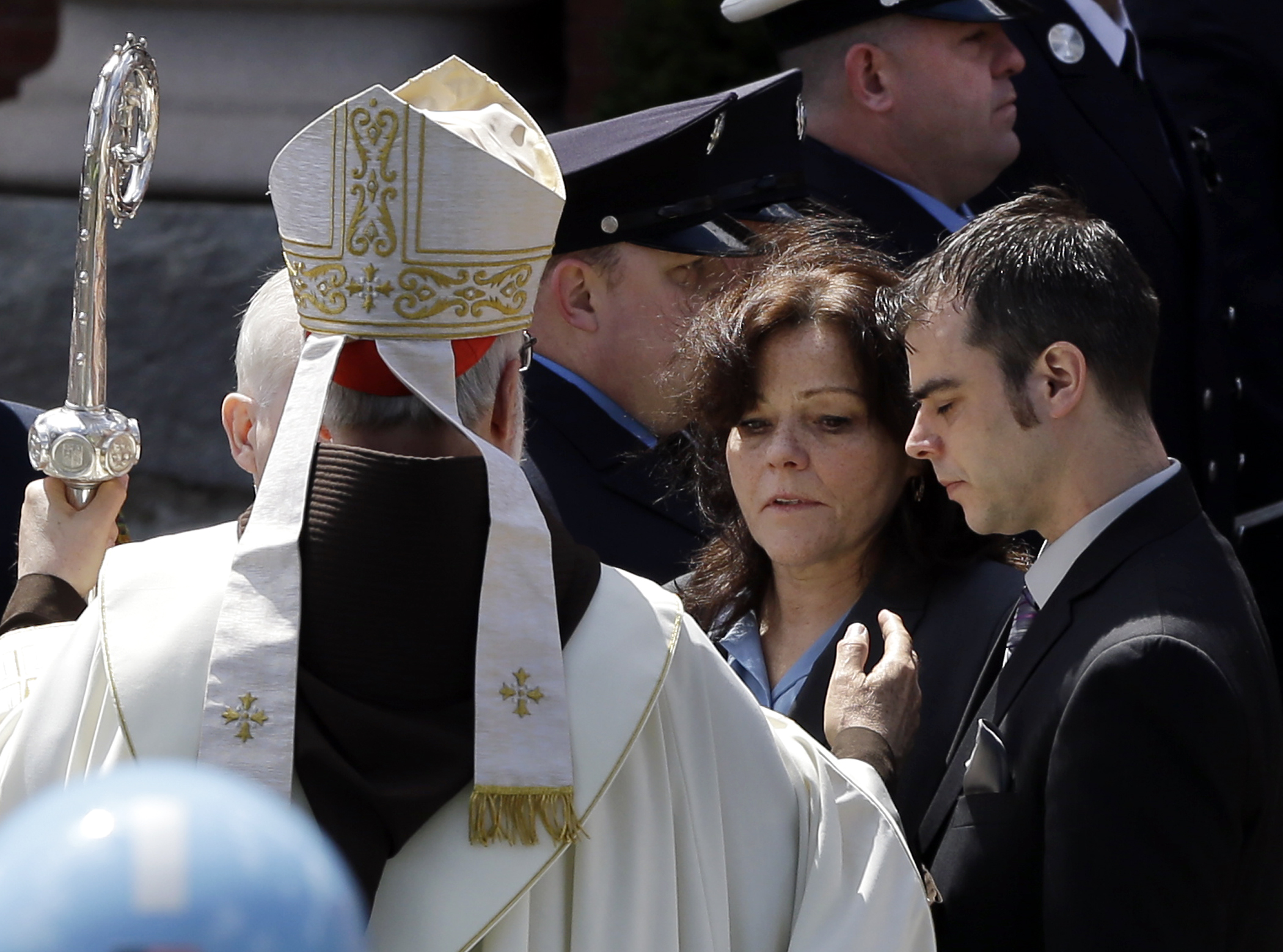 MEDFORD, Mass. Hundreds of family and friends packed a church in Medford, Mass., for the funeral of Krystle Campbell, while dozens more waited outside after being turned away.

The 29-year-old was one of three people killed in the Boston Marathon bombings a week ago.

Campbell, a restaurant manager, had gone to watch a friend finish the race.

Gov. Deval Patrick and Cardinal Sean O'Malley were among those who attended her funeral Mass at St. Joseph Church.

The line outside the church stretched down the block.

Marishi Charles, who attended the funeral, says Campbell's parents were too distraught to talk, so pastor Chip Hines spoke for them during the service, saying "Krystle was always there for people."

"It was a beautiful outpouring of support for her family," Hines said afterward, according to Boston.com.

Julia Dziamba of Newton, was also unable to get into the church. Boston.com reported Dziamba worked with Campbell last summer in the Cambridge and the Boston Harbor Islands locations of Jasper White's Summer Shack, for which Campbell was a manager.

Campbell was "the best boss I've ever had," she said. "When she'd come into the room, it wasn't like, 'The boss is here. It was like my friend was in the room."

"Medford really came through for her family, Medford and beyond. There were people who didn't know Krystle and her family, and they just felt they had to be there as Americans, really, and offer condolences," he said.

Campbell's co-worker Julia Dziamba could not get in. She says she remembers Campbell as "beautiful, fun and lovely."

In addition to the mourners, more than 200 union members organized by Teamsters Local 25 and a local motorcycle club showed up to stop a church group that had threatened to disrupt the funeral.

The Westboro Baptist Church, whose members are known for protesting outside soldiers' funerals with anti-gay messages, issued a statement on Saturday vowing to attend Campbell's funeral.

"We wanted to make sure it was a peaceful and respectful time for the family," Sunny Prospect, a member of the American Veterans from Worcester, told the Daily News.

"It's just terrible that there's people that would show such little respect for life," Joe Mansfield told CBS Boston. "I hope the family gets some help from all this support."