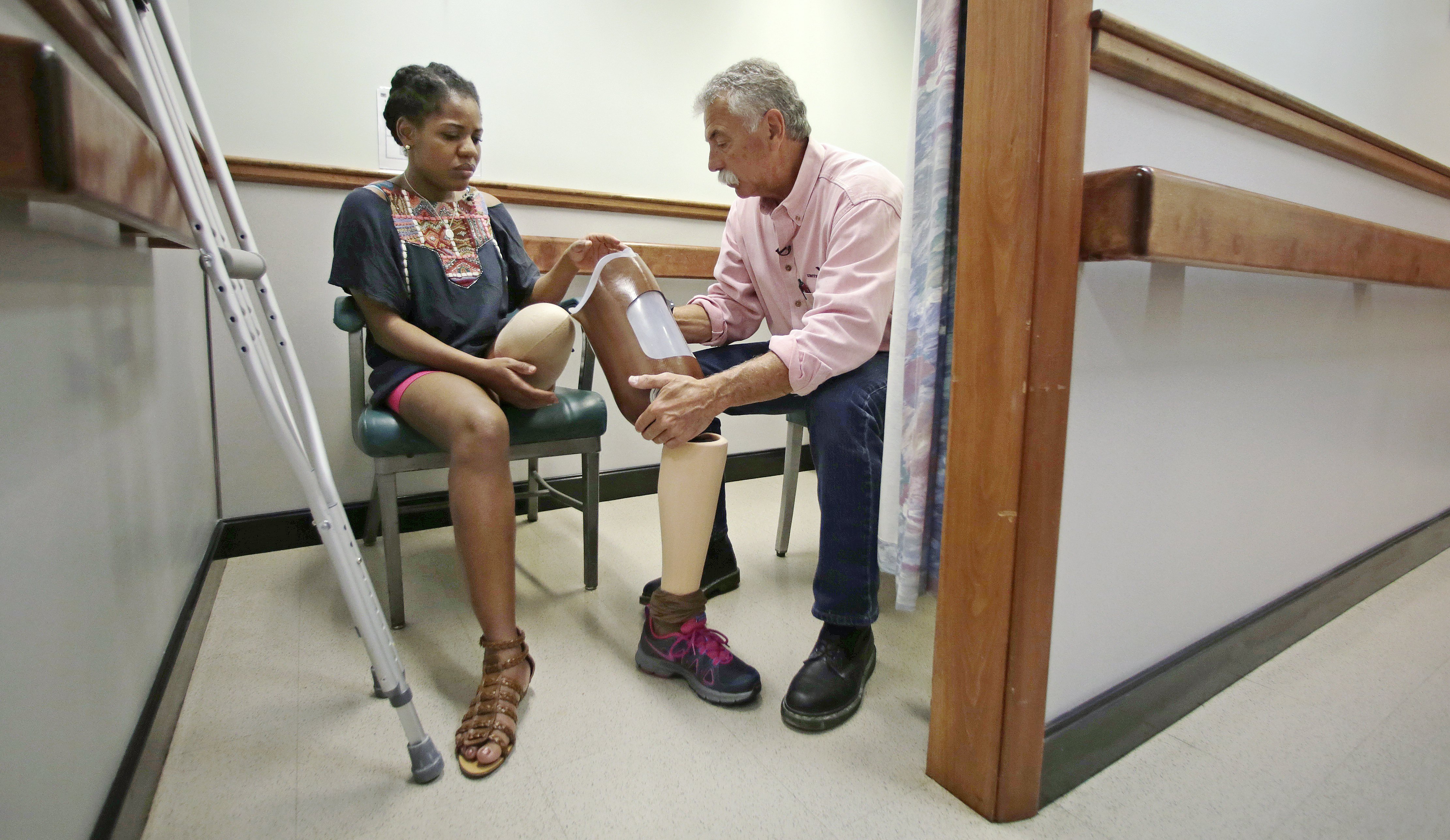 BOSTON When amputees take their first steps on artificial legs, that moment of triumph can be tinged with a sudden sense of disappointment that things will never be the way they were before.

Paul Martino, president of a family-run Massachusetts prosthetics company, has seen it many times. Lately, he has seen it with survivors of the Boston Marathon bombing.

Since the April 15 attack, eight people who lost one or both legs have come to United Prosthetics, a company that Martino's Italian immigrant grandfather, originally a shoemaker, started in Boston in 1914.

Inside the company's two-story brick building in the city's Dorchester section, crews use carbon fiber to fabricate sockets that fit over the end of a wounded leg. Then they connect the sockets to artificial knees and feet that are manufactured elsewhere.

The company deals with patients who have lost limbs to accidents, diabetes or combat, and part of the Martino family's job is being honest with those who are suddenly realizing they won't get back everything they had. The Martinos urge people to give it time.

"We're the voice of reality. First, it sucks to be an amputee," said Martino, a 62-year-old National Guard veteran. "Whoever designed us, whatever you believe, made the perfect machine. We're chasing it."

That go-slow, one-day-at-a-time approach was a challenge for bombing victims like Mery Daniel.

The 31-year-old medical school graduate lost most of her left leg and wanted her life to get back to normal quickly. She was disappointed initially that the first socket she got was bulky and didn't seem to be state-of-the-art. But she decided to stick with United Prosthetics.

"I was too quick to judge," Daniel said. "We keep on comparing those legs with what we used to have. But they're not our legs." She added: "The idea of `Give it time' I think was spot-on."

Martino runs the business along with his siblings Greig, Mary and Gary, and his son Chris.

Gary Martino, 49, said his late father believed in educating people about prosthetics, a field he says has gotten more attention because of the Boston tragedy and the troops who have lost limbs in Iraq and Afghanistan.

"I used to say, `I make fake arms and legs,'" Gary Martino said. "Now I can tell people I make orthotics and prosthetics."

Some of the bombing victims who came to United Prosthetics have moved on to other companies. The Martinos said they use the latest technology, but unlike some other companies, they don't like to fit new amputees with certain kinds of prosthetic systems while their injured limbs are still changing shape.

Patients replace artificial limbs many times throughout their lives, and the Martinos said some open up and come to feel like part of their family.

Joe LeMar, who has been a patient for about 20 years, is one of those people. The 42-year-old Massachusetts high school track coach began competing with a prosthetic device after losing a foot to a tumor, and he won medals at the Paralympics in 1992 and 2000.

Over the years, United Prosthetics has outfitted him with more than 20 artificial limbs. He said the marathon bombing victims are in good hands with the Martinos.

"They're going to get back to close to where they were pretty soon," he said.