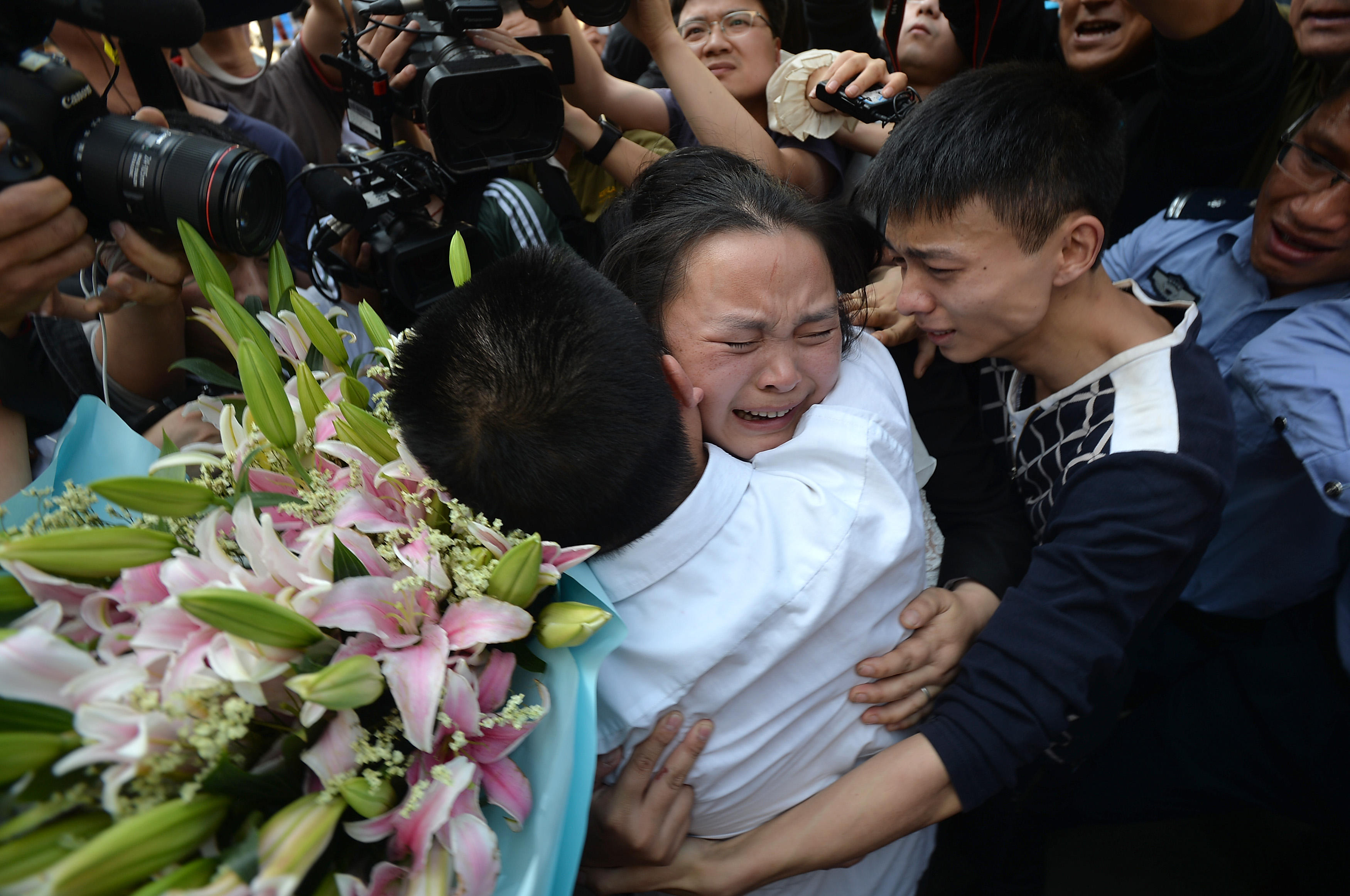 After 24 years of searching, many parents would have given up hope, but Wang Mingqing never stopped looking for his daughter, Qifeng, who went missing back in 1994, when she was just 3 years old. Now, the loving father's prayers have been answered and the miraculous story of the family's reunion is sweeping through China.

At the time of Qifeng's disappearance, Wang Mingqing and his wife Liu Dengying ran a roadside fruit stand in the southwestern city of Chengdu. According to Chinese media reports, the family brought their young daughter to work with them at the roadside stall  until the fateful day she went missing. Business was booming that day and Wang had run out of change, so he briefly walked over to a neighboring stall. When he returned, his 3-year-old daughter had vanished.

The family never left Chengdu in the hope that their daughter would somehow find her way home. During their decades of waiting, the couple took out advertisements in newspapers and set up online appeals. They also tirelessly searched for Qifeng in hospitals and shelters throughout their city and its surrounding areas. Sadly, however, all of their efforts remained fruitless.

In 2015, Wang signed up as a driver with the Chinese ride-hailing company Didi Chuxing, in an effort to widen his search. He handed out business cards and leaflets about his lost daughter to every passenger he picked up. The determined father also fixed a large sign about the situation to his rear window, holding out hope that someday one of his passengers would either know something about his daughter or maybe even be his daughter.

According to the BBC, his efforts gained the attention of Chinese media, making headlines nationwide. "One day, my daughter may just be the person sitting in my car!" he was quoted as saying in one news report.

In 2017, a forensic artist named Lin Yuhui saw the coverage and decided to help. While the family did not have any photos of Qifeng as a toddler for the sketch artist to work with, they did have a second daughter who looked very similar to Qifeng. So, using a photograph of the family's other daughter, the artist was able to produce a sketch of what Qifeng might look like as an adult.

That's when the breakthrough happened. Thousands of miles away, on the other side of China, a woman named Kang Ying saw the artist's rendering and marveled at how much it looked like her.

According to Shanghaiist, the woman had been raised by adoptive parents and was told that she had been found on the side of the road in Chengdu as a child. She was raised in a Sichuan town a mere 12 miles away from her biological parents who, unbeknownst to her, had been desperately searching for her for decades.

Upon seeing the sketch, Kang -- now a 27-year-old mother -- went to the police for a DNA test. And on Sunday, the test confirmed that she was indeed the Wangs' long-lost daughter.

So, on Tuesday, Kang Ying, who now lives in northeast China with her husband and two children, flew to Chengdu and was tearfully reunited with her biological parents, as onlookers celebrated and gave her bouquets of flowers.

"The whole world told me I didn't have a mother -- but I do!" the overjoyed woman exclaimed to reporters, as reported by thecover.cn.

The case with a happy ending also brought renewed attention to the problem of other missing children in China. The snatching and trafficking of children has become a big problem there as the country's longtime one-child policy gave rise to a robust black market for baby boys. According to the AP, while boys fetch a higher price from customers in that market, young girls are also frequently abducted and used as laborers or as brides for unwed sons. The U.S. State Department has ranked it China one of the worst offenders of human trafficking in the world.

Most of the parents of long-missing children in China do not end up with such positive outcomes. So, Wang Mingqing is counting his blessings. After his tearful reunion with his daughter, the ecstatic father took to social media to share the news of the family's joyous reunion. "My efforts of 24 years were not wasted!" he wrote. "My daughter has been found -- thank you everyone."