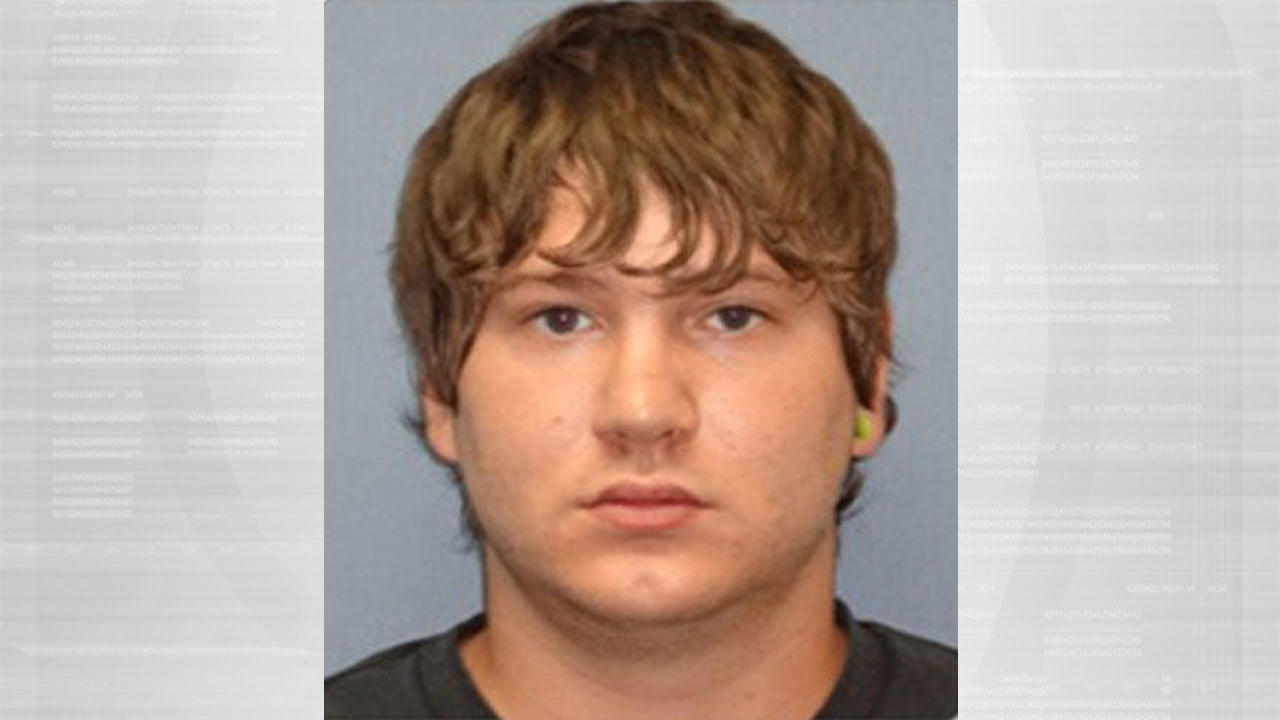 OKLAHOMA CITY -- The family of a man accused of attempting to detonate what he believed was an explosives-laden van outside an Oklahoma bank says he is a paranoid schizophrenic and that the FBI knew it.

Clifford and Melonie Varnell, of Sayre, Oklahoma, issued a statement late Tuesday that questions the tactics undercover FBI agents used to arrest 23-year-old Jerry Drake Varnell. He was taken into custody early Saturday for the alleged plot to detonate a vehicle bomb in an alley adjacent to BancFirst in downtown Oklahoma City.

Varnell, who lives with his mother and stepfather in Sayre, about 130 miles west of Oklahoma City, is jobless due to his schizophrenia and does not have the resources to carry out such an act alone, according to the family's statement.

"The FBI came and picked him up from our home, they gave him a vehicle, gave him a fake bomb, and every means to make this happen," the statement said, adding that authorities "should not have aided and abetted a paranoid schizophrenic to commit this act."

Varnell "has suffered through countless serious full-blown schizophrenic delusional episodes and he has been put in numerous mental hospitals since he was 16 years old," the family's statement said. It added that his parents are his legal guardians and do all they can "to keep him safe and functional."

"The mental health system has consistently failed us due to the lack of establishments and health care coverage for a person like him," the statement said. Varnell takes medication "but he will never be completely functional in life," it said.

The Varnells say their son is easily influenced and they believe a confidential informant who tipped FBI agents off to the alleged plot may have helped inspire it.

The complaint says Varnell initially wanted to blow up the Federal Reserve Building in Washington, D.C., with a device similar to the 1995 Oklahoma City bombing, because he was upset with the government.

Varnell allegedly later identified BancFirst in downtown Oklahoma City as his target, according to federal prosecutors. When asked why he switched to BancFirst instead of the government building he originally planned, he said, "Well I don't wanna kill a bunch of people," the complaint said.

Varnell allegedly referenced the movie "Fight Club" when he discussed wanting to "take down a government facility or other structures."

Varnell allegedly claimed to embrace the "Three Percenter" ideology, referring to a far-right anti-government group that has rallied against gun control efforts and pledges resistance to the federal government over the infringement of constitutional rights.

In a series of text messages exchanged with the FBI's informant, Varnell "claimed to have a bunker for when the world collapsed" and indicated he was trying to build a team, the complaint states.

"I'm out for blood," the complaint quotes Varnell's texts as stating. "When militias start getting formed I'm going after government officials when I have a team."

The complaint says Varnell prepared a statement to be posted on social media after the explosion, helped assemble what he thought was the explosive device, and helped load it into what he believed was a stolen van. Varnell then allegedly drove the van to BancFirst, parked it in an alley next to the building and dialed a number on a cellphone he believed would trigger the explosion.

A federal detention hearing for Varnell is scheduled on Aug. 22. If convicted of attempting to use explosives to destroy a building in interstate commerce, Varnell could receive five to 20 years in prison.