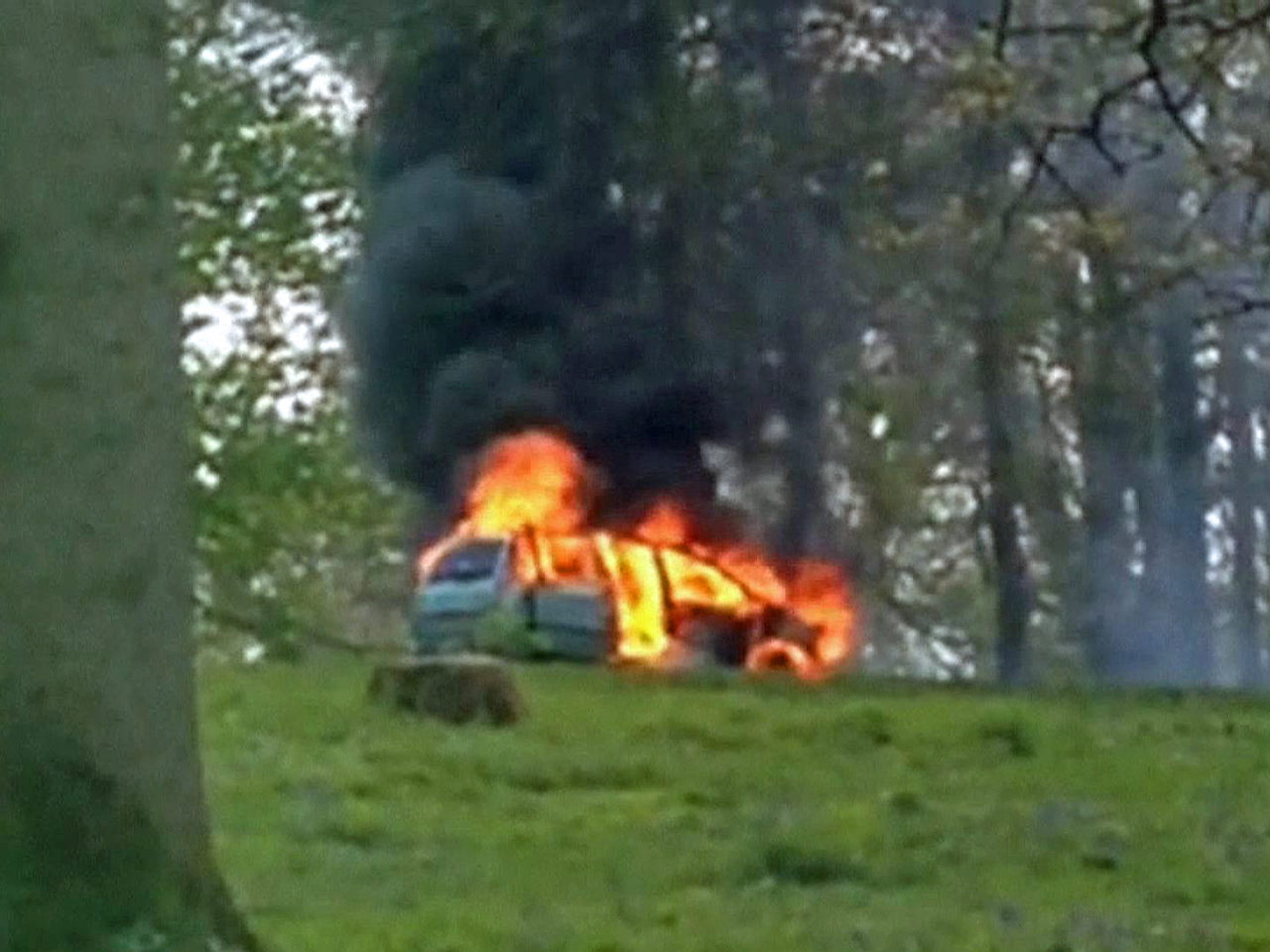 LONDON -- Of all the places for Helen Clements' car to suddenly catch on fire with her two kids in the back seat, it had to be the lion enclosure at the safari park.

Clements told Sky News she and her kids were taking in the spectacular up-close views of big game at Longleat, in Wiltshire, England, over Easter weekend when she noticed what she thought was steam rising from under the hood.

"Then it turned to smoke," she told Sky. "So we thought, 'okay, I think we had better alert somebody.'"

Clements sounded her car's horn, getting the attention of park rangers.

"Then the flames came out of the car, and were obviously coming into the car," she recalled. "We then thought we had better get out the car, but obviously the rangers were saying get back in the car." Lions roam freely inside the enclosure, and visitors drive slowly through the area and can see the big cats walk right up to their cars.

"It was very difficult to know what to do. Get in the car or get out the car," said Clements. Fortunately, help arrived in less than a minute after she sounded the alarm.

The family was safely moved into a ranger vehicle.

In the end, the adventure they never imagined actually kept Clements and her children from ever seeing an actual lion.

"I would like to go back and see the lions," she told Sky. "It wouldn't put me off from going back."

"It was a little bit frightening, and obviously the children were frightened at the time," she admitted. "You can look back on it now and thank goodness we are all safe, but why did it have to be in the lion enclosure, of all places?"