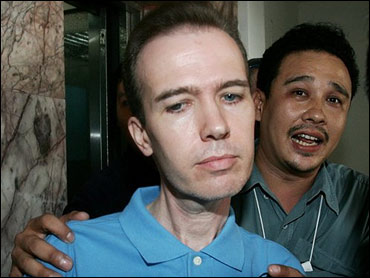 
A suspect's confession would seem to guarantee a conviction in a murder case, but, as John Mark Karr has proven, an admission of guilt doesn't always slam the cell door.

Colorado prosecutors decided Monday not to bring murder charges against Karr in the JonBenet Ramsey case because his DNA failed to match DNA found on the 6-year-old girl's body.

Karr has publicly admitted killing JonBenet, and he voluntarily returned to Colorado to face multiple charges, including first-degree murder.

But even before the scientific evidence destroyed Karr's confession, many legal experts had raised doubts about his involvement in the 10-year-old case and the strength of the evidence against him.

"It's unbelievable," said CBS News legal analyst Andrew Cohen. "You never really have a case where a confession weakens the public perception of a suspect's guilt."

Karr's sensational claims almost immediately prompted speculation that he was admitting to crimes he did not commit.

"The rule of thumb is that everybody does overreact to a confession — there tends to be an assumption that it's true," said Alan Hirsch, a professor of legal studies at Williams College and founder of the blog The Truth About False Confessions. "As hard as it is to believe they are just many, many false confessions for many reasons, and so I hear that someone confessed, my reaction is not, 'Oh, they did it.'"

Legal scholars identify two general categories of reasons why someone would confess to a crime he did not commit: voluntary or coerced false confessions.

Voluntary false confessions can be motivated by a suspect's desire for notoriety. In high profile cases, it is not rare for multiple innocent people to tell the police they are guilty. More than 200 people, for example, confessed to the 1932 kidnapping and murder of Charles Lindbergh's infant son.

Voluntary false confessions often fool authorities. Henry Lee Lucas was once considered one of America's most prolific serial killers because he confessed to hundreds of murders, but Lucas was only convicted in 11 killings.

In coerced false confessions, some people are tricked by police interrogation tactics. Sometimes people confess to take the rap for friends or relatives who have previous convictions. Others simply relent under intense questioning and agree to anything that will end the ordeal.

Five young men confessed in the 1989 "Central Park Jogger" attack after hours of police interrogation. They spent years in prison before another man confessed and they were exonerated.

Saul Kassin, a psychology professor at Williams College, said from the little public information available, Karr's actions pointed to a desire for attention.

"If there is this confession, and if there are details — and if it turns out that the confession is false and he is innocent — in all likelihood this will fall under the category of voluntary false confessions," he said in an interview conducted before Karr's confession collapsed.

Kassin also pointed out that Karr's arrest in Thailand raised another possibility.

"If he's in Thailand, and for one reason or another, he feels threatened by being there and is fearful of the criminal justice system or the prisons," he said, "he may find it in his own best interest to confess to a crime conducted in the United States and get extradited."

So how do police and prosecutors tell a real confession from a false one?