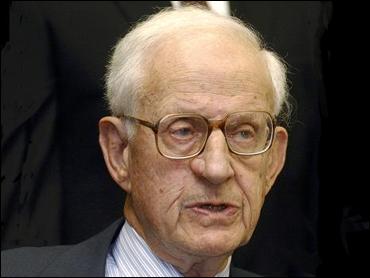 Thirteen years after the brutal rape and beating of a Central Park jogger, a judge on Thursday dismissed the convictions of all five men who served prison time for the attack.

State Justice Charles Tejada, moving more quickly than defense lawyers and prosecutors had expected, dismissed all indictments against the five less than a week before Christmas. His ruling wasn't expected until Jan. 6.

The decision to dismiss the indictments means prosecutors would have to start from scratch with a grand jury to retry the five.

The primary evidence in the case had been confessions made to detectives.

Supporters of the accused have said those statements were coerced. The five black and Hispanic youths were between the ages of 14 and 16 when they were arrested in connection with the April 19, 1989 attack on the white investment banker.

No forensic evidence linked any of them to the crime scene.

The five, now ages 28 to 30, completed prison sentences ranging from 5 1/2 years to 13 years on their convictions.

Morgenthau's recommendation came 11 months after a convicted rapist, who had never before been under suspicion, confessed and said he acted alone in committing the crime that had been blamed on a gang of "wilding" youths. DNA evidence backed his claim.

Tejeda's ruling opens the door to civil suits against the city and frees the men, now in their late 20s, from having to register as sex offenders for the rest of their lives.

The 28-year-old victim was left for dead in a pool of mud and blood after the attack on April 19, 1989. Now 41, she has said she has no memory of what happened, preventing her from helping identify any suspects.

The woman lost three-quarters of her blood, and her body temperature dipped into the 80s. She was bruised from head to toe; on a scale of 3 to 15 used by neurologists to measure brain function, she was rated a 4. She spent 12 days in a coma.

The case remains an infamous benchmark in city history. The jogger was assaulted as dozens of teenagers descended on Central Park that night to mug runners and bicyclists — a crime spree dubbed "wilding." That the attack happened in Manhattan's bucolic oasis and was so random in nature terrified many New Yorkers in an era when the city's crime rate was soaring.

Defense attorneys said the youths, all from Harlem, were coerced into bogus confessions by police. But until January's confession, there seemed to be little chance of overturning the convictions against Antron McCray, Kevin Richardson, Raymond Santana, Kharey Wise and Yusef Salaam.

The confession came from Matias Reyes, 31, who is currently serving a life sentence for raping three women near Central Park and for raping and killing a pregnant woman. He said he broke his long silence after finding religion.

Reyes told investigators he raped the jogger, crushed her skull with a rock and left her for dead. He also said he followed his usual pattern of acting alone.

Test results returned in May confirmed Reyes' DNA matched semen collected from the jogger's body. The same tests failed to link the five youths to the savage crime scene.

The former prosecutor in the case, Linda Fairstein, recently said she has no doubts the five are guilty and that Reyes merely finished the assault.

Investigators said blond hair found on one of the youths matched that of the victim. But there was no match on semen samples, or other compelling physical evidence.

The men were convicted anyway in 1990 after jurors watched their videotaped confessions. "We all took turns getting on top of her," McCray, then 15, told police in one tape.

The defense insisted those confessions were forced out of the youths by police who kept them under questioning for hours.

Over the past year, the defense had said Reyes' confession, along with police knowledge that he had attacked another woman in the park two days earlier, were sufficient to nullify the rape convictions. However, news reports suggested that police wanted to stand by the youths' convictions on other charges.

Police and prosecutors questioned Reyes' story, saying there was no guarantee the convicted rapist was telling the truth about the attack.

The jogger, an employee of Salomon Bros., has since made an amazing recovery, lives in a Connecticut suburb and works for a nonprofit organization. She has been married for five years, and reportedly has a book due out in April.