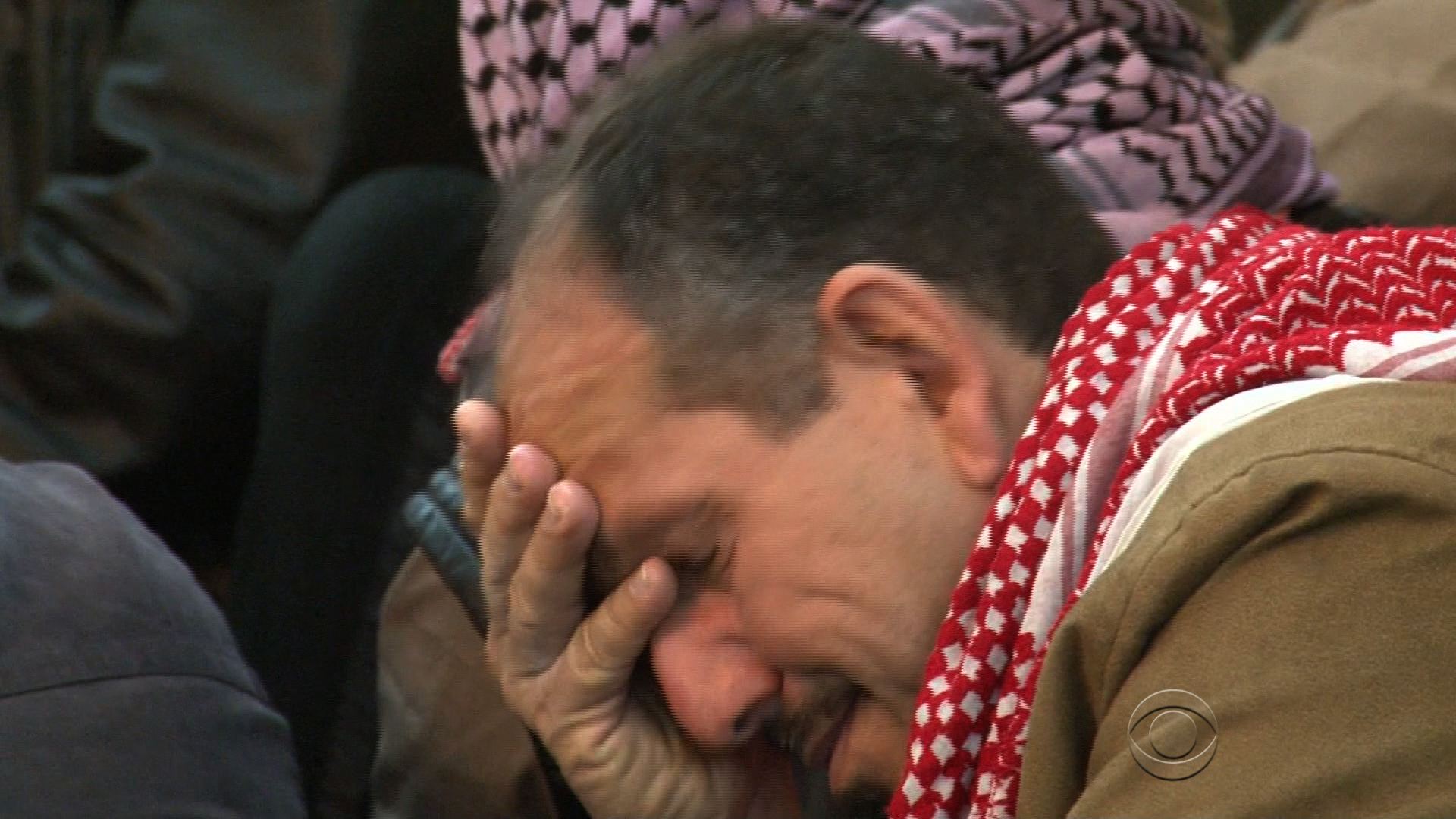 BAGHDAD - At a Friday prayer here, a worried congregation looked to the imam for reassurance.

"Fallujah," he said from the pulpit, but had to stop, wiping tears from his eyes.

Al Qaeda-linked extremists have returned to the city, his home, just 50 miles from Baghdad. Fallujah, where U.S. forces fought major battles against al Qaeda militants in 2004, is once again a battleground, as Iraqi forces fight to regain control.

“We must stand together against terrorism,” the imam told the congregation. “It is destroying the country.”

Already, the violence has driven many Iraqis abroad. Those who've stayed, and can afford it, now have protection. But ordinary citizens don't have bodyguards. They simply have to put up with the constant danger.

After prayers, Seyed al Gilani, the head of the influential Gilani mosque, discussed the crisis with CBS News.

Iraq is a fragile place, and the last thing it can stand right now, Gilani said, is the return of al Qaeda.

“But if al Qaeda involved, al Qaeda will kill all. Shi'a and Sunni.”

But with little confidence in Iraq's corrupt political leadership, it's hard for anyone here to know what to do.