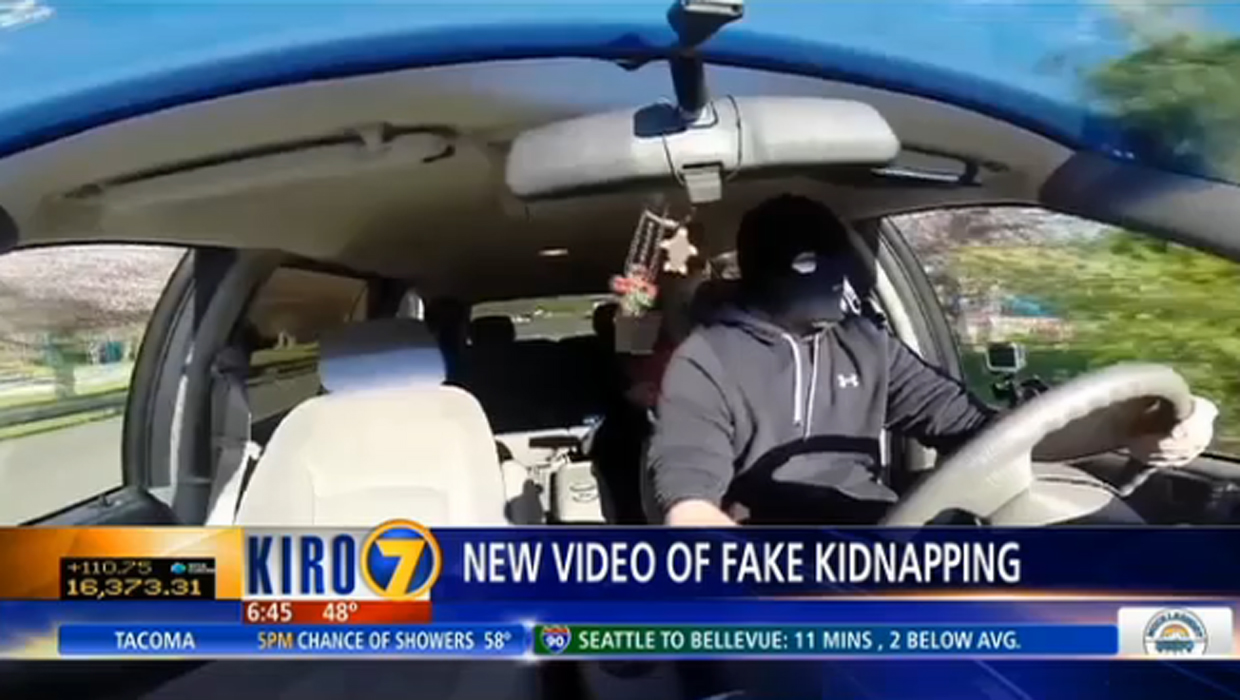 SEQUIM, Wash. - The individuals behind the fake kidnapping that was staged at a park in Sequim, Wash. on Saturday called 911 to tell authorities what they were planning just 3 to 4 minutes before they put their plan into effect, but it was in no way approved, Sequim Police Chief Bill Dickinson told CBS News' Crimesider.

Two masked men in a minivan pulled up to the park, one man jumped out, grabbed a toddler and took off. Unbeknownst to bystanders, one of the masked men was the toddler's father, the toddler's mother was in on it and it was all a stage. The men later returned and explained the incident was recorded to create a video for social media on child abduction prevention and awareness.

Chief Dickinson told Crimesider that while it's not unheard of for filmmakers to stage false crime scenes, there are very strict rules in getting approval so as to not cause alarm in the community.

"These guys are amateurs... and clearly they did not anticipate the consequences," Dickinson said.

The men have a YouTube channel on which they post videos of them performing pranks, reports CBS affiliate KIRO.

Police are continuing to interview people involved in the situation, including the parents and children in the park who experienced "extreme duress," Dickinson said. They will present their findings to the city prosecutor who will decide whether or not charges are warranted.

"You can't explain this very well to little kids. All they know is a scary thing happened and it made mommy cry and some of them don't want to go back to the park now," Dickinson said. "That's an issue that doesn't go away."

It could have been a lot worse, the police chief points out. Police officers who were not immediately made aware of the prank could have responded to the scene and taken action. Retired or off-duty officers and/or armed citizens also could have gotten involved.

"There could have been a tragic shooting that probably would have been justified. I'm grateful that that did not happen," Dickinson said.