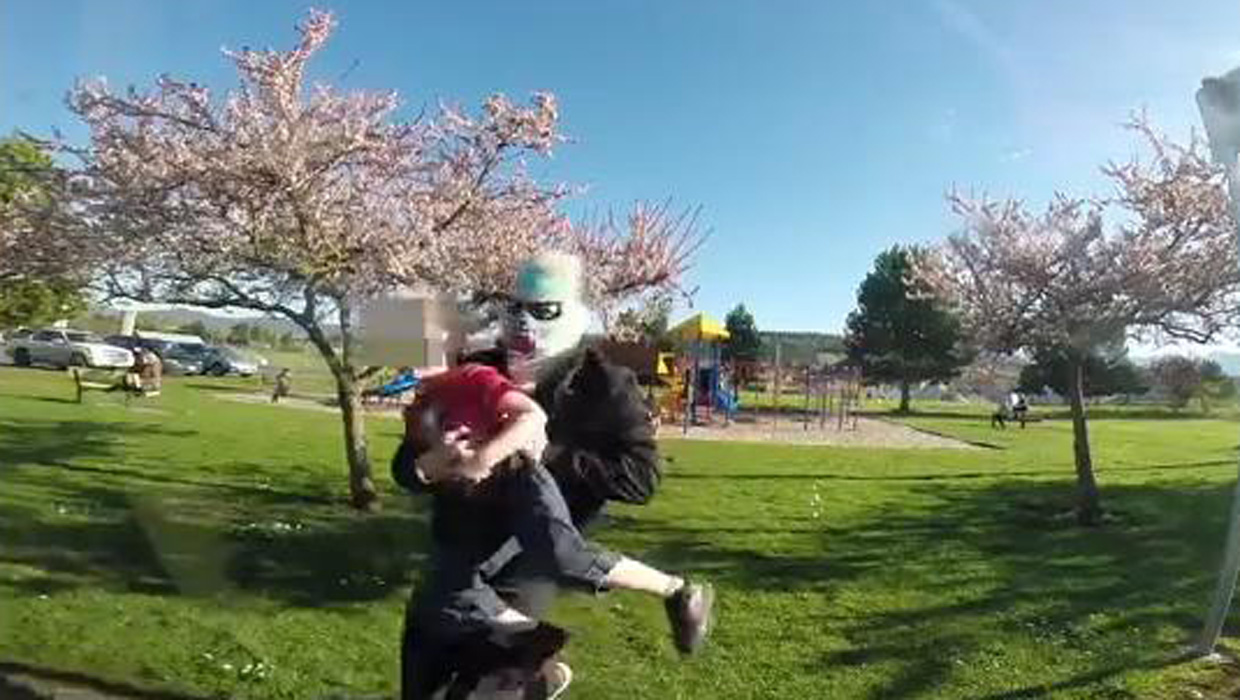 SEQUIM, Wash. - Police are investigating possible charges against people who staged a fake kidnapping in a park, terrifying parents and children who thought it was real.

Onlookers in the park watched as a minivan with two masked men pulled up. One man then jumped out, grabbed a toddler and took off. He was the boy's father. He later returned and explained the incident was recorded to create a video for social media on child abduction prevention and awareness.

No decision had been reached as of Wednesday on whether to file charges, said Victoria Ormand, assistant to Police Chief Bill Dickinson.

Dickinson told the Peninsula Daily News at least two people were under investigation in the Saturday afternoon incident at Carrie Blake Park.

They could be charged with dangerous conduct or with failing to obtain a permit, City Attorney Craig Ritchie said.

Two brothers from Port Angeles posted a video Tuesday, claiming responsibility, the newspaper said. They said they had notified police minutes before, but there was no warning to people in the park.

Witness Tiffany Barnett chased the van for about a block in an unsuccessful attempt to get the license plate number.

"I was shaking and bawling when I was running, and then I felt like a failure for not getting the information," Barnett said.

Learning the incident was staged "was like a big slap in the face," she said.

Barnett said a woman who identified herself as the "abducted" boy's mother told her "this was a research report to see how the public would react."

Frightened children were calling their parents to come and pick them up, while several adults at the park were screaming.

"They were all screaming, 'You don't do that to people's kids. How would you like it if someone's kids got taken right next to yours?'" Barnett said.

Officers arrived at the park while onlookers were yelling at the would-be kidnappers who apologized.

"It scared the crap out of our kids," Barnett said Monday. "It just makes me angry."