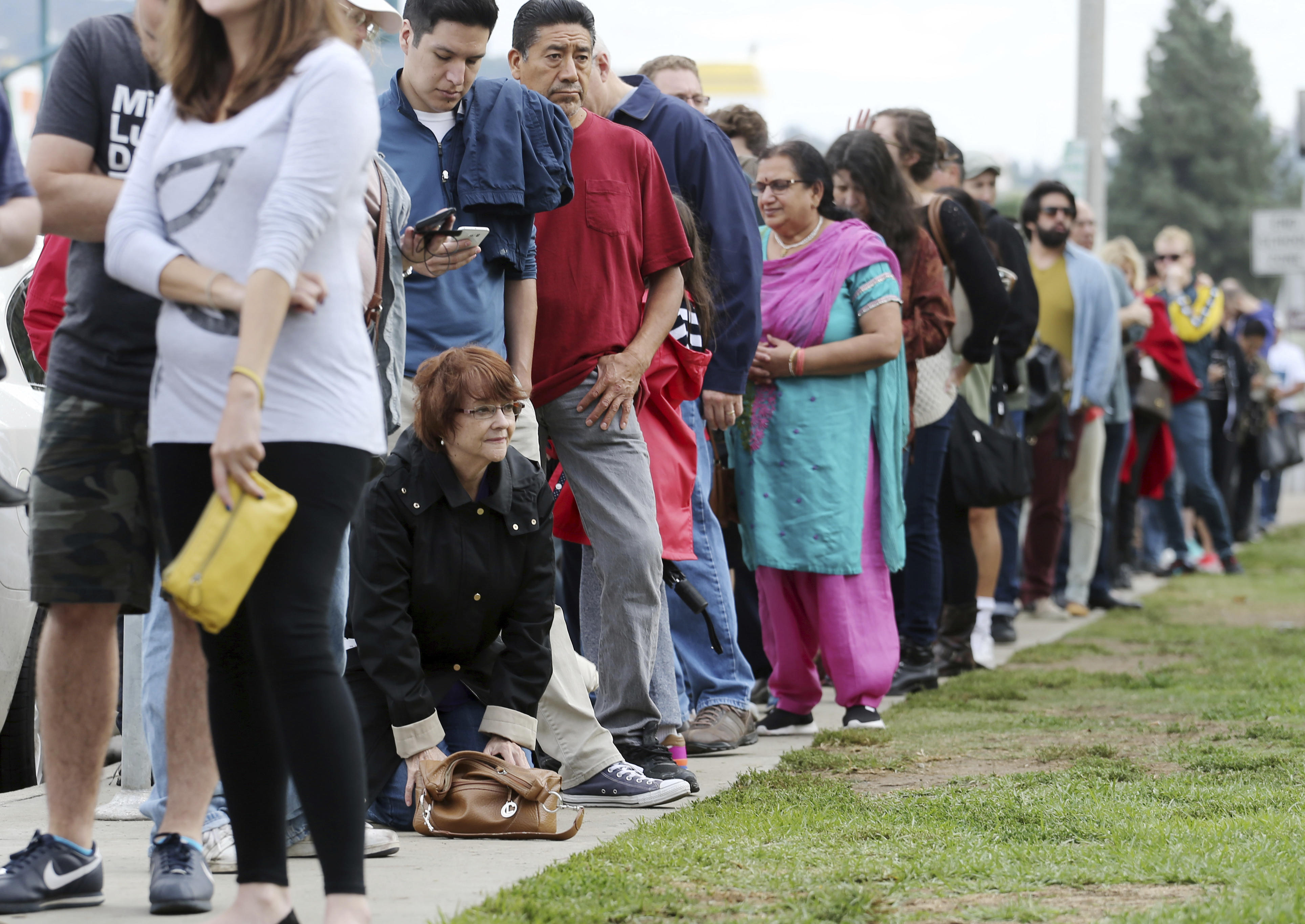 American voters will have cast their votes by Tuesday night, but it’ll still be a couple of months before the outcome is official. Five weeks after the election, the Electoral College takes place. The 538 electors -- one for each congressional district, plus two for the senate seats -- cast their ballots in December and then the votes will be counted in Washington on January 6. That’s when the outcome will be official.

It’s generally a part of the process that few pay much attention to, but by late summer, the question of “faithless electors” had attracted some attention to the Electoral College and those electors who might not vote according to the will of their states.

Late last week, the Seattle Times reported that one of Washington state’s electors said he won’t vote for Clinton, even if she wins. “No, no, no on Hillary. Absolutely not. No way,” Robert Satiacum told the Seattle Times. Washington leans Democratic, so he’s likely to get a chance to act on that threat.

Satiacum had supported Bernie Sanders during the primaries, and he says he hopes the race is close enough for his vote to be a deciding one.

“I hope it comes down to a swing vote and it’s me,” Satiacum told the Seattle Times. “Good. She ain’t getting it. Maybe it’ll wake this country up.”

And, according to the Seattle Times, Satiacum isn’t alone. Another former Sanders supporter, Bret Chiafalo said he hasn’t “ruled out the possibility” that he won’t vote for Clinton.

In Georgia, which leans Republican, Baoky Vu, a naturalized citizen and a Republican, was one elector who said in August that if Trump won Georgia, he wasn’t sure he’d be able to bring himself to vote for him, the Atlanta Journal Constitution reported. Rather than vote against Trump, however, Vu decided to resign as an elector.

For context, here’s a brief explanation of how we end up with the electors. The number of electors corresponds to the number of electoral votes state has, and that’s determined by population. The Constitution leaves it to the state legislatures to choose their electors -- sometimes they’re elected by the voters during the primary voting process, or the party conventions choose them. They can also be elected by state legislatures or appointed by the parties.

Some of the better known electors in 2016 include Bill Clinton, Gov. Andrew Cuomo, New York City Mayor Bill de Blasio and Eric Schneiderman, the New York attorney general who’s been investigating the activities of Donald Trump’s foundation. In the unlikely outcome that Trump wins Democratic-leaning New York, his son Donald Trump Jr. and Carl Paladino are on the state’s slate of Republican electors.

Are electors required to vote for their pledged candidate?

No, they’re not. There’s no Constitutional provision or federal law that requires electors to vote for whom they are pledged. However, 26 states and D.C., however, bind their electors to vote for their promised candidates, though if they don’t vote for the promised candidate, they merely face a fine. Further, the state does not have the power to change the faithless elector’s vote. According to votesmart.org, no faithless elector has ever been punished.

Up until this election, there have been 157 faithless electors, according to Fairvote.org, and they’ve never decided a presidential election.

The largest number of faithless electors defected from the electoral outcome in 1872 -- in that election, 63 electors did not cast their votes for the Democratic winner that year, Horace Greeley, because he died shortly after the election.

More recently, in 2004, one unnamed elector from Minnesota who was pledged to vote for Democrat John Kerry voted instead for John Edwards, but it is thought that that was a mistake.

One of the more noteworthy faithless electors in modern electoral history was Roger McBride. The co-creator of television’s “Little House on the Prairie,” McBride was one of Virginia’s 12 electors in the 1972 election. Richard Nixon won Virginia in his landslide win that year, but McBride, a member of the then-new Libertarian Party, cast his vote for the Libertarian ticket that year.

McBride’s vote for the Libertarian ticket meant that the party’s vice presidential candidate, Tonie Nathan, became the first woman and the first Jew to win a vote in the electoral college. Suddenly somewhat famous, McBride became the 1976 Libertarian Party nominee, winning over 170,000 votes.

CBS News’ Rebecca Shabad and Will Rahn contributed to this report

UPDATE: An earlier version of this story mentioned another potential faithless elector identified by another news outlet, Chris Suprun. But Suprun says that he was mischaracterized and that he has always said that he would support the nominee. He has therefore been removed from this story.