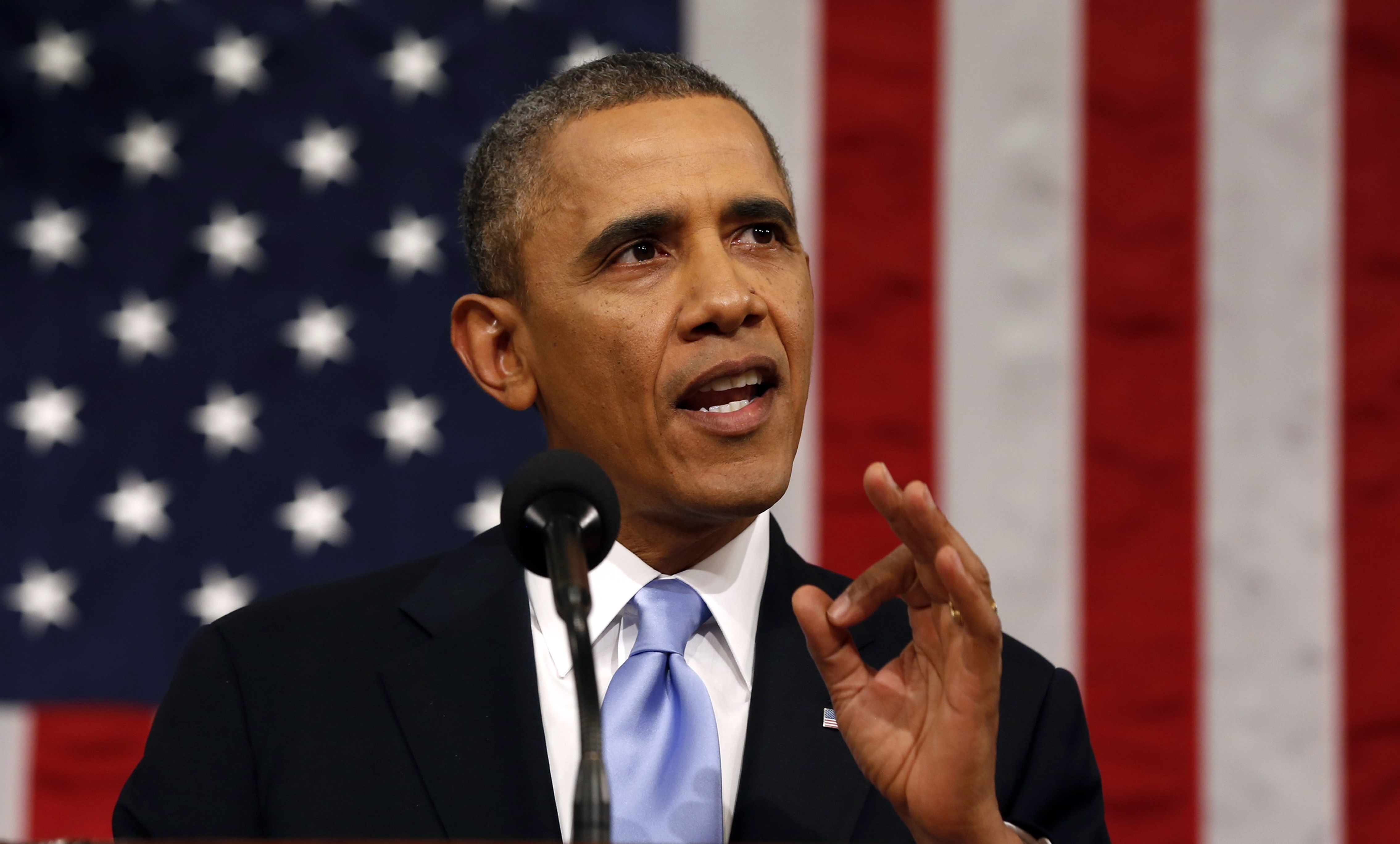 President Obama’s 2014 State of the Union speech had just a handful of cherry-picked statistics or sweeping statements that lacked a full foundation, fact-checkers found while assessing the 65-minute address.

There was general skepticism of the claim that, “more than 9 million Americans have signed up for private health insurance or Medicaid coverage.” TheWashington Post’s Glenn Kessler points out that there’s no way to tell how many of the 3 million people who signed up for the federal health care exchanges have paid a premium for their health insurance, and the Associated Press notes that there’s no way to tell how many of those people previously held private insurance coverage before signing up for new insurance on HealthCare.gov. Moreover, not all of the more than 6 million people who became eligible for the Medicaid expansion were renewing their coverage or would have qualified before the law.

Another claim that raised questions was Mr. Obama’s  triumphant declaration that the U.S. has reduced it’s total carbon population “more than any other nation on earth.” While that’s technically true when emissions are measured by tonnage, FactCheck.org writes that the U.S. is the second-highest producer of carbon dioxide emissions behind China and simply has a long way to go. In terms of the percentage of emissions reduced, “dozens of nations” did a better job.

What about once of the central themes of Mr. Obama’s speech: inequality? “Inequality has deepened. Upward mobility has stalled,” the president said. But just last week a group of economists published a paper that showed upward mobility had not had a significant change in the last 20 years. "We find that children entering the labor market today have the same chances of moving up in the income distribution (relative to their parents) as children born in the 1970s," the authors wrote. But they did confirm that income inequality had increased.

FactCheck.org writes that Mr. Obama’s claim that more than 8 million jobs have been created in the past four years is true, but “highly selective.” More than 8.2 million private sector jobs have been added in the past four years, so it’s important that Mr. Obama said the 8 million jobs were ones “our businesses have created.” Total employment only rose by 7.6 million, largely because of layoffs of state and local government workers.

A few other nuggets:

Mr. Obama said, “our deficits [have been] cut by more than half,” which is true. But the deficit is still historically high and many gains were due to a slowly improving economy.

“More oil [is] produced at home than we buy from the rest of the world,” Mr. Obama said. The rise in domestic oil production, to the point where the U.S. uses more domestic than foreign oil, is mostly due to improved drilling technology, not government policy.

The president praised “a manufacturing sector that’s adding jobs for the first time since the 1990s,” though manufacturing jobs gains have stalled in recent months – and only rose in recent years because there had been a steady decline for more than  decade.

The fact-checkers generally took issue with just one claim in the GOP response offered by Rep. Cathy McMorris Rodgers, R-Wash. She said that, “last month, more Americans stopped looking for a job than found one.” But as the Washington Post and AP noted, the decline in the workforce has largely been due to baby boomers retiring. Just 15 percent of the decline in the labor force participation rate is due to people ages 25 to 54 becoming discouraged, the Post writes.