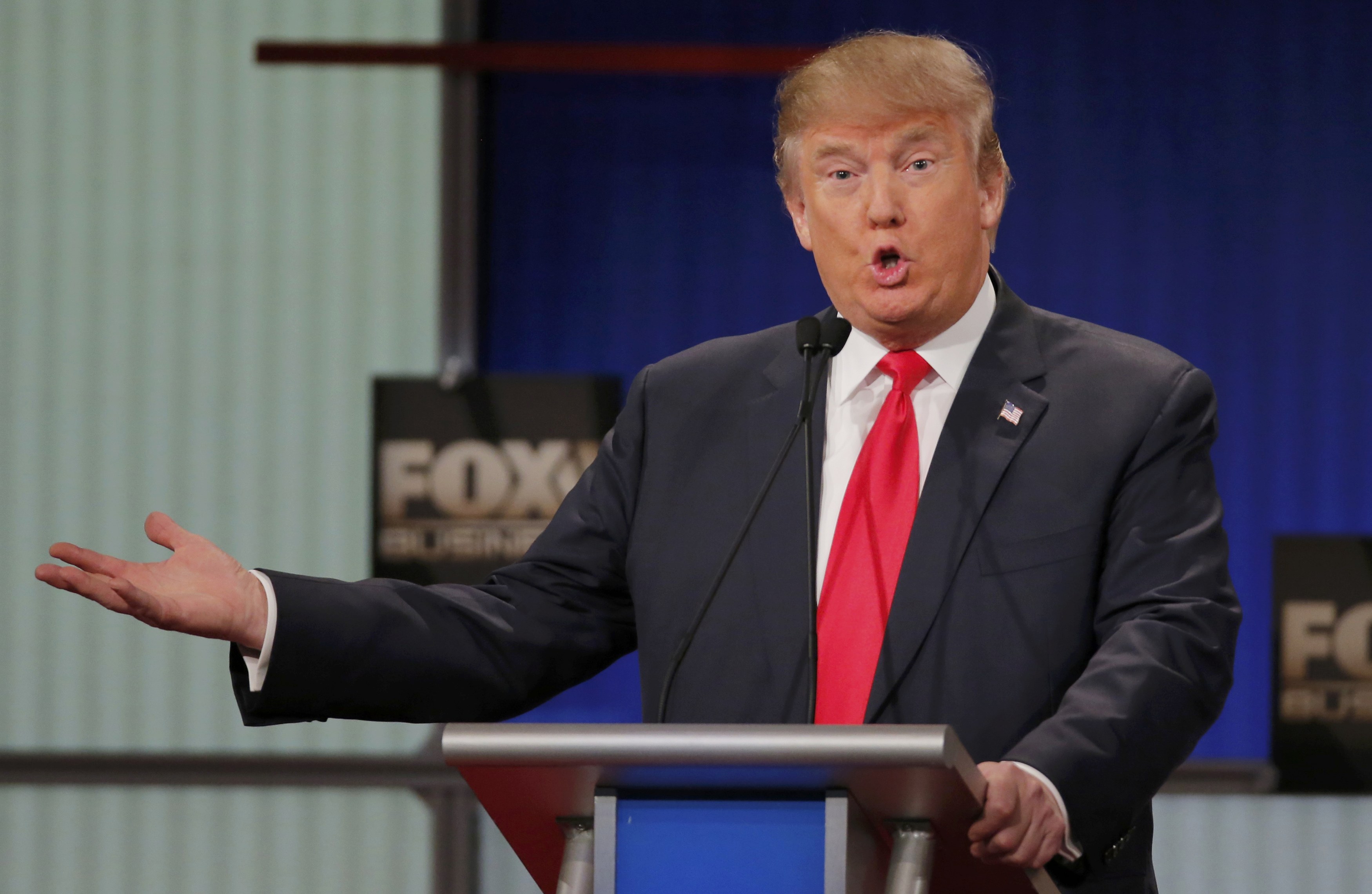 Donald Trump slammed the New York Times during Thursday's Republican debate as "always wrong," after debate moderators questioned his reported proposal to levy enormous tariffs on any Chinese exports to the U.S.

"Last week, the New York Times editorial board quoted as saying that you would propose, 'up to 45 percent tariff on Chinese goods,'" Fox Business Network's Neil Cavuto said.

Trump quickly interrupted: "That's wrong. They were wrong. It's the New York Times. They are always wrong."

The original Times report from last week quoted the billionaire as saying "I would do a tax. And the tax, let me tell you what the tax should be...the tax should be 45 percent."

But Trump explained Thursday that "What I said to the New York Times, is that, 'we have great power, economic power over China and if we wanted to use that and the amount -- where the 45 percent comes in, that would be the amount they saw their devaluations that we should get.'"

The newspaper has now released over four minutes of audio from their interview with Trump -- and it proves that the Times correctly characterized the GOP contender's proposal.

About forty seconds from the end of the tape, one staff member can be heard asking, "So what would you do as president to - to - to put pressure on China?"

"I would tax China coming in, products coming in," Trump responded.