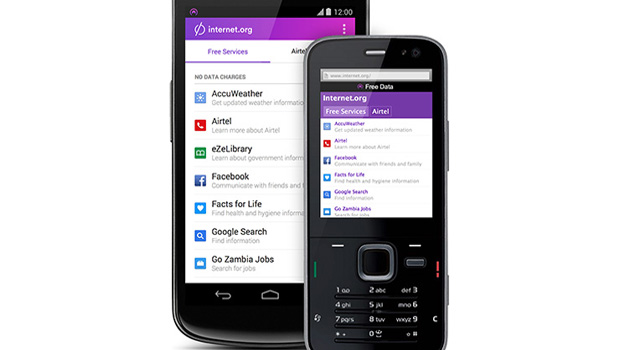 Facebook's Internet.org project is taking another step toward its goal of bringing the Internet to people who are not yet online with an app launching Thursday in Zambia.

The Internet.org app will give subscribers of Zambia's Airtel phone company access to a set of basic Internet services for free. Users of the app won't incur the data charges that can be prohibitive for many people in developing nations. Facebook has already been working with mobile operators around the world to offer its own service free of charge to phone subscribers - think of it as a gateway to the rest of the Internet.

Online services accessible through the app range from AccuWeather to Google search, Wikipedia, a job search site as well as a breadth of health information. Facebook's own app, along with its Messenger service, is also included. The app will work on Android phones as well as the simple "feature phones" that are used by the majority of people in Zambia, said Guy Rosen, product management director at Internet.org.

If users click on a link that takes them outside of the 13 predetermined services, they will get a warning that they may incur data charges. One thing missing from the features is email. Many people who are new to the Internet in developing nations don't use email, opting to use messaging apps or social media sites instead.

"Zambia is a country with 15 percent Internet penetration," Rosen said, adding that this makes for a "huge amount of people that we can connect."

Zambia's population is about 15 million according to the CIA World Factbook.

The app will spread to additional countries down the line, but Rosen did not say which ones.

Internet.org estimates that about 80 percent of the world's population that isn't online lives at least within basic 2G cellphone range. As such, Facebook CEO Mark Zuckerberg has said that making connectivity affordable and convincing people that the Internet is something they need are bigger hurdles to connecting people than "satellites or balloons."

That said, Facebook has also acquired a satellite company, just to ensure all its bases are covered.