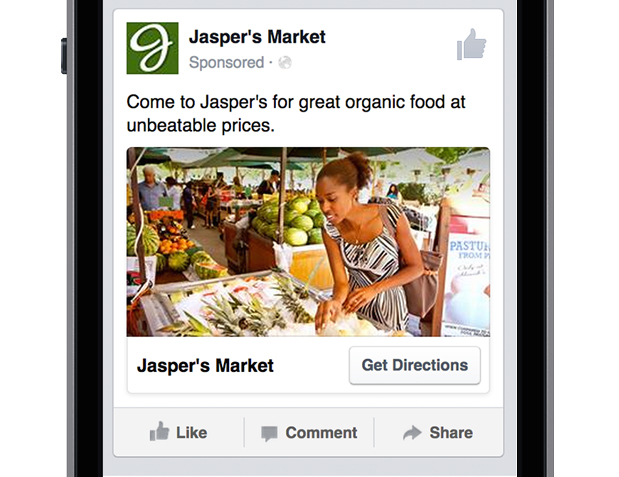 Facebook is expanding its mobile advertising options with new local awareness ads, intended to lure potential consumers and their cash to nearby businesses.

The location-based ads will be available to advertisers in the U.S. over the coming weeks, and will debut globally in the next few months. Ads will be served to mobile audiences based on a Facebook user's whereabouts, whether they are a local consumer or an out-of-town visitor who happens to be in range of a nearby business.

While designed to drive local business awareness, and ultimately, brick-and-mortar sales, the social media site claims that the customizable ad options were designed with "consumer privacy in mind," for those that have disclosure concerns.

Facebook has come under fire over a recent string of privacy issues, including concerns over revealing personal information via its Messenger app.

Facebook explained to CBS News that users have control over the location information they choose to share with the social networking site, and they will only see these new targeted ads if they "enable" location services on their mobile device.

"Facebook does not tell advertisers which specific people are in any audience, and as with our other advertising products, all audiences must meet a minimum required size," the company told CBS News.

On the business side, advertisers select locations (rather than individuals) for each local awareness ad by entering a businesses's address and radius location where they wish to advertise. Facebook's system builds an audience for the ad comprised of nearby Facebook users, and displays a map for owners to see where their ad is displayed.

The latest ad initiative is part of the company's broader effort to expand advertising outreach. As reported on CNET, Facebook recently introduced its Audience Network, which allows app makers to insert ads from its network into their respective programs.

Last month, the company also announced Atlas, a new independent platform for advertisers that helps them serve and measure non-Facebook ads across websites and apps.