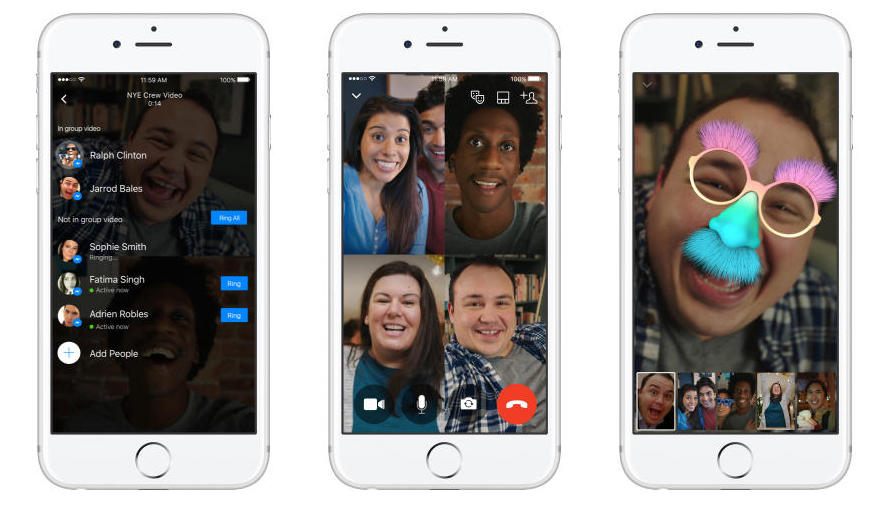 The holidays just got a bit more social — Facebook has introduced the ability to group video chat on its popular Messenger app.

The ability to chat in groups was the most requested feature on Messenger, Facebook product manager Stephanie Taine said in a company blog post. Facebook started rolling out group video chat on Android and iOS devices and the desktop Messenger app on Monday.

Here’s how it works: first, open an existing group chat on Messenger or create a new group, then press the “ring all” button, and all participants in that group will be notified to join your video chat.

Up to six people can join and be seen and heard at one time. If more than six people join in, just the person speaking at the moment gets the limelight. As many as 50 people at a time can participate in a group video chat, and it’s free to use over Wi-Fi.

​The future of food: Bugs, chemical elixirs and apps

DNA is going digital – what could possibly go wrong?
Thanks for reading CBS NEWS.
Create your free account or log in
for more features.
View CBS News In
CBS News App Open
Chrome Safari Continue
Be the first to know
Get browser notifications for breaking news, live events, and exclusive reporting.