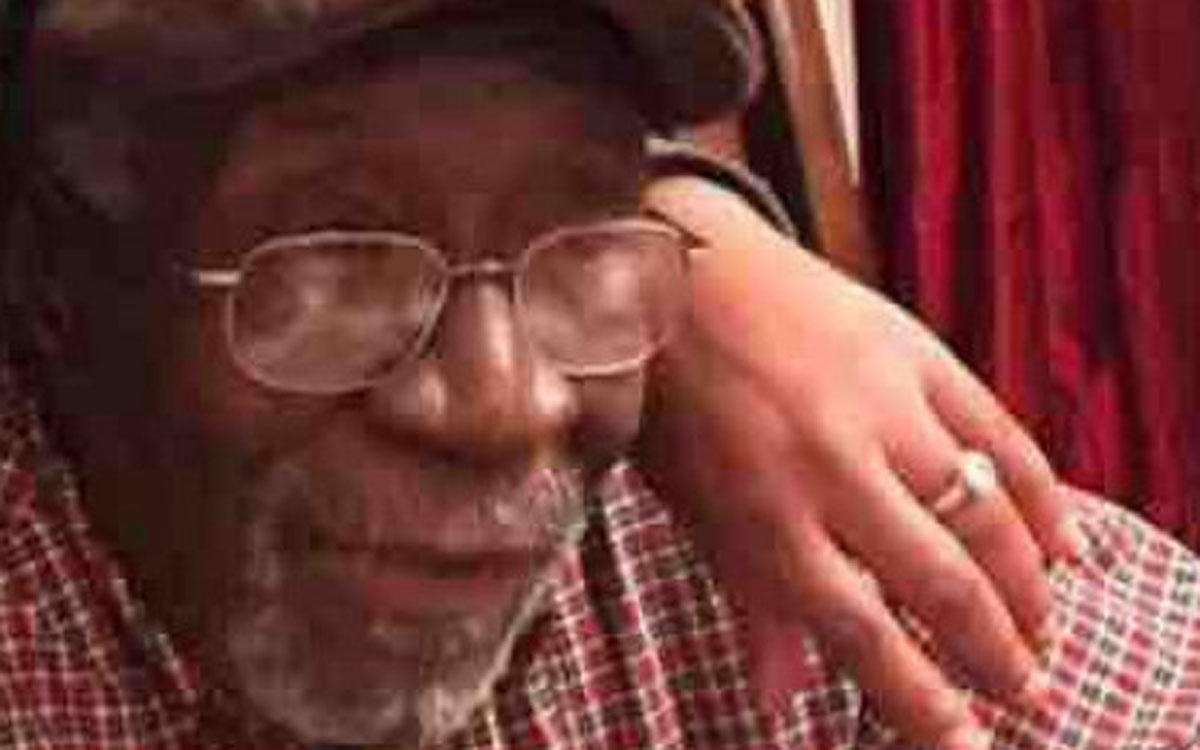 CLEVELAND -- The 74-year-old man killed in an apparently random shooting that was video-recorded and later posted on Facebook is being remembered as a “sweet man” and devoted grandfather.

Police and the FBI in Cleveland said Monday that the search for Stephens has expanded to other states, and that residents of Pennsylvania, New York, Indiana, Michigan and Ohio, in particular, were asked to be on alert.

Debbie Godwin, the victim’s daughter, told Cleveland.com that she and her family are still reeling from her father’s killing. She said her father left behind nine children, 14 grandchildren and a lot of great-grandchildren.

The retiree often fished in lake Erie, and he also collected aluminum cans to turn in for money -- something he was doing when Stephens targeted him.

In the video, which appeared shaky, Stephens got out of his car and approached Godwin, who was holding a shopping bag. Stephens said the name of a woman, whom Godwin didn’t seem to recognize.

The woman Stephens was referring to, Joy Lane, told CBS News in a text message that she had been in a relationship with Stephens for several years, saying “I am sorry that all of this has happened.”

Cleveland Police Chief Calvin Williams said Godwin was “minding his own business, going about his day on Easter” when he was gunned down for apparently no reason. He called the killing “senseless.”

Debbie Godwin told Cleveland.com her father had a good retirement plan from his years as foundry worker, and collecting cans was “just something to do.” He also fixed cars on the side to help support his family when he was working.

“We called him the junk man,” she told the Associated Press. “He’d pick up things off the street and fix them. He picked up bikes and he fixed them.”

She said her father was “a great man, a sweet man.”

“All my life, all I’ve ever known for my dad to be a provider,” Debbie Godwin told Cleveland.com.

Speaking to CBS affiliate WOIO, a distraught man and a woman identified themselves as Godwin’s children.

“It feels like my heart is going to stop,” the woman said.

Both Debbie Godwin and her brother Robert Godwin Jr. told the website they don’t want to watch the video of their father’s killing.

“No, I’m not going to watch it,” Debbie Godwin said. “I don’t want to see anybody murder my father, absolutely not.”

Robert Godwin said he wants to see the suspect caught, because he fears he could kill again. Speaking at a Monday afternoon press briefing, Williams said a national search is underway and he called on Stephens to turn himself in.

He said his agency hopes to find Stephens and bring closure to Godwin’s family.

“We know their hearts are heavy, and we’re trying to get this resolved,” Williams said.

Dozens of family, friends and community members gathered Monday evening in Cleveland for a vigil to remember Godwin. They hugged and comforted each other, while urging an end to the violence on their city streets.

CBS affiliate WOIO was at the vigil and reports balloons and stuffed animals mark the spot where Godwin’s life ended so senselessly.

Godwin was a father of nine and had 14 grandchildren. His young sons struggled through tears at the vigil to talk about how much they love their father.

“He killed my daddy for no reason,” said Marshawn, 8, as he cried.

Godwin’s family was in the middle of planning a birthday party for his son Terrell.

“He always loved me,” said Terrell, who is about to turn 11 years old.

Their mother, Angela Small, had strong words for the shooter.

“This is his son, three days before his birthday. He ain’t got no daddy,” she said. “You see what you did to my babies?”

Small is the mother of Robert’s two youngest sons.

She says Robert loved gospel music and fishing and spending time with his two youngest sons.

“We need him to turn himself in. You already took one life. You done took our family and turned it upside down. And you need to turn yourself in, nobody else needs to get hurt,” she said.

Social media has lit up with condolences for the Godwin family:

Steve Stephens is considered armed and dangerous. A reward of up to $50,000 has been offered for information leading to his arrest.