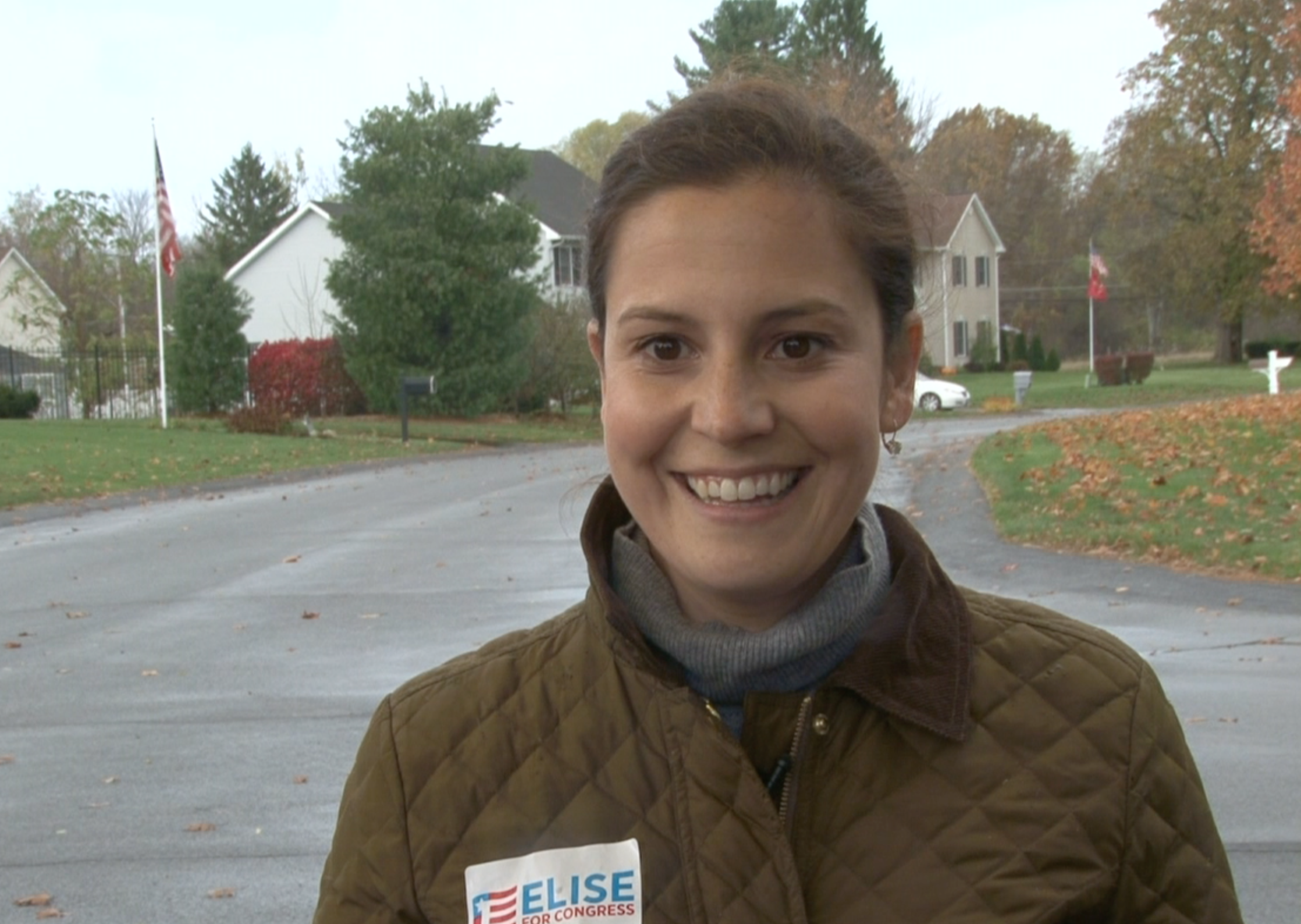 New York Republican Elise Stefanik, the youngest woman ever elected to Congress, may have gone to college with Facebook founder Mark Zuckerberg, but it's Facebook's COO, Sheryl Sandberg, whom she cites as a major influence on her decision to run for office. Stefanik praised Sandberg's best-selling book, "Lean In: Women, Work, and the Will to Lead," and said she hopes her own example inspires more women to "step up to the plate" to run for office, as she prepares to be sworn into office on Tuesday.

In an interview with "CBS This Morning" Anchor Norah O'Donnell, Stefanik described Sandberg's best-seller as "very important to my formulating my decision...to run for office." The 30-year old Harvard graduate, a rising star in the Republican party, said Sandberg's book resonated with her, as a young professional woman. Sometimes, she said, women like her "hold themselves back from not seeking the next professional step, whether it's a promotion or whether it's running for office."

Sandberg's affiliation with Democrats didn't make a difference to Stefanik. The former Bush White House staffer and aide to 2012 Vice Presidential candidate Paul Ryan says she's ready to "bring compromise back" to Washington by "building relationships across the aisle."

In November, Stefanik easily defeated Democrat Aaron Woolf, 55 percent to 34 percent, in a contested district which went for President Obama in 2012 and had been held by retiring Democratic Rep. Bill Owens since 2009. Despite her commanding victory in the end, it was a bruising race for the native New Yorker. "I was rowing the boat alone against a tide, running against an incumbent in 2013," she said, before Congressman Owens announced his retirement in January 2014. Stefanik said the negative ads about her were hard for her family to watch, but she would simply tell them, "It's okay, I have a thick skin."

The incoming 114th Congress will have a record 104 women when it convenes on Tuesday. Stefanik would like to see even more women in Congress and considers herself a role model for young girls and other women. "I hope to encourage more women to step up to the plate and regardless of their political affiliation or for their views. Because we deserve a seat at the table."