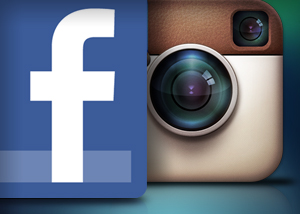 (CNET) - There's a lot of speculation today about why Facebook would spend $1 billion to acquire the uber-hip photo-sharing app Instagram.

To some, it seems obvious; to others, it's the biggest sign yet of a growing Web bubble. To me, it just raises question after question, and the biggest one is "why." What does Facebook gain from buying Instagram?

Users: Instagram has 30 million users and a potentially huge influx of more, thanks to its recent expansion onto the Android platform. Instagram CEO Kevin Systrom says he thinks Instagram should easily reach 100 million user - that's significant engagement, for sure.

But Facebook doesn't need users. Facebook has users - some 850 million of them. And while I've argued that Facebook's growth potential is slowing, the social network could scoop up another 100 million global users with its eyes closed over the next year, especially as its global expansion increases. And I'm not sure Facebook is in the market for more users so much as it's in the business of figuring out how to make money off those users. So far, Instagram represents more users, but not any more revenue: more mouths to feed, if you will. Facebook shouldn't be after more un-monetized users, at this point.

Mobile: My colleague Rafe Needleman and others argue that mobile engagement is the biggest reason Facebook lusts after Instagram. A large (and growing) and super-engaged mobile audience and decent mobile uploading (which Facebook still lacks, for some reason): that must be it. Mobile is where it's at, after all: go mobile or die.

That doesn't feel right either. After all, mobile is both boon and bane for Facebook. Again, Facebook already has mobile users: in December 2011, it said 425 million monthly active users got to Facebook on a mobile device. It has mobile apps now on every platform - the fact that they're not very good, in some cases, doesn't mean they're not in wide use. Facebook doesn't have a problem with acquiring mobile users: it has a problem making money off them.

If you believe Facebook's S-2 filing in advance of its upcoming IPO, the company is, in fact, deeply concerned that an expanding mobile base could be a serious problem for its business. Remember this?

"Although the substantial majority of our mobile users also access and engage with Facebook on personal computers where we display advertising, our users could decide to increasingly access our products primarily through mobile devices. We do not currently directly generate any meaningful revenue from the use of Facebook mobile products, and our ability to do so successfully is unproven."

So, then, why buy a primarily mobile app that doesn't currently, as far as we know, make any money?

Instagram's stated goal has been to build lots of users, then serve them ads - the song of every app maker on the market. Well, they'll probably get a lot more users from a Facebook purchase, but how long does it actually take to make back a billion dollars, especially when no one has yet managed to rake in significant dough from mobile ads? It seems to me that an acquisition like this could actually deepen Facebook's mobile woes, at least in the short term. Yes, Facebook needs to be mobile, but isn't Instagram just another pressure point?

Competition: As investor Chris Dixon put it on Twitter, "Giving up 1% of your market cap to take out your biggest threat is a savvy move."

That's an argument that could have legs. Instagram CEO Systrom told Venture Beat that it plans to "help every user on earth share their lives and discover the world through a series of beautiful images." (Emphasis added.) That's an ambition worthy of Mark Zuckerberg himself, and Android expansion is a major step in the world domination direction.

Photo filter apps are hardly the precious commodity they were when Instagram was still frustratingly iPhone-only. Lightbox, PicPlz, Little Photo, Magic Hour ... here's a list of just 10 apps that easily replace the filtering capabilities of Instagram on Android, and there are many more out there.

And if it's filters plus a new community to sign up for that you're after, why, Facebook and Instagram competitor Path are also on Android. I'd argue, however, that considering the wide breadth of Android users, most of them are not, in fact, in search of yet another hip new photo-sharing network to sign up for, which is its own potential growth issue for Instagram. If Android users already have Picasa for photo sharing, lots of good app replacements for applying filters, Facebook for social networking, and Path for all of the above, is the hipster allure of Instagram enough to get them signing up in droves? Or is that just the San Francisco Bay Area bubble talking?

Data: OK, so if it's not users, it's not mobile, and it's not taking out the competition, maybe it's just data. Instagram's 30 million users have uploaded some 100 million photos that are conveniently geo-tagged and maybe kind of personal.

Really? Facebook needs more personal data? Facebook's users upload 100 million photos a day. They're not only geo-tagged, they're also tagged with precise business locations and other people, all of whose information is also already on Facebook. Instagram doesn't strike me as the treasure trove of personal data that Facebook needs to finally, at long last, crack the nut on targeting ads.

The questions go on and on. There are a few answers that do make sense: the acquisition keeps Instagram away from Google and Twitter, both major competitors. Notably, it gets some decent engineering into the House of Facebook that can shore up Facebook's mobile-uploading and site-viewing interfaces, both of which badly need an overhaul. And maybe all the above data points, in aggregate, do actually add up to $1 billion in reasons.

But I can't help it: I still feel like there are more questions than answers to why this price tag makes sense. I hope Facebook isn't getting distracted by hipster buzz or the photo-sharing bubble, especially at a time when its business decisions need to be as sound as possible to shore up future investor confidence. Don't spend those billions before you've got them, guys.

Molly Wood is an executive editor at CNET, author of the Molly Rants blog, and host of the tech show, Always On. When she's not enraging fanboys of all stripes, she can be found offering tech opinions on CBS and elsewhere, and offering opinions on everything else to anyone who will listen.