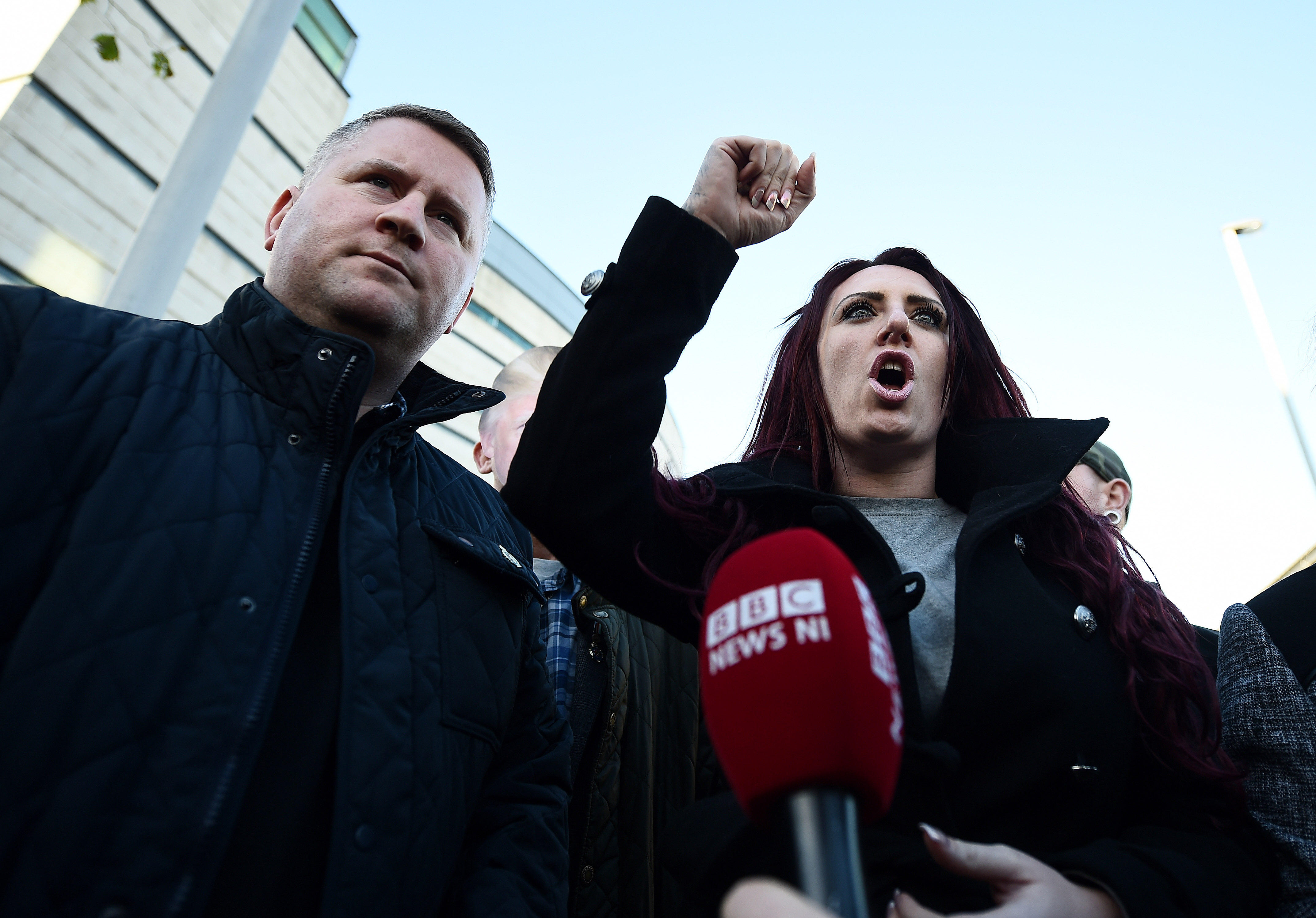 LONDON -- Facebook announced Wednesday it had removed the pages of far-right group Britain First and its two leaders for posting content "designed to incite animosity and hatred" against minorities. The move comes just days after Britain First's leader Paul Golding and deputy leader Jayda Fransen, who hit the headlines last year after her posts were retweeted by President Donald Trump, were jailed for hate crimes.

"We recently gave the administrators of the pages a written final warning, and they have continued to post content that violates our community standards.

"As a result, in accordance with our policies, we have now removed the official Britain First Facebook page and the pages of the two leaders with immediate effect.

"We do not do this lightly, but they have repeatedly posted content designed to incite animosity and hatred against minority groups, which disqualifies the pages from our service.

The social media giant said it was an open platform for all ideas, and "we are careful not to remove posts or pages just because some people don't like them".

But it warned that "there are times though when legitimate political speech crosses the line and becomes hate speech".

British Prime Minister Theresa May has been particularly vocal in demanding that social media companies act on extremist content.

Fransen, 31, was jailed for 36 weeks last week for religiously aggravated harassment, while Golding, 36, was given an 18-week term for the same offence.

May condemned his decision as "wrong", calling the group "a hateful organisation," prompting a diplomatic spat with Washington. However, Mr Trump later said he was prepared to apologise, saying he did not know the group's background.