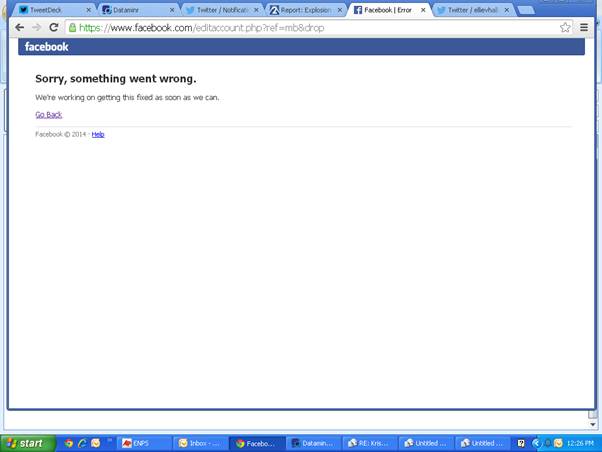 On Friday afternoon, many Facebook users encountered problems when they tried to log in. At about 12:30 p.m. ET, the site displayed an error message saying, "Sorry, something went wrong. We're working on getting this fixed as soon as we can."

A Facebook spokesperson told CBS News, "We're aware that some people are currently having trouble accessing Facebook. We're working to get things back to normal as quickly as possible." Service was back up within about 30 minutes.

But it didn't take long before hashtags #Facebookisdown and #Facebookdown were trending on Twitter.

It wasn't a laughing matter for everyone. In Los Angeles, some people were apparently concerned enough to call the police:

Others saw an opportunity to poke fun at another widely known, but not widely used, social media site.

Talk about a Flashback Friday -- MySpace even got a mention!