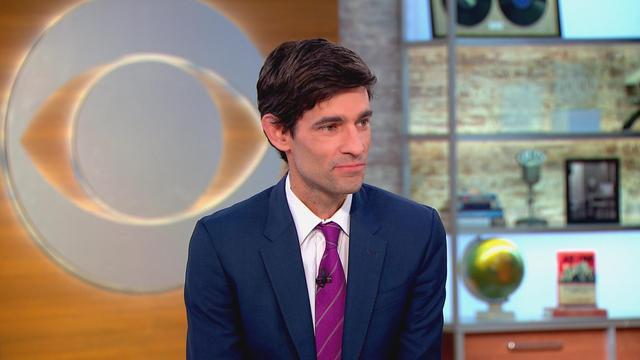 Facebook says it's taking new steps to enable users to make choices about the information they share online, and it has released a short film that highlights the company's effort to battle false news. Facebook's latest efforts to address its missteps and attempt to regain public trust come just before the rollout of a sweeping new data privacy law in Europe. Wired editor-in-chief and CBS News contributor Nicholas Thompson spoke with the team of nine Facebook employees leading that fight.

Another part of the plan to tackle the more gray areas of misinformation is Facebook's public education campaign that aims to get users involved in identifying content that is misleading.

Facebook announced Thursday it will be interrupting users' service to have them review and decide what private information they share online. The announcement comes just before Europe's General Data Protection Regulation, or GDPR, goes into effect May 25.

"Every company that does business in Europe is going to have to change the way they think about privacy," Thompson said.

While the law is designed to protect people in the European Union, its impact will also extend to the U.S. in some cases.

"It goes into the effect in the EU but it also affects EU residents who are over here, companies that have EU subsidiaries, and the large tech companies are going to want to have similar data compliance in the U.S. and in Europe. So it's going to protect us, too," Thompson said.

The new rules require consent forms to be written in simple language, no more than one page long. Companies that already hold users' data have to reach out to customers and ask for permission to retain it. Authorities can fine companies up to 4 percent of their annual revenue, or 20 million euros, whichever is higher, for breaching the rules.

"The law – it's way deeper than anybody even imagines. There are provisions in there mandating that companies think about privacy from the ground up. ... So this is a big shift," Thompson said.

As for Facebook's efforts to fight fake news, how will the company know whether it's actually succeeding? They'll turn over some of their data to academics for in-depth analysis.

"They're going to say, 'Hey, academics, you want our data, we'll give it to you and we'll even financially support you' – which is complicated – and then they'll be able to study how much false news there is on the platform and how it spreads," Thompson explained. "Right now we don't know if there's more or less than there was last year. Giving academics access will certainly help on that."