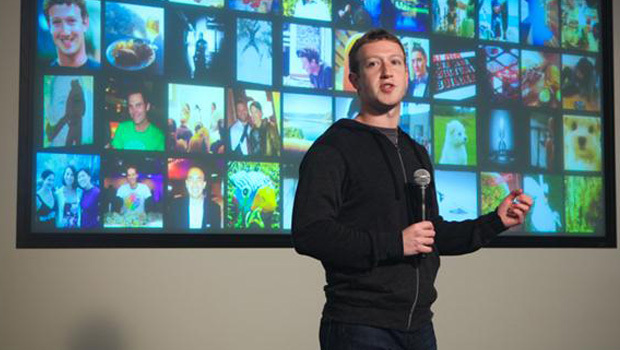 Facebook announced that it is launching a search engine for the social network called "graph search."

At a press event in Menlo Park, Calif., Tuesday CEO Mark Zuckerberg said the social network is launching a search engine that will run inside of Facebook.

"What is graph search? It's not web search," Zuckerberg told reporters.

During a comparison of graph search with a web search, Zuckerberg demonstrated that graph search will deliver answers to questions like, "Who are my friends that live in San Francisco?"

Graph search focuses on people, photos, places and interests. Users can type a question into the search bar on Facebook and ask questions. An option to refine searches is also provided.

Zuckerberg showed off other searched like: "Mexican restaurants in Palo Alto, Calif, my friends have been to" and "Photos of me and  Priscilla." The search is in still in its beta phase.

Facebook users can search for specific photos, like "photos of Berlin, German from 1989," "photos of my friends before 1990" or "photos I've liked."

Zuckerberg also touched on privacy concerns and pointed out to privacy shortcuts, which are located at the top right section of the website. The setting lets users see what photos have been uploaded, tagged and hidden from Timeline.

Facebook Graph Search is in the early stages of development. Because of a partnership with Bing, any results that cannot be found on Facebook will pull from Bing.com.

The social network was previously rumored to unveil a "Facebook phone," even though Zuckerberg has publically shot down speculation that Facebook was planning to build a smartphone.

"It is so clearly the wrong strategy for us," Zuckerberg said at a September technology conference in his first public interview after Facebook's May initial public offering. "It doesn't move the needle for us."