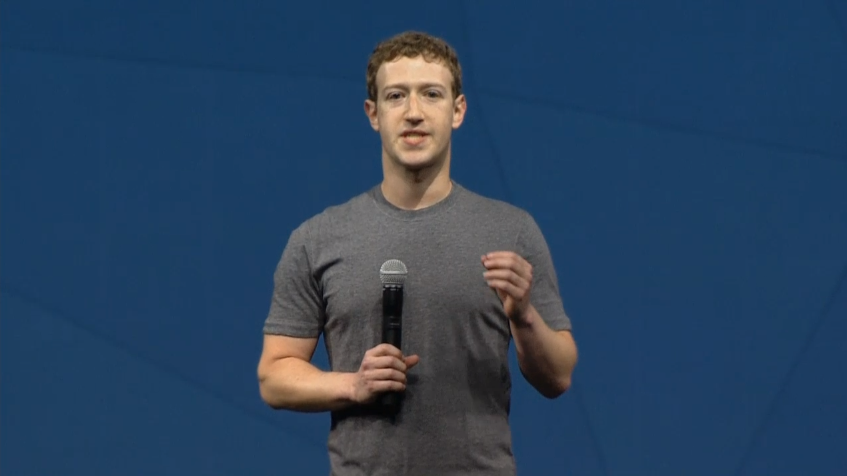 CEO Mark Zuckerberg on Wednesday addressed an audience of developers at the F8 conference in San Francisco, and unveiled a new feature called "Anonymous Login" that lets users sign up for websites without having to enter a name or email address. Zuckerberg says the move is to ensure people that they have control over how they share their information.

"We need to do everything we can to put people first," Zuckerberg said.


Anonymous Login is similar to Facebook's current login button, except that Facebook does not share identifying information with websites or apps using the feature. But because it works through Facebook's platform, members of the social network can sync apps across devices anonymously.

"You'll be able to have an experience that's synced, without the app knowing who you are," Zuckerberg said.

Facebook still has that information, but it's not sharing it with third parties.

"It's not anonymous login," Gartner analyst Brian Blau told CBS News over the phone. "You're just trying out an app without identifying your Facebook identity."

Privacy has been a hot topic in the last year. Since the revelation that the National Security Agency was collecting meta data from telecommunications companies, people have began to reevaluate what data they share with tech companies. Blau says it's refreshing to see Facebook address the issue of privacy.

"Anonymous Login goes to the heart of the messaging," Blau said. He adds that Facebook's move to add new privacy feature could help quell critics who are concerned about how data is shared.


New tools for developers were announced, including a feature called Applinks that lets developer create links to other apps by inserting a few lines of code on a website. The link inside of an app directs users to another apps, and creates a link back to the originating app, for an easy return.

Blau doesn't believe the privacy features alone are a game-changer for Facebook, but along with its ad network and app linking features, it will make difference in moving the business forward.

"They announced a lot of interesting things today -- not all of them were user focused. We'll see more of that in the future," Blau said. "They had a good start today."


Facebook hasn't held an F8 conference since 2011, when it introduced frictionless sharing. This year, Zuckerberg noted that Facebook would not be announcing a major launch, and started off the event by saying: "This is going to be a different kind of F8."

Zuckerberg closed the keynote address by saying that the last year has been especially reflective personally, with the 10 anniversaries of Facebook and meeting his wife -- and his upcoming 30th birthday. He added that to reach the next level, the company had to look to its users and address their needs.

"What you didn't hear was some new shiny direction or product. Today was about listening to you," Zuckerberg said. He added that Facebook's new goal was "to build a culture of loving the people we serve."

Zuckerberg also announced that the next F8 conference would be held on March 25, 2015 at San Francisco's Fort Mason.