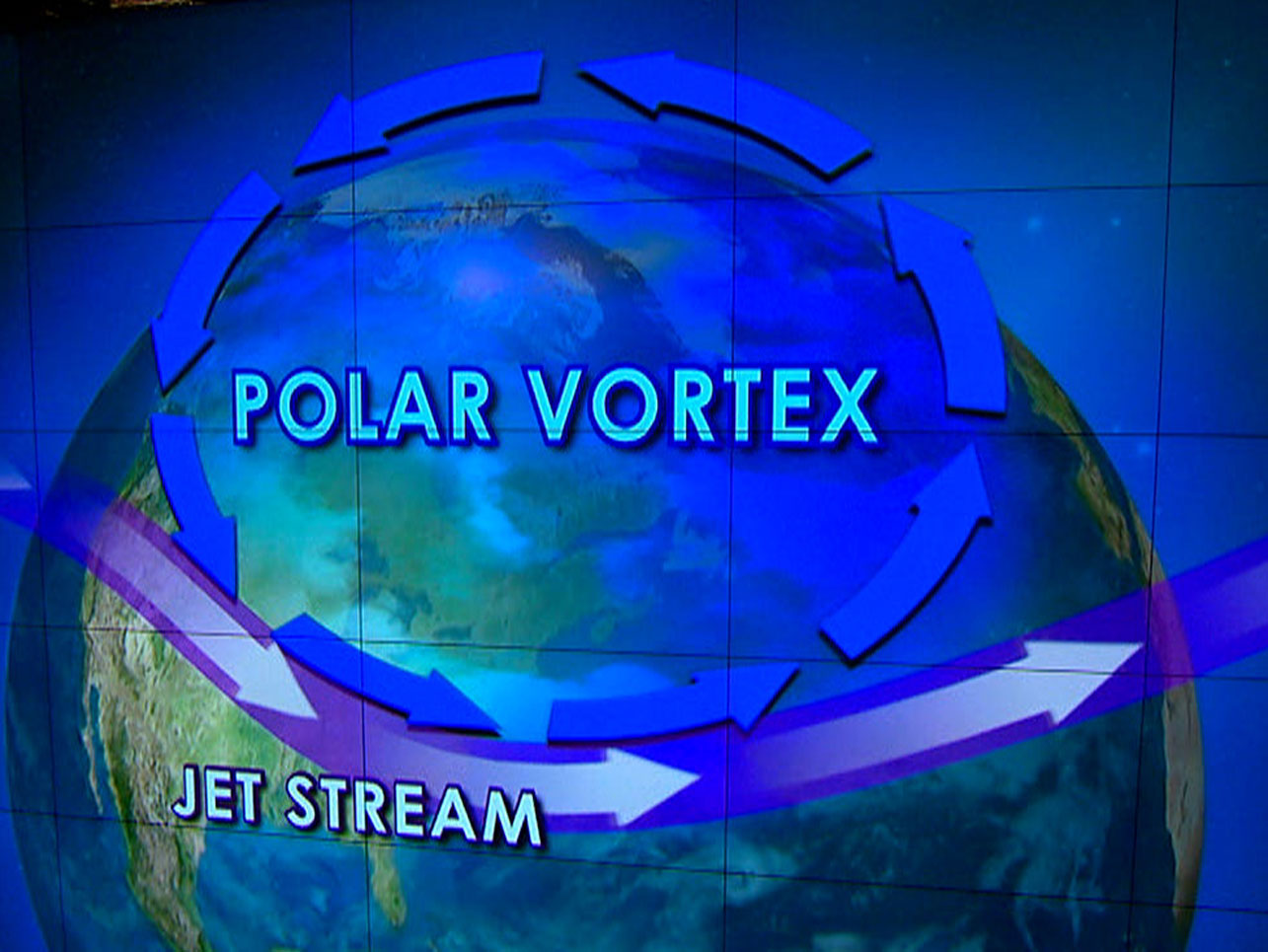 Another major storm system is hitting the South and the East while sub-zero temperatures still grip the Midwest. The winter roller coaster continues in Western Oregon and Washington state, where residents were hit with an unusual snowstorm, and Northern California got just about 20 inches of rain from a “Pineapple Express,” but that state is far from ending its drought emergency.

With many areas in the United States suffering from winter's extremes, CBS News contributor Michio Kaku joined “CBS This Morning” Wednesday to discuss what's behind the unusual weather patterns and what they could mean for the future. Kaku told the “CBS This Morning” co-hosts that “the wacky weather could get even wackier.

“What we’re seeing is that the jet stream and the polar vortex are becoming unstable – instability of historic proportions,” he said.

Kaku said to think about the polar vortex as “a swirling bucket of cold air” with walls that are weakening, causing cold air to spill out. He said that researchers think the reason the polar vortex is weakening is because of the “gradual heating up of the North Pole.

“The North Pole is melting. That excess heat generated by all the warm water is destabilizing this gigantic bucket of cold air, weakening this low pressure region, causing cold air to spill out over the United States,” he said. “So that’s the irony, that heating could cause gigantic storms of historic proportions.”

Kaku said the jet stream is playing a major role in California's drought.

"A lot of the weather from the moisture-laden air, which should go to California, is being diverted into Canada, where it freezes and it falls on your backyard,” he said. “So, in some sense, there’s a link between what’s happening in California as the jet stream diverts the moisture-laden air over Canada and then it snows on the United States.”

Kaku said this also explains why Niagara Falls is freezing as well as why it’s warm in Sochi, Russia, causing problems for the Winter Olympic Games, saying “it’s all connected.

“If you take a look at the jet stream, you see that England is flooding right now. Latin America is warm, while California has a drought. We’re talking about instabilities caused by the erratic nature of the jet stream,” he said.

“CBS This Morning” co-host Gayle King asked Kaku if there is anything that can be done about these weather systems, and he said the “bad news” is that it “seems to be irreversible at a certain point.”

Kaku also discussed what the rest of the 2014 looks like, saying it “could be one of the hottest years on record.”

Sign up now to get our daily Eye Opener email! Kick off your mornings with a look at the top headlines and all that matters -- your world in 90 seconds
View CBS News In
CBS News App Open
Chrome Safari Continue
Be the first to know
Get browser notifications for breaking news, live events, and exclusive reporting.