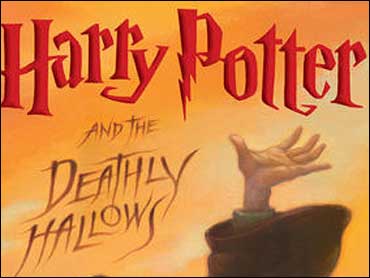 As the Harry Potter series wraps up this summer, we can look back at two remarkable narratives: Potter the boy wizard and Potter the cultural phenomenon.

Potter the wizard's fate will be known July 21 with the release of "Harry Potter and Deathly Hallows," Book 7 of J.K. Rowling's fantasy epic. Worldwide sales of the first six books already top 325 million copies and the first printing for "Deathly Hallows" is 12 million in the United States alone.

Potter the phenomenon doesn't compare for suspense, but like the wizard's tale, it is unique and extraordinary and well placed in tradition. Like "Star Wars" and "Star Trek," it is the story of how a work of popular art becomes a world of its own — imitated, merchandised and analyzed, immortalized not by the marketers, but by the fans.

"Every phenomenon is a kind of myth unto itself, a myth about how a phenomenon becomes a phenomenon. The story of how the public embraced Potter only gives more momentum to Potter in our culture," says Neal Gabler, an author and cultural critic whose books include "Walt Disney" and "Life the Movie: How Entertainment Conquered Reality."

True phenomena are never planned. Not "Star Trek," a series canceled after three seasons by NBC; or "Star Wars," rejected throughout Hollywood before taken on by 20th Century Fox, which didn't bother pushing for merchandising or sequel rights. The public knew better — the young people who screamed for the Beatles or watched "Star Wars" dozens of times or carried on for years about "Star Trek" after its cancellation.

In the beginning, "Harry Potter" simply needed a home. Several British publishers turned down Rowling, believing her manuscript too long and/or too slow, before the Bloomsbury Press signed her up in 1996, for $4,000 and a warning not to expect to get rich from writing children's books. An American publisher had bigger ideas: Scholastic editor Arthur A. Levine acquired U.S. rights for $105,000.

"I can vividly remember reading the manuscript and thinking, 'This reminds me of Roald Dahl,' an author of such skill, an author with a unique ability to be funny and cutting and exciting at the same time," Levine says.

"But I could not possibly have had the expectation we would be printing 12 million copies for one book ('Deathly Hallows'). That's beyond anyone's experience. I would have had to be literally insane."

2For the media, the biggest news at first was Rowling herself: an unemployed, single English mother who gets the idea for a fantasy series while stuck on a train between Manchester and London, finishes the manuscript in the cafes of Edinburgh, Scotland, and finds herself compared, in more than one publication, to Dahl.

"In fact, if there is a downside to Rowling's story it is the distinct danger she will be called 'The New Roald Dahl,' which would be an albatross around her slender shoulders," the Glasgow-based The Herald warned in June 1997 with publication of "Harry Potter and the Philosopher's Stone," the first Potter book.

"Philosopher's Stone" was released in England during business hours with a tiny first printing. Bloomsbury suggested that Rowling use initials instead of her real name, Joanne, out of fear that boys wouldn't read a book by a woman.

The book quickly became a commercial and critical favorite and just kept selling. In July 1998, the Guardian in London noted that Rowling was more popular than John Grisham and declared "The Harry Potter books have become a phenomenon." At the time, "Philosopher's Stone" had sold 70,000 copies.

The first book came out in the United States in September 1998, renamed "Harry Potter and the Sorcerer's Stone" for young Americans and promoted by "Meet Harry Potter" buttons. Potter was first mentioned by The Associated Press that November, when Rowling was interviewed in New York during a five-city U.S. tour. Potter appeared a month later in The New York Times, cited well down in a roundup of holiday favorites.

"When the Potter books first came out, we didn't know they would sell millions of copies, but we all read them and loved them and we thought they were the kinds of books that would really grab a child. We hand-sold the heck out of them, the same way we would with any book that was so well written," says Beth Puffer, manager of the Bank Street Bookstore in New York City.

5By January 1999, the AP was calling Potter a sensation, noting in a brief item that "Joanne Rowling has gone from hard-up single mother to literary phenomenon." In July 1999, the "p-word" appeared in long articles in the Los Angeles Times, Publishers Weekly and the Times, which observed that "Hannibal Lecter and Harry Potter are shaping up as the summer's must reads," but then added, with a bit of a wink, "Harry who?"

By 2000, Harry was a friend to millions, the toast of midnight book parties around the world. For a time, the first three Potter books held the top positions on the Times' hardcover fiction list of best sellers, leading the newspaper to create a separate category for children's books. The fourth work, "Harry Potter and the Goblet of Fire," had a first printing of 3.8 million in the United States alone. The release date became 12:01 a.m., sharp, "so everyone could come to it at the same time — no spoilers!" according to Scholastic spokeswoman Kyle Good.

Potter was pulling in all ages. Rene Kirkpatrick, a buyer for All for Kids Books & Music, an independent store based in Seattle, says the appeal to grown-ups set Potter apart. She began noticing that adults not only read Rowling, but would browse through other titles in the children's fantasy section.

"People were beginning to realize that there was some extraordinary literature written for people under 19," she says. "It doesn't feel odd anymore for adults to be seen reading children's books. ... Potter has made a big difference."

"Potter has greatly expanded the real estate for young adult fiction," says Doug Whiteman, president of the Penguin Young Readers Group, a division of Penguin Group (USA). "The teen section of a bookstore is now quite a substantial area, shopped in not only by teens, but by parents."

Meanwhile, Potter was alive and breeding on the Internet, thanks to fan sites such as http://www.the-leaky-cauldron.org/ and http://www.mugglenet.com. Potter Web masters Emerson Spartz of Leaky Cauldron and Melissa Anelli of Mugglenet agree that between 2000 and 2003 the Potter galaxy exploded again, from publishing phenomenon to cultural phenomenon. Spartz notes the release of the first Potter movie, in 2001. Anelli refers to the three-year wait for book five, "Harry Potter and the Order of the Phoenix."

"Around 2000, message boards, mailing lists, blogs were starting to form into the community hubs we have now. So the fans, who were desperately awaiting word on the fifth book ... obsessed together on the Internet, writing their own fan fiction, having huge discussions picking every last piece of the canon apart and finding whatever way possible to make the wait tolerable," says Anelli, who is writing a history of Potter, due out in 2008.

3"This built on itself exponentially until, by the time the fifth book came out in 2003, there was a rabid, active, flourishing online community that was spilling off the Net and into bookstores."

No longer was Rowling called the new Dahl. Now, publishers looked for the next J.K. Rowling. Countless works, from Cornelia Funke's "The Thief Lord" to Christopher Paolini's "Eragon," were compared to Potter. Again, a common symptom, like all the "new Bob Dylans" or the science fiction projects that followed "Star Wars," including the first "Star Trek" movie.

Along with imitators come the products: Beatle wigs, "Star Wars" sabers, "Star Trek" clocks, Harry Potter glasses. And along with the products come the spinoffs, whether business books such as Tom Morris' "If Harry Potter Ran General Electric," or Neil Mulholland's "The Psychology of Harry Potter" or John Granger's "Looking for God in Harry Potter."

"I think the reason that authors write books about J.K. Rowling's works and readers buy them is because being a fan of Harry Potter is about much more than just reading and enjoying Ms. Rowling's book series," says Jennifer Heddle, an editor at Pocket Books, a division of Simon & Schuster that is publishing Anelli and has released more than 100 "Star Trek" related titles.

"I think it is similar to 'Star Trek' in that it takes place in a richly imagined world that invites fans to immerse themselves in every aspect. I think it's even closer to 'Star Wars' because it's also a very mythic story that appeals to a broad audience that crosses all age and gender lines."

Unbounded by age or format, phenomena are amphibious creatures: The Beatles were sensations on television and film and in books, which continue to come out, and sell, more than 30 years after their breakup. "Star Trek" produced a string of popular TV spin-offs and was adapted into a series of hit films, video games and novels, just as "Star Wars" inspired its own line of best-selling books and games. A live-action TV series is planned for 2009.

4"Harry Potter and the Order of the Phoenix," the fifth Potter film, is a guaranteed blockbuster. The first four Potter movies have grossed more than $3 billion worldwide, and sales for the soundtracks top 1 million copies, according to Nielsen SoundScan, which tracks the retail market. Potter is the rare literary series to inspire a video game and is expected to have a theme park, in Orlando, Fla., by 2010.

While fads fade out, phenomena last, thanks to the same folks who got them started: the fans, the people who hold "Star Wars" conventions, play Beatles songs for their children, post their own "Star Trek" videos online or the Potter fans around the world already vowing to continue.

"I think we'll always have Harry Potter conventions-conferences, and the appeal won't end once it's off the 'new releases' shelf," Anelli says. "The mania will never be this intense again but this series will have life in the real world for a very long time."

"When something has staying power, it's because it strikes some kind of fundamental chord," Gabler, the cultural critic, says. "Kids identify with Harry Potter and his adventures; they identify with his empowerment. It's all very circular. We feel empowered by making a phenomenon out of something like Potter and Potter itself addresses the very idea of empowerment."
HILLEL ITALIE