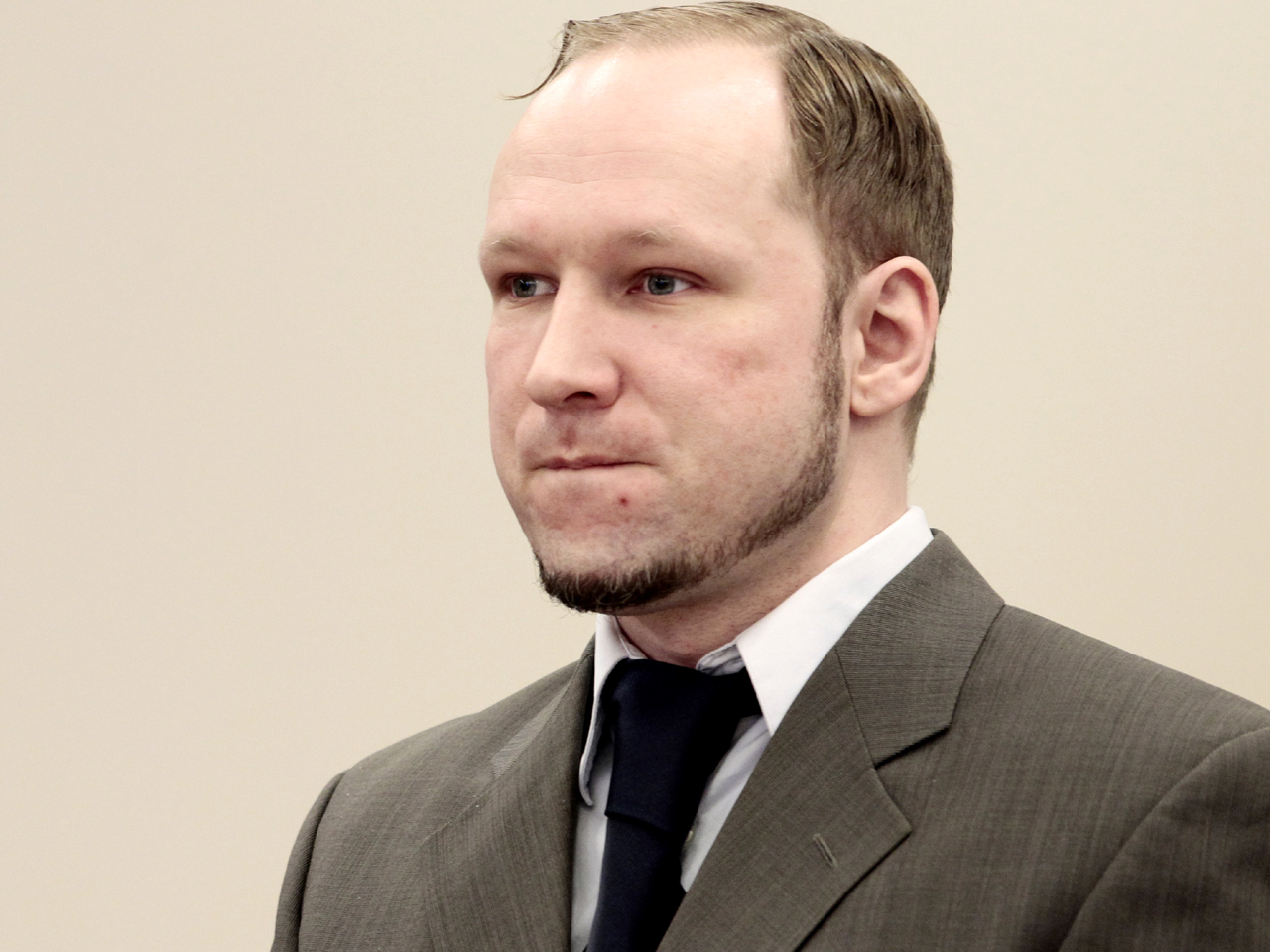 (AP) LONDON - Norwegian mass killer Anders Behring Breivik is insisting in court that attempts to label him as insane are misplaced — and some psychiatrists agree that simply committing such monstrous crimes does not mean a person is mentally ill.

The far-right, anti-Islam Breivik has already confessed to committing Norway's worst mass murder in a bomb-and-shooting rampage that killed 77 people last July. Whether or not Breivik is sane is at the crux of his ongoing trial and will determine how he is sentenced.

"Everyone's first assumption is that Breivik must be insane because he's done such terrible things," said Dr. Simon Wessely, of the Institute of Psychiatry at King's College London. "But it doesn't automatically follow that he must be mad just because what he has done is inexplicable."

In a commentary published Friday in the British medical journal Lancet, Wessely writes that explanation is too simplistic.

For the 33-year-old Norwegian to be schizophrenic — as some psychiatrists have suggested — his actions would have to be the result of delusions, or based on beliefs not shared by others.

"As ghastly as his views are, there are other people in society who believe countries are being destroyed by multiculturalism and Islam," Wessely said.

Breivik's extraordinarily well-organized and methodical massacre also undermines the idea that he was suffering from a serious mental illness.

"It doesn't tally with the kinds of disorganized crimes usually committed by people with mental health problems," Wessely said.

One Norwegian psychiatric report found Breivik to be insane, while a second concluded that he was sane. A panel of judges is hearing weeks of testimony to decide which is correct.

Breivik himself has slammed reports concluding that he is insane, describing them as based on "evil fabrications." He said earlier this week the worst thing that could happen would be for officials to declare he has a mental illness, since that would "delegitimize" everything he stands for.

Breivik claims the attacks were "necessary" and that the victims — many of whom had some ties to the ruling Labor Party — had betrayed Norway by embracing immigration.

Breivik claims to belong to an anti-Muslim militant group inspired by medieval crusaders and working with two other cells in Norway. Investigators have said they don't believe the group exists, and prosecutor Seven Holder noted that the second psychiatric report described it as a "fantasy."

Some experts said the publicly known information about Breivik and his crimes suggest he has a personality disorder, like psychopathy and narcissism. That may also be apparent in Breivik's complete lack of empathy for his victims or his tendency to remain emotionless in court.

"The way he perceives the world is probably within the bounds of normality," said Dr. Paul Keedwell, a psychiatrist at Cardiff University, who has not examined him and was not linked to the Lancet commentary.

"But because of the personality disorder, he may be overwhelmed by a sense of strong anger and indignation when he believes people are not listening to his point of view," he said.

Keedwell said it was difficult to know the cause of Breivik's condition without knowing more about his personal history. He hypothesized the crimes could have been the result of a series of bad decisions after Breivik had his mind "warped" by far-right propaganda.

"The question society has to decide is what part mental illness played and at what point he will be held accountable for his vile actions."

If found guilty and sane, Breivik will face 21 years in prison, though he could be held longer if deemed a danger to society. If declared insane, he would be committed to mandatory psychiatric care.