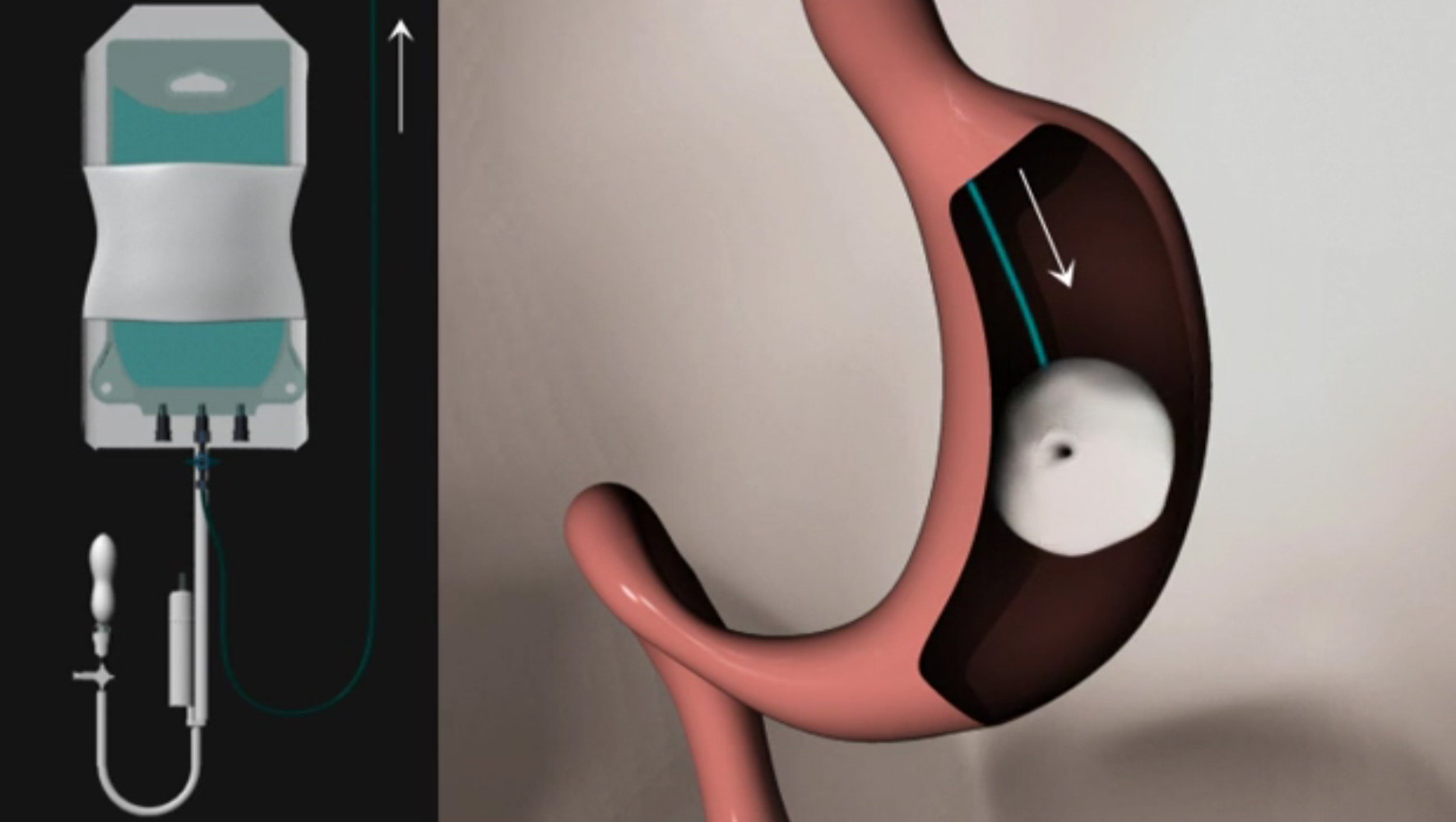 Could losing weight ever be as easy as swallowing a pill? Preliminary research suggests the answer may very well be yes.

Testing is underway to assess the potential of a gastric balloon that's packed inside a standard-sized capsule attached to a tiny catheter.

Once swallowed, this capsule descends into the stomach, where its shell dissolves. The released balloon is then pumped up with buffered distilled water via the catheter, which is removed through the mouth.

If all goes as planned, the resulting grapefruit-sized (19-ounce) ball of water fills the stomach and significantly curbs the amount of food someone can eat before feeling satiated.

After about four months, the balloon automatically deflates, at which point its thin shell is naturally excreted.

The device, called Elipse and manufactured by Allurion Technologies of Wellesley, Mass., has yet to be tested in American patients for U.S. Food and Drug Administration approval. Researchers say that under the best of circumstances, it won't be available in the United States for another two to three years.

However, early research involving 34 patients in the Czech Republic and Greece suggests that the noninvasive intervention seems safe and effective.

In four months time, patients lost an average of 37 percent of their excess weight (about 22 pounds each), the researchers report.

The device is considered an aid to weight loss, not a cure, experts noted.

"Because patients get used to feeling full so much quicker with the device, they learn portion control and get used to eating less," said study author Dr. Ram Chuttani, director of interventional gastroenterology and endoscopy at Beth Israel Deaconess Medical Center in Boston. "We anticipate that the improved eating habits patients develop will mean that a significant amount of the weight will stay off, even when the balloon is no longer in place."

The trial was funded by Allurion, and the results were scheduled for presentation Thursday in Los Angeles at Obesity Week. The annual meeting is hosted by the American Society for Metabolic and Bariatric Surgery and the Obesity Society. Because research presented at meetings hasn't gone through the rigorous peer review required of published studies, it is usually considered preliminary.

Chuttani said thicker, silicon-based gastric balloons have been available for about 15 years outside the United States. This year, the FDA approved two traditional gastric balloon systems, which require an endoscopy -- a minimally invasive procedure -- for implantation in the stomach.

This is not the case with Elipse, which is described as "procedureless."

Prior tracking of traditional gastric balloon patients suggests there are long-term benefits. For example, Chuttani said that after a year patients typically keep off about half the pounds lost while the balloon was in place. That figure dips to about 30 percent five years post-procedure, he said.

Typical side effects with traditional gastric balloons include nausea and vomiting, which was also the case among Elipse trial participants, the researchers said.

Dr. John Morton, chief of bariatric and minimally invasive surgery at Stanford University in Palo Alto, Calif., said a noninvasive approach might ultimately reach a wider pool of obese adults, given that invasive approaches are typically reserved for severely obese patients -- those with a body-mass index (BMI) of 35 and up.

By contrast, Elipse is intended for patients with a BMI as low as 27, said Morton, who is also president of the society for metabolic and bariatric surgery. A BMI of 27 is overweight but not obese. BMI is an assessment of body fat based on height and weight.

"We know the risk for mortality, and disease starts to edge up with a BMI of around 30," said Morton.

An approach that "affords the promise of earlier intervention to address the huge public health problem that is obesity" would be a great additional tool, he said.

However, noting that these new results stem from one small study, Morton said more research is needed. "But so far it looks to be quite safe and reasonably effective, so I think it's quite promising," he said.