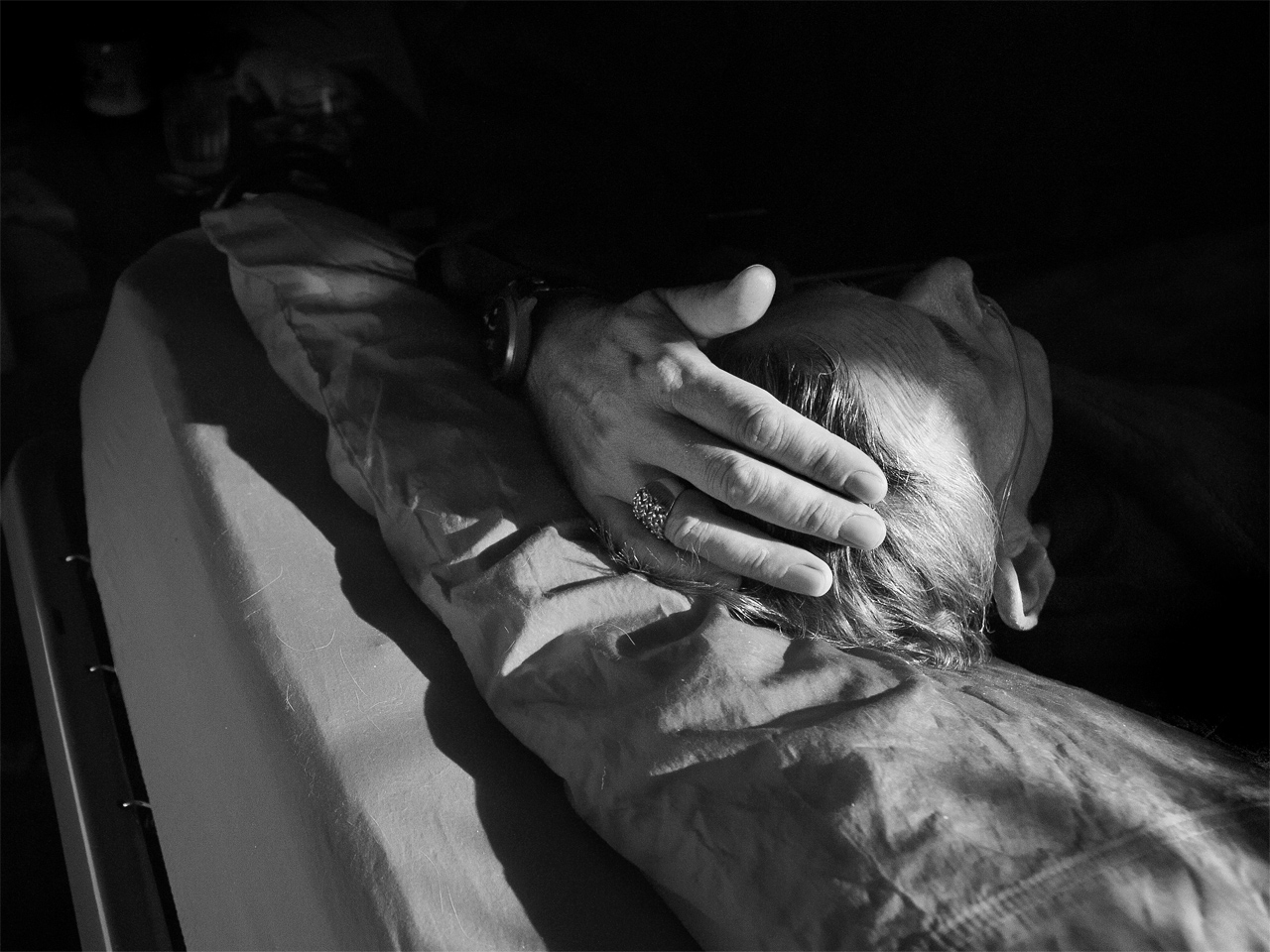 Is a hospital room full of machines and tubes really the best place to spend our final days before we rest in peace? Perhaps not. Here's Susan Spencer of "48 Hours":

At age 78 John Hawkins, a New York psychotherapist, and once an avid gardener, was near death from lung disease -- and, seemingly, at peace.

"Each time I would come into the apartment, I would give John a hug, and a kiss, you know, and welcome him, and not shy away from the physical state that he was in," said photographer Joshua Bright.

Hawkins let Bright take pictures of his last days on Earth, at home in hospice care.

Bright was hoping for insight into one big question -- what is a "good death"? -- but admits being there to see it wasn't easy.

"Being around just a human being that's dying was tough," he said. "And there's part of me that wanted to recoil."

The chemistry may have been helped by the setting -- not an impersonal hospital, but John's home, where he felt most comfortable.

"If you can have a quiet death, or a death with your loved ones around you, then it can really be peaceful and beautiful and meaningful," said Bishop.

A "good death" may sound like a contradiction of terms, but the vast majority of Americans (70 percent in one poll) do agree that if they are going to die, they would like to die at home.

Yet, only one in four actually does.

"People want to die with their families around them," said Dr. Jessica Zitter, an ICU doctor at Highland Hospital in Oakland, Calif. "And I think sometimes it's hard to do that in an intensive care unit."

Dr. Zitter sees it firsthand: "There's always something physiologically that we can tweak with our ventilators, with our dialysis machines, with our blood pressure support medications. We can always keep doing things. And so we focus on doing those things to improve that physiology."

"And not on the whole person?" said Spencer.

"Right. We're not trained to think that way."

Dr. Peter Bach, at the Memorial Sloan Kettering Cancer Center in New York City, agrees doctors sometimes overtreat in hopeless cases. "As a physician, it is the most wrenching experience to have done what you could do for a person, become close with their family, and have it not work out," he said.

But doctors, he points out, aren't clairvoyant.

"People are not walking around with a sign on their forehead saying, 'In three months I'm going to be dead,'" said Dr. Bach. "They're walking around with medical charts saying, 'I have a serious problem.' Our job is to look at that and say, 'Is there something I can do which would change that?'"

Also part of the job, Dr. Zitter believes, is being candid with patients -- giving them the information they need to make the hard decisions.

For John Hawkins, there seemed to be no regrets.

The last time he was hospitalized, recalled Campbell, "He had gone into a nursing rehab for about eight weeks. And he said, 'I can't keep doing this.'"

Hawkins decided to forego treatment -- but he did not stop living.

"We got him to start writing his memoir," Campbell said. "We were able to fill his room with flowers. There was classical music playing 24/7. He had his cats."

Hardly the first time Robert Chodo Campbell has comforted a terminal patient. A Buddhist monk, he co-founded the New York Zen Center for Contemplative Care, working with hospitals to teach medical professionals how to deal with the dying.

"I don't aspire to or subscribe to heaven and hell and God," said Campbell. "But I can tell you, at the moment of a person's passing, something very mysterious happens. Something leaves that room. And I know, each time, that there's something much greater than me occurring in this room. Much greater than the two of us."

Campbell was there when his dear friend John Hawkins died on January 9, 2013 -- a year-and-a-half since Hawkins first met Joshua Bright. Bright's photo series in The New York Times was called, simply, "A Good Death."

Hawkins' story, said Bishop, "is, in a sense, the story of any person. Unfortunately, a lot of people do experience much more difficult and more tragic deaths."

Campbell recalled, "I remember having almost my final conversation with him a couple of days before he died, saying, 'John, I think you're very close.' And he said, 'Yeah, I am.'