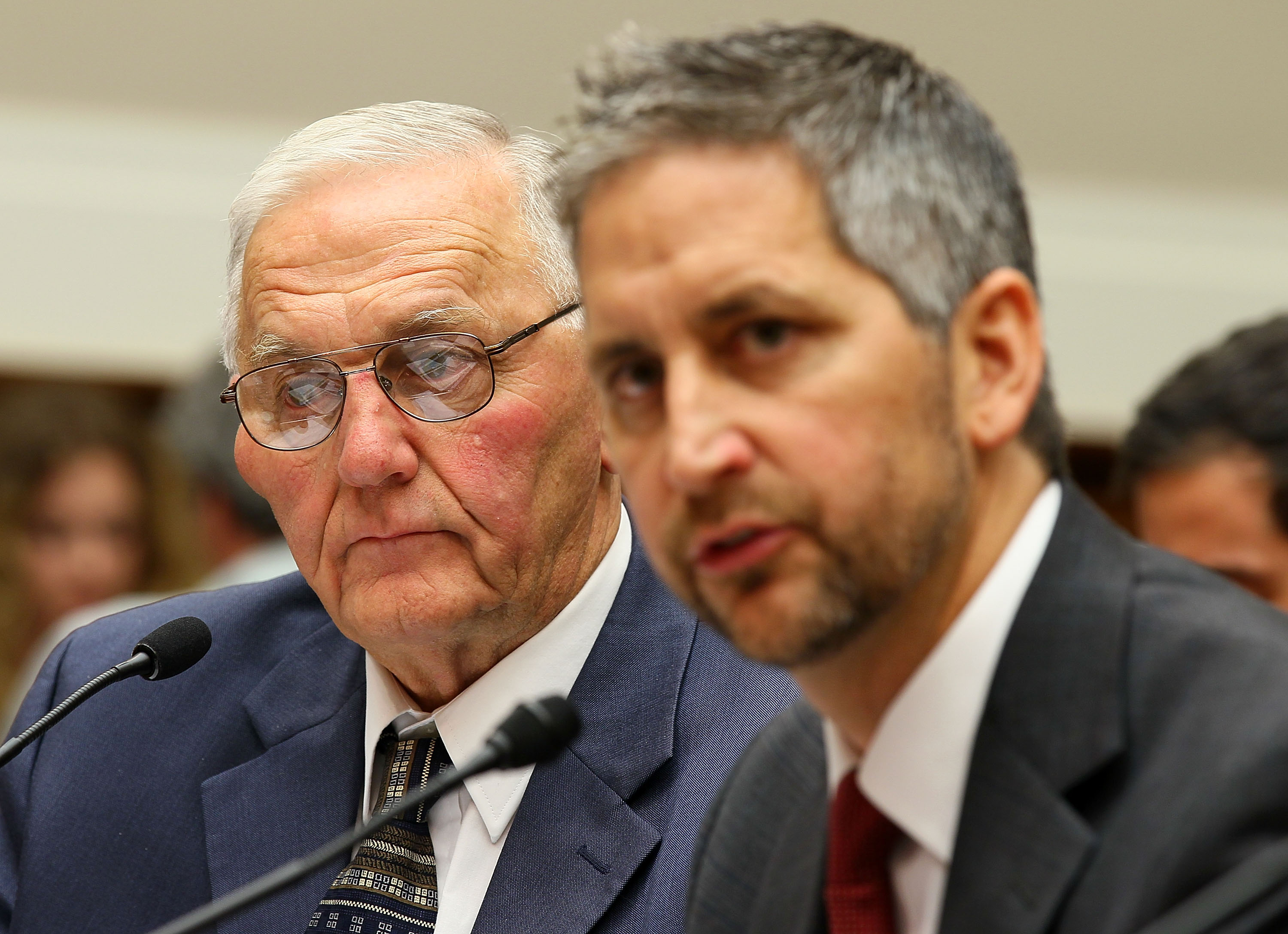 The three-month sentences handed down in federal court are noteworthy because only a handful of cases of corporate misconduct end with executives behind bars. The extent of harm caused by the outbreak and the pattern of problems led to the decision for jail time.

Austin "Jack" DeCoster and his son, Peter DeCoster, each faced up to a year in jail on misdemeanor charges for shipping adulterated food. They will remain free while appealing their sentences.

"There's a litany of shameful conduct, in my view, that happened under their watch," U.S. District Judge Mark Bennett said.

"A sentence of imprisonment is a fairly significant sentence in a case like this," said Peter Deegan, the assistant U.S. attorney who prosecuted the case.

In the past 18 months, two Colorado cantaloupe farmers were convicted and received probation in a deadly 2011 listeria outbreak, and the former owner of Peanut Corporation of America was convicted in a 2008 salmonella outbreak. The peanut executive, Stewart Parnell, also could face jail time when sentenced.

The U.S. Centers for Disease Control and Prevention linked 1,939 illnesses to the outbreak, but officials estimate that up to 56,000 people may have been sickened. Investigators argue that the DeCosters knew their Iowa egg facilities were at risk for salmonella contamination before the outbreak.

The elder DeCoster, 80, of Turner, Maine, and his 51-year-old son, who lives in Clarion, Iowa, both pleaded guilty last year to introducing adulterated eggs into interstate commerce.

"I wouldn't be surprised if the judge didn't sentence them to jail, but I'd be disappointed," food safety lawyer Bill Marler, whose firm represented more than 100 people sickened in the outbreak, said ahead of sentencing.

The DeCosters' Quality Egg company paid a $6.8 million fine as part of a plea agreement, and the DeCosters each paid $100,000.

Quality Egg has admitted that workers knowingly shipped eggs with false processing and expiration dates to fool state regulators and retail customers about their age and bribed a U.S. Department of Agriculture inspector at least twice to approve sales of poor-quality eggs. It's unclear when or how the DeCosters learned about the bribes, but prosecutors said that shows their disregard for food safety regulations.

Both Jack and Peter DeCoster said they were sorry about the harm their products caused, but they still generally defended their food safety efforts.

Jack DeCoster told the judge that he prayed for the victims of the outbreak to recover, but he wasn't worried about his court sentence.

"God is the one I'm worried about," Jack DeCoster said. "You can throw me in jail, your honor. That's all you can do to me. I've got to meet up with God one day."

Even if the DeCosters hadn't received jail sentences, Marler said he believes the case along with several other high-profile prosecutions in food cases has made an impression on food producers he meets at conferences or in courtrooms.