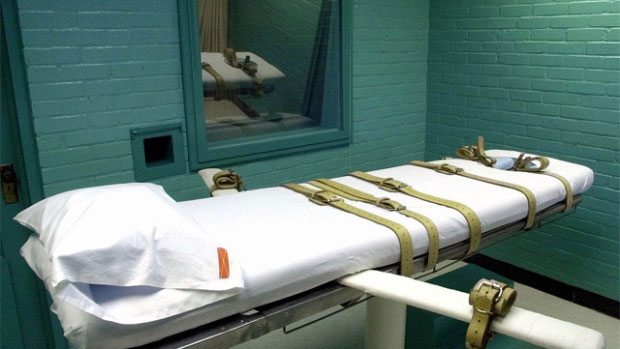 The number of executions worldwide rose by almost 15 percent in 2013, according to a new report on the death penalty by the non-profit human rights group Amnesty International.

The top five countries for executions were China, Iran, Iraq, Saudi Arabia and the United States. The U.S. executed 39 people in 2013 (down from 43 in 2012), 41 percent of them in Texas. Amnesty International reports that the global rise is attributable mostly to a spike in executions in Iran (at least 369) and Iraq (at least 169). Executions also jumped in Somalia, from six in 2012 to 34 in 2013.

Although Amnesty International considers China to be the world leader in executions, the organization has not published estimates of the "thousands" of people they believe are put to death in China since 2009 because they have been unable to obtain "reliable" data: "However," the report states, "available information strongly indicates that China carries out more executions than the rest of the world combined."

According to the report, there were no state executions carried out in Europe in 2013, and the U.S. was the only country in the Americas to execute prisoners.

Eighteen U.S. states have abolished use of the death penalty and the number of executions has been dropping since the late 1990s.

According to Richard Dieter, Executive Director of the Death Penalty Information Center, one reason for the decline is a shortage of the drugs used in the procedure. In recent years, some drug companies have stopped making pentobarbital, the sedative used as part of the lethal injection cocktail.

The reasons for this vary, but Dieter says public opinion is key. Some companies manufacture their drugs in Europe, where opposition to the death penalty is high. Others are concerned about boycotts or protests from American customers who might not believe in the practice.

This has left states scrambling, and led to the use of different drug combinations from compounding pharmacies, sometimes to ill effect. On Jan. 9, Oklahoma executed Michael Lee Wilson with a new cocktail and the condemned man's last words were reportedly "I feel my whole body burning."

Several states, including Oklahoma, Texas and Georgia have attempted to keep the source of their execution drugs secret.

"For pharmacies and drug companies it's a PR issue," Dieter told CBS News' Crimesider. "They don't want to be associated with the death penalty. [And] states want to try to protect their sources."

Courts, however, may not agree with the practice.

On Wednesday, an Oklahoma court struck down a law that kept the source of execution drugs secret, and a Georgia court is currently considering the same question. Today in Texas, a judge ordered the state to disclose the supplier of its execution drugs to two condemned inmates who sued the Texas Department of Criminal Justice.