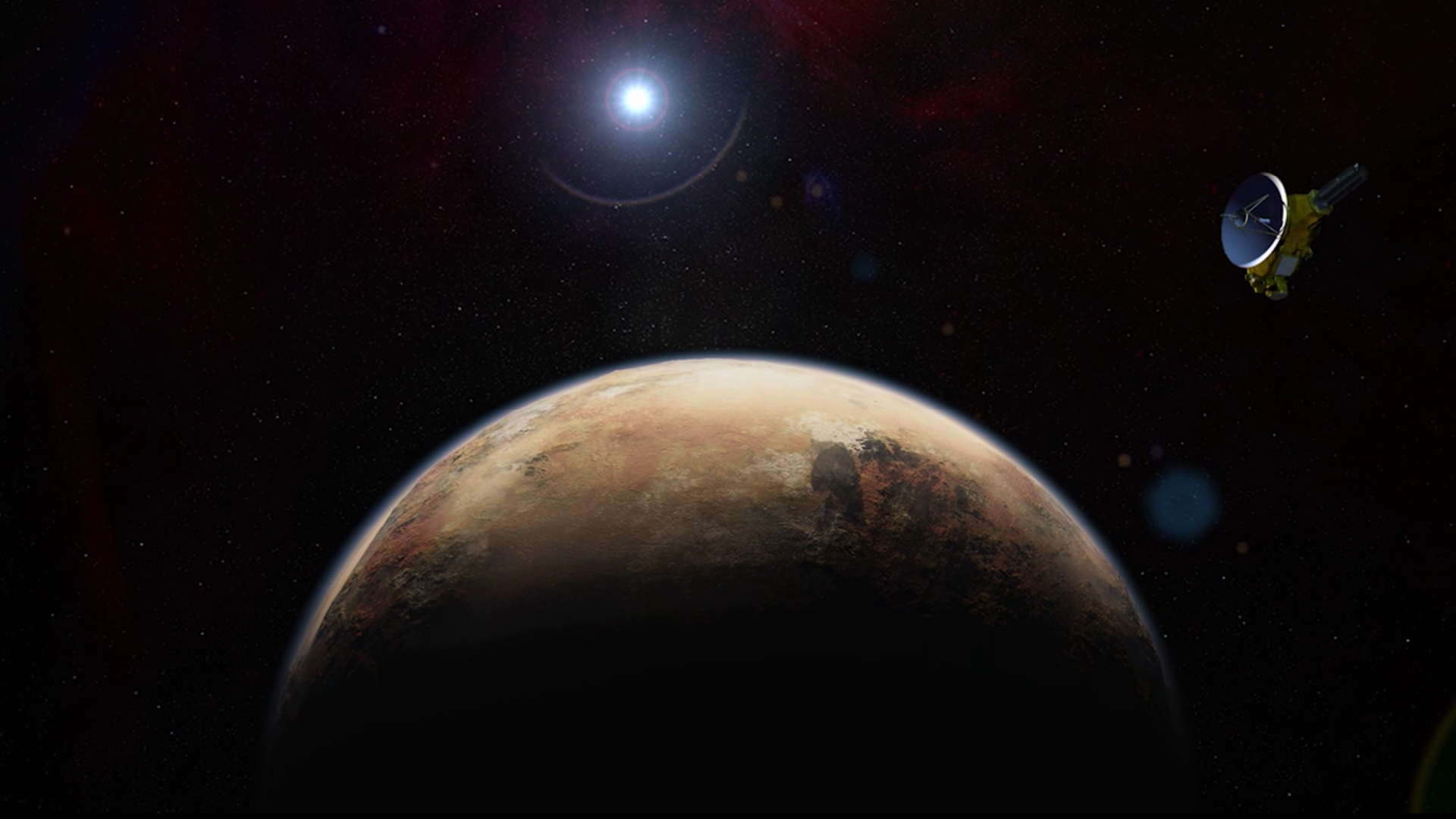 WASHINGTON -- In January 2006, the fastest rocket ever launched sent a spacecraft the size of a piano on an extraordinary mission.

Cruising at a staggering 31,000 miles an hour, it passed Mars, then Jupiter, Saturn, Uranus and Neptune. And this Tuesday, after nearly a decade and more than 3 billion miles, New Horizons will finally reach its target: Pluto, the mysterious dwarf planet.

"We are really making history and you don't get to do that very often," said Alan Stern, the mission's principal investigator.

Stern calls it the Mount Everest of planetary exploration.

"New Horizons is the last train to Clarksville," said Stern. "It's the last picture show. And in the rest of our lives, I don't expect that we will see another mission to big real estate that has not yet been explored."

A few months ago New Horizon's photos showed Pluto as a fuzzy blob. Now they show inexplicable splotches of color, which excited scientists are already giving nicknames. They call one the whale and another, they say, shows that Pluto has a big heart.

It will take four and a half hours for Tuesday's photographs, traveling at the speed of light, to reach mission control at the Johns Hopkins Applied Physics Lab in Maryland -- so we won't see them until Wednesday.

For Stern the wait is excruciating but he says it will be worth it because New Horizons will be just 7,800 miles from Pluto and the photos will be hundreds of times clearer. Stern says previous missions have taught them to expect the unexpected.

"The first missions to Mars, they didn't expect to find craters and river valleys but they did," said Stern. \

Stern is making no predictions about Pluto except to say he expects to "find something wonderful." Yes, in this time of global conflict America will soon get to share "something wonderful" with the entire world.