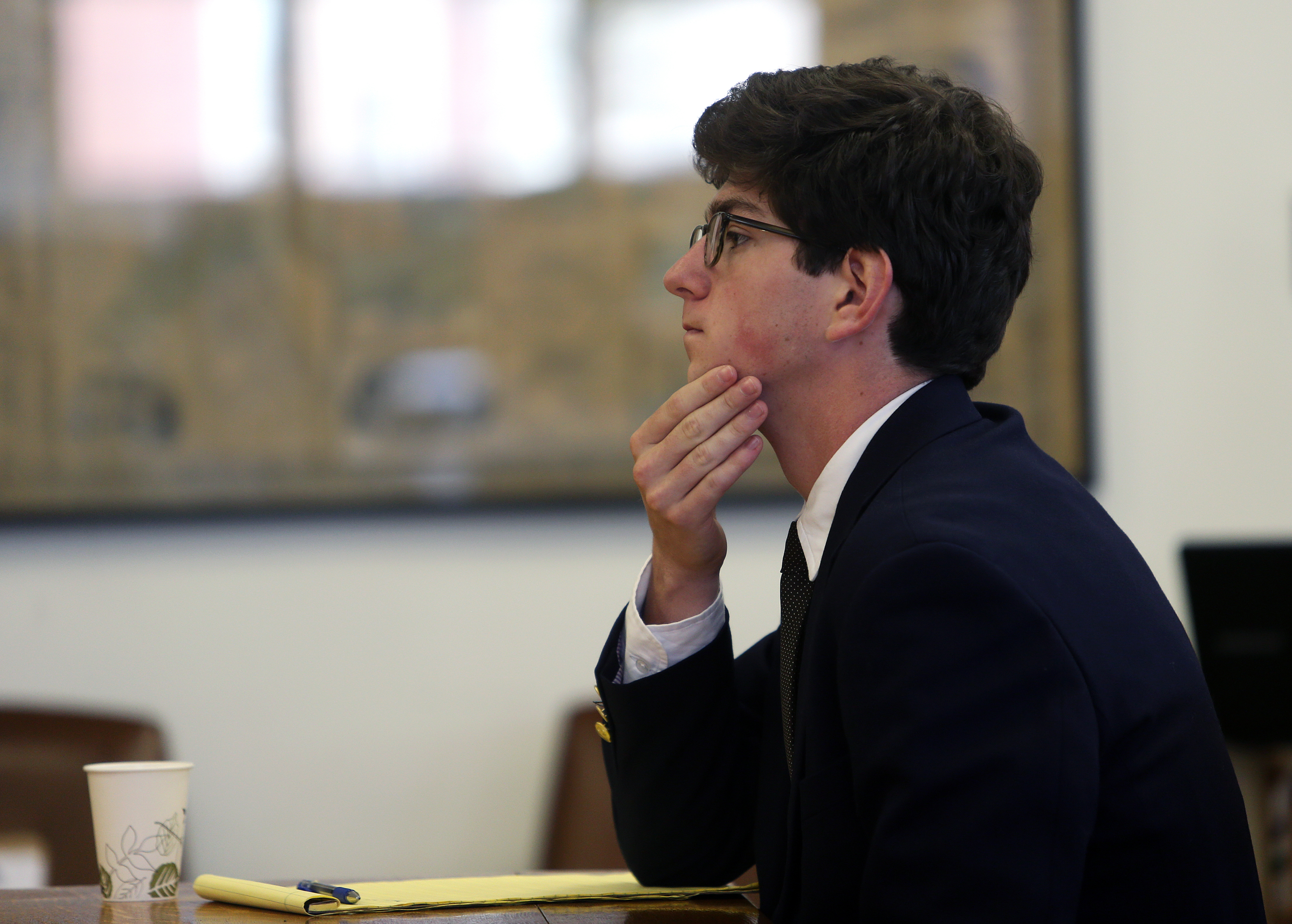 Owen Labrie, of Tunbridge, Vermont, is charged with multiple felonies. Prosecutors say he was 18 years old and two days away from graduation last year when he raped a 15-year-old girl in a building on the grounds of St. Paul's School in Concord, New Hampshire as part of Senior Salute, in which seniors try to have sex with underclassmen. The defense says the two had consensual sexual contact.

Students who testified Monday said Senior Salute could involve anything from kissing to sex, according to Boston.com.

"It was just kind of a way for people on a secluded campus to express an interest in someone else, whether it be for friendship or romantic," said Andrew Thomson, Labrie's former roommate.

While others testified that Thomson and Labrie were in a Senior Salute contest, Thomson denied that account. He also said he cautioned Labrie against having sex with the girl because she was younger but Labrie later made a comment suggesting he did.

Another student said he helped persuade the girl to accept Labrie's invitation to take part in the Senior Salute tradition but did not believe that Labrie was planning to do anything more than kiss her. He testified that Labrie initially told friends "with a smirk on his face" that he did not have sex with the girl but later told him privately that he did.

The Associated Press generally doesn't identify people who say they are the victims of sexual assault. Last week the girl, in her testimony, said she twice told Labrie "no" during their encounter and felt "frozen" when he became aggressive. She said she initially felt the sex assault was her fault for not kicking, screaming or trying to push him off.

Labrie's defense attorney tried to undermine the girl's credibility by questioning her about friendly emails she later exchanged with Labrie and highlighting discrepancies between her testimony and what she told police.

The case has cast a critical light on St. Paul's School, which boasts as alumni an international roster of senators, congressmen, ambassadors, Pulitzer Prize winners, Nobel laureates and other notables, including U.S. Secretary of State John Kerry.

Labrie is expected to testify later this week.