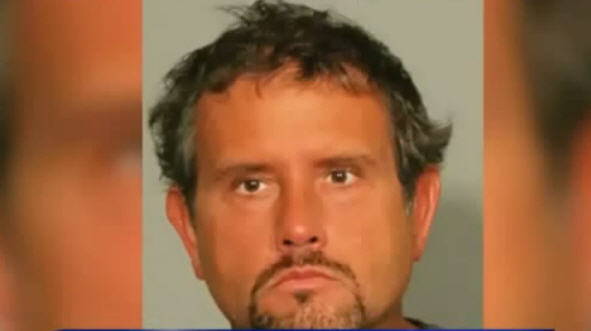 INDIANAPOLIS -- The former director of a foundation started by ex-Subway pitchman Jared Fogle begged a judge not to send him to "rot in the landfill of lost souls" before she sentenced him Thursday to 27 years in a federal prison for producing child pornography.

Russell Taylor, whose production of child pornography of 12 children played a key role in Fogle's criminal case, choked back tears as he asked U.S. District Court Judge Tanya Walton Pratt for a sentence short enough for him to someday reunite with his family.

"Please do not allow me to rot in the landfill of lost souls," Taylor told the judge, his voice cracking after he apologized to his victims and said he was deeply remorseful.

Prosecutors sought a 35-year sentence, while attorneys for the 44-year-old Indianapolis man requested a sentence ranging from 15 years to nearly 23 years.

Pratt told Taylor and his attorneys that she had taken into account Taylor's decision to plead guilty - a move that spared his victims an extended legal case - and the "substantial assistance" he gave authorities in Fogle's criminal case.

The judge said Taylor won't be eligible for release from prison until he's 65.

Taylor agreed in September to plead guilty to 12 counts of child exploitation and one count of distribution of child pornography. He admitted using cameras hidden in his home to produce pornography of the children, some as young as 9 years old.

Authorities said Taylor produced the pornography over a four-year period that ended in April after they raided his home. They said he secretly filmed the children as they were nude, changing clothes or engaged in other activities.

Taylor was executive director of the Jared Foundation, a nonprofit that Fogle started to raise awareness and money to fight childhood obesity, from 2009 until May, when prosecutors filed the pornography charges against Taylor.

Indiana authorities who raided Fogle's suburban Indianapolis home in July have said their probe began in September 2014 based on a tip to Indiana State Police regarding Taylor's sexual interest in children.

Federal prosecutors said Fogle, a 38-year-old father of two, received photos or videos from Taylor of eight of Taylor's 12 child victims and encouraged him to produce more child pornography.

Fogle was sentenced last month to more than 15 years in prison after pleading guilty to trading in child pornography and having sex with two underage prostitutes.

Taylor's attorney, Brad Banks, told the judge before she sentenced Taylor that his client is deeply remorseful for his actions, has a history of mental illness and was sexually abused as a child. He also said Fogle psychologically abused Taylor and exercised financial control over Taylor after hiring him to run his foundation.

Pratt, who also sentenced Fogle, said she reviewed the evidence, including the sexual abuse of Taylor as a child. But she appeared unmoved by the suggestions from Taylor's attorneys that Fogle was indirectly responsible for Taylor's actions by pressuring him to create more child pornography.

"The awful reality is that the defendant and Mr. Fogle shared a mutual perversion," she said.