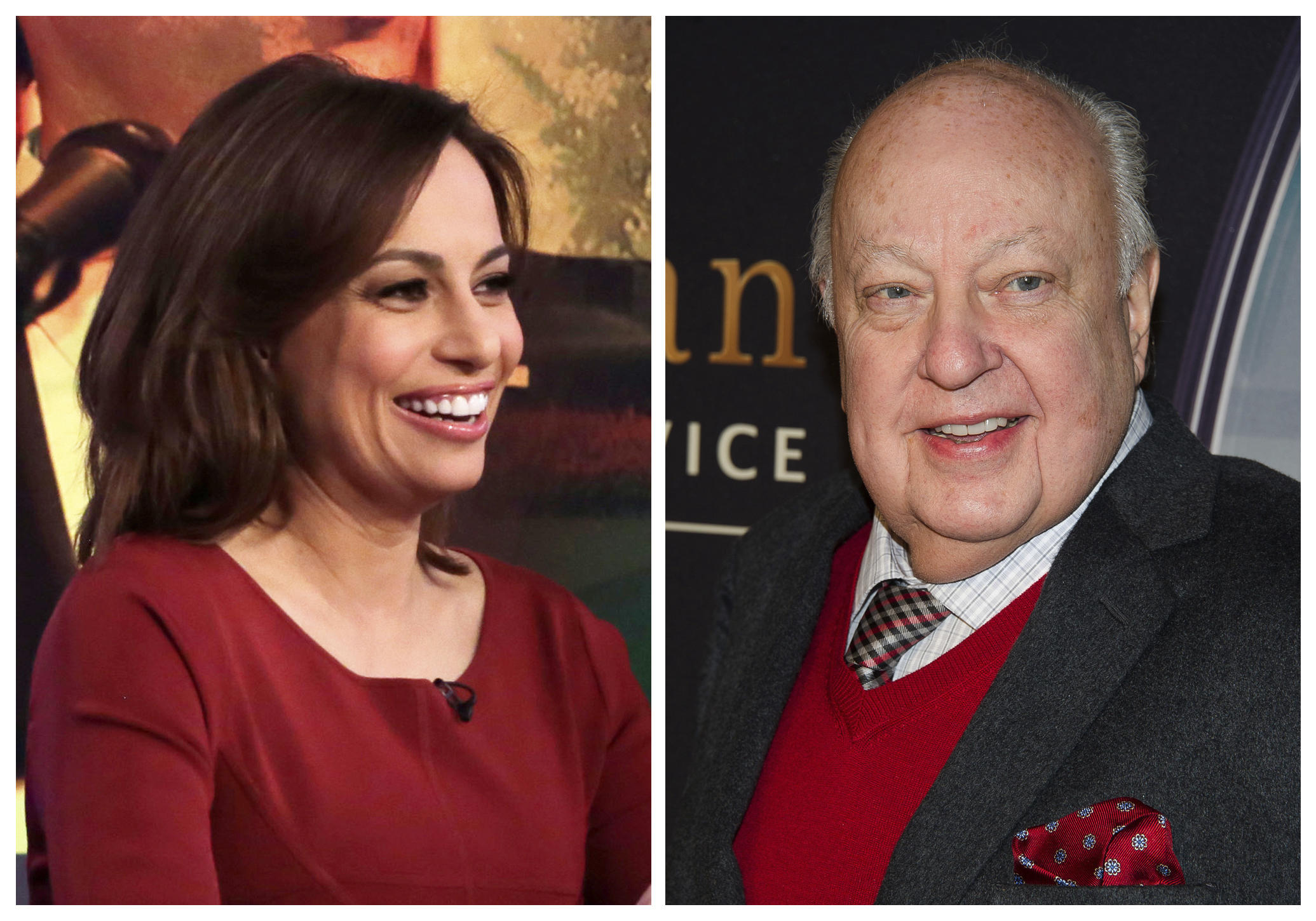 NEW YORK -- A Fox News contributor came forward to level more sexual-harassment allegations against deposed chief executive Roger Ailes on Monday, two days after it was revealed the network’s most popular on-air personality, Bill O’Reilly, has settled multiple complaints about his own behavior with women.

O’Reilly returned to the air on Monday following a weekend report in The New York Times that he and his employer had paid five women $13 million to settle allegations of sexual harassment or other inappropriate conduct by Fox’s ratings king.

He didn’t discuss the harassment allegations detailed against over the weekend in his first show back at work.

The top-rated cable news host had segments on Democrats opposing Donald Trump and a story with contributor Jesse Watters visiting Columbia University to ask if Fox News Channel was welcome there.

Meanwhile, the lawyer for another woman who says she was punished for rebuffing O’Reilly’s advances called on New York City’s Human Rights Commission to investigate O’Reilly’s behavior.

The new lawsuit against Ailes was brought by Fox’s Julie Roginsky and is notable because it accuses Fox’s current management of trying to cover up for Ailes.

Roginsky said Ailes, who lost his job last summer following sexual-harassment complaints he has denied, suggested she have sex with “older, married, conservative men.” She said Ailes would insist upon a kiss hello at their meetings, requiring her to bend over so he could look down her dress.

She was seeking a permanent role on Fox’s show “The Five.” But after an April 2015 meeting at which she turned down Ailes’ advances, he wouldn’t meet with her again, and she never got the regular role, she said.

Later, she said, she was pressured to join Team Roger, a group of people who publicly defended Ailes when the first harassment complaint made public against the Fox boss was brought by Gretchen Carlson last summer. Roginsky refused.

She said that even though Fox executives knew she had her own harassment allegations against Ailes, she was never encouraged to speak to the law firm hired by Fox News parent 21st Century Fox to investigate claims against him. And she said Fox never looked into her charges. Her lawyer would not say Monday why Roginsky never contacted the firm on her own.

Roginsky said that during a meeting in December, new Fox top executive Bill Shine told her he didn’t believe the allegations against Ailes until recently. But the lawsuit alleges Shine and other top Fox executives should have known about Ailes’ behavior much earlier.

“Shine and other senior executives kept Ailes’ conduct secret and enabled it,” said the lawsuit, filed in state court.

Fox News representatives did not immediately return messages for comment.

Roginsky said she believes Shine hasn’t given her an opportunity for advancement in retaliation for her harassment complaint and her refusal to speak out against Carlson.

Bloom said O’Reilly had told Walsh he would recommend her for a paid contributor role on the network. Walsh and O’Reilly had dinner in Los Angeles in 2013, but when Walsh refused his invitation to go to his hotel room, his attitude changed and she was soon dropped from the show, according to Walsh.

Bloom was seeking an investigation by the city Human Rights Commission. A spokesman for the commission said no claim had been filed. Claims have to address activity that happened within the city’s five boroughs and must be filed within one year of an alleged infraction.

Walsh said she came forward because she was told by a Times reporter that many of the women who have accused O’Reilly of harassment are bound by gag orders. She said she is not bound by any such agreement, and the statute of limitations for suing has run out.

“Nobody can silence me because my voice is not for sale,” Walsh said. “Nobody can buy my voice.”

O’Reilly said over the weekend he is vulnerable to lawsuits from people who threaten to cause him bad publicity unless they get paid. He said he had “put to rest any controversies” to spare his children.

“That is the real significance of this story. Because last summer they were so clear about the fact that this kind of behavior was not going to be accepted at the company and yet what my colleagues uncovered is that they’re still settling these claims,” New York Times reporter and CBS News contributor Jodi Kantor said Monday on “CBS This Morning.”

Kantor offered two theories on why O’Reilly might be getting different treatment from Ailes when he was being ousted from the company.

“One is that Bill O’Reilly is the key on-air personality at Fox News. He is the public face of the channel in so many ways. Another is that, remember, last summer Fox was still negotiating to keep Megyn Kelly, its biggest female star at the company,” Kantor said. “She’s no longer [at Fox News], but at the time, they really wanted her to stay. And as we know, she was very troubled by these kinds of harassment claims, said that she had been subject to them herself, actually.”

O’Reilly’s ratings have gone up over the past year with the intense interest in politics. Independent studies show he generates more than $100 million in advertising revenue per year for TV’s top-rated cable news network. But at least one advertiser, car company Mercedes-Benz, said it was pulling its ads from the show because of the “disturbing” allegations. A second car company, Hyundai, said it has no ads currently running on the show but was scrapping plans for future ads due to what it also called the “disturbing” allegations.