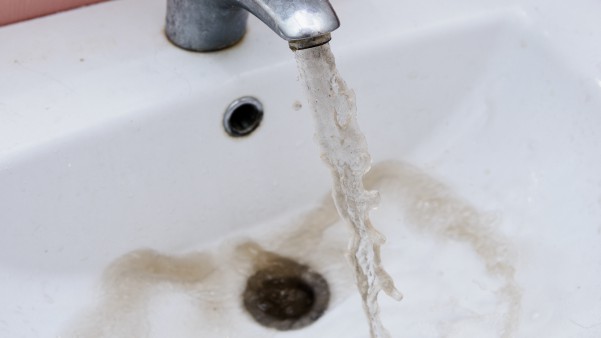 WASHINGTON -- The state-appointed emergency manager who oversaw Flint, Michigan, when its water source was switched to the Flint River says he relied on state and federal experts, but the experts failed him and the city of some 100,000 people.

Darnell Earley says in prepared testimony for the first of two congressional hearings that he was overwhelmed by challenges facing the impoverished city and relied on experts from the Michigan Department of Environmental Quality and U.S. Environmental Protection Agency to advise him.

Earley says that for months after the April 2014 switch he believed information he was receiving -- some of it scientifically complex -- was accurate.

But he says in hindsight he should have done more to challenge the experts who told him Flint's water problems were harmless to human health and geographically limited in nature.

"In relying on experts, the solutions I oversaw failed to ameliorate the troubles plaguing Flint's water," Earley says in prepared testimony for a hearing Tuesday before the House Oversight and Government Reform Committee.

The Associated Press obtained a copy of Earley's testimony in advance.

Flint switched its water source from Detroit's water system to the Flint River in 2014 to save money, but the river water was not treated properly and lead from aging pipes leached into Flint homes and businesses. Elevated levels of lead have been found in some children's blood, with lead contamination linked to learning disabilities and other problems.

The chain of events has fueled calls for Republican Gov. Rick Snyder to resign amid outrage over the treatment of the people of Flint, a predominantly African-American city. A recall effort is under way in Michigan for Snyder, who has been widely blamed for the crisis.

The governor is scheduled to appear before the committee on Thursday, along with EPA Administrator Gina McCarthy.

Problems with the Flint River water became apparent soon after the switch was made, Earley says. In August 2014, tests indicated the presence of fecal matter and other contaminants. Under state guidance, the city issued an advisory telling city residents to boil their water before using it.

But Earley says he was not overly concerned, since he was "advised by these experts" that the contaminants were "generally harmless" and could be eradicated by adding chlorine and fresh water to the system, which the city did.

Earley, a longtime school administrator and municipal official who previously served as city manager in Saginaw, Michigan, took over as emergency manager in Flint in October 2013 -- seven months after the Flint City Council approved the water switch and former emergency manager Edward Kurtz signed it.

Earley said he was given a variety of explanations for the coliform bacteria in the city's water. Explanations ranged from low-water pressure to an unauthorized connection to a sampling error, he said.

"I could only understand these reports in conjunction with the scientific interpretations" provided by state environmental officials and water treatment staff, he said.

"At absolutely no time during these boil-water advisories were the issues of corrosion control or lead leaching brought to my attention," Earley said.

Rep. Jason Chaffetz, R-Utah, chairman of the oversight panel, visited Flint over the weekend with other lawmakers.

"What happened in Flint cannot ever happen again," Chaffetz said in an opening statement prepared for Tuesday's hearing. "The people of Flint were being poisoned in their own homes by the water they used every day for drinking and bathing."

"It is almost unbelievable how many bad decisions were made" in Flint, at all levels of government, Chaffetz said.

There was a groundbreaking moment in Flint, Michigan in early March as a plumbing crew dug up a corroded lead pipe outside a home where an expectant mother and an eight-year-old girl live -- and replaced it with a copper pipe.

It was one of five house calls nurses from the Genessee County Health Dept made, part of a city-wide effort to keep track of kids with lead poisoning.

"It's gone up huge. Our numbers of families that we're seeing has exponentially grown," Larocco told CBS News.

Bradley says she drank the contaminated water throughout her pregnancy. When she first learned that her daughter had high levels of lead, "I was very, very afraid because of how young she is and I didn't know the dangers of it."

Five months after Flint switched its water supply back to Lake Huron, nearly a thousand homes still have dangerous levels of lead in the water, and 72 children are still testing positive for high lead levels in their blood.