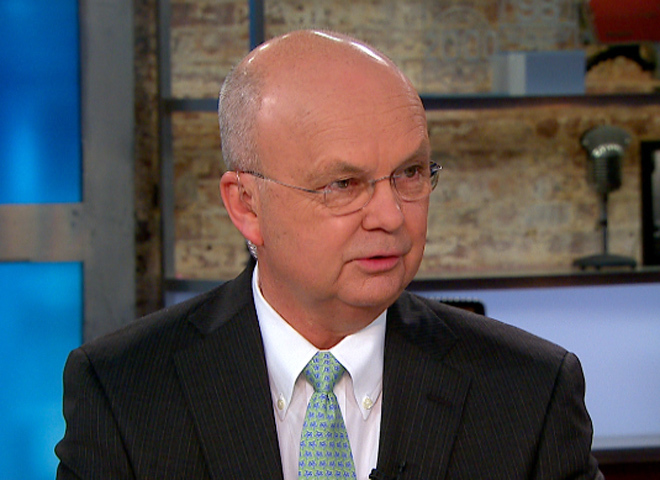 (CBS News) Gen. Michael Hayden is a former CIA director and former director of the National Security Agency. Currently, he's an advisor for Republican presidential candidate Mitt Romney and he joined "CBS This Morning" on Friday to talk about the unfolding turmoil in Libya, Egypt, and across the Middle East, and how the Obama administration and Romney campaign have handled the situation.

Despite his role in the Romney campaign, he stopped short of criticizing Obama's response to the attack. "I wouldn't call it a failed policy at all," Hayden told Charlie Rose. "We shouldn't presume that we can control events in this part of the world."

Still, he understands that the issue has become fodder for the campaign trail."We're in a political season ... I can understand that the conduct of foreign policy is a legitimate subject for political discussion."

Hayden also spoke about what can be expected on Friday, the traditional day of prayer in the Muslim world, when mosque services come to a close.

"What I would be looking for, since it's Friday and the mosques will be crowded [is] how many people demonstrate in how many cities," Hayden told Norah O'Donnell. "How close to American installations are they allowed to get, are they allowed to get in, how violent are they and finally and most important, what do these governments, many of whom are understandably quite weak ... do to protect Americans and American installations," he continued.

U.S. officials have said militants involved in the attack on the U.S. consulate in Benghazi, which left Ambassador Christopher Stevens and three other Americans dead, likely used protests against a low-budget anti-Muslim film produced in the U.S. as an opportunity to launch their assault.

But Hayden said at least some degree of planning was likely involved.

"If you look at the nature of the attack, I mean how many people bring indirect fire weapons and rocket propelled grenades to a demonstration? It was a complex attack."

He added that while U.S. intelligence has reportedly not collected any evidence determining that the attack was pre-planned, "the absence of evidence is not evidence of absence."

Many have asserted the possibility of an al Qaeda connection behind the attacks. Hayden suggested that the attack was not likely carried out by al Qaeda or a direct satellite -- or "franchise," as he called them -- but said "my sense is the group that carried this out is ... maybe not quite a franchise, but consistently inspired by al Qaeda."