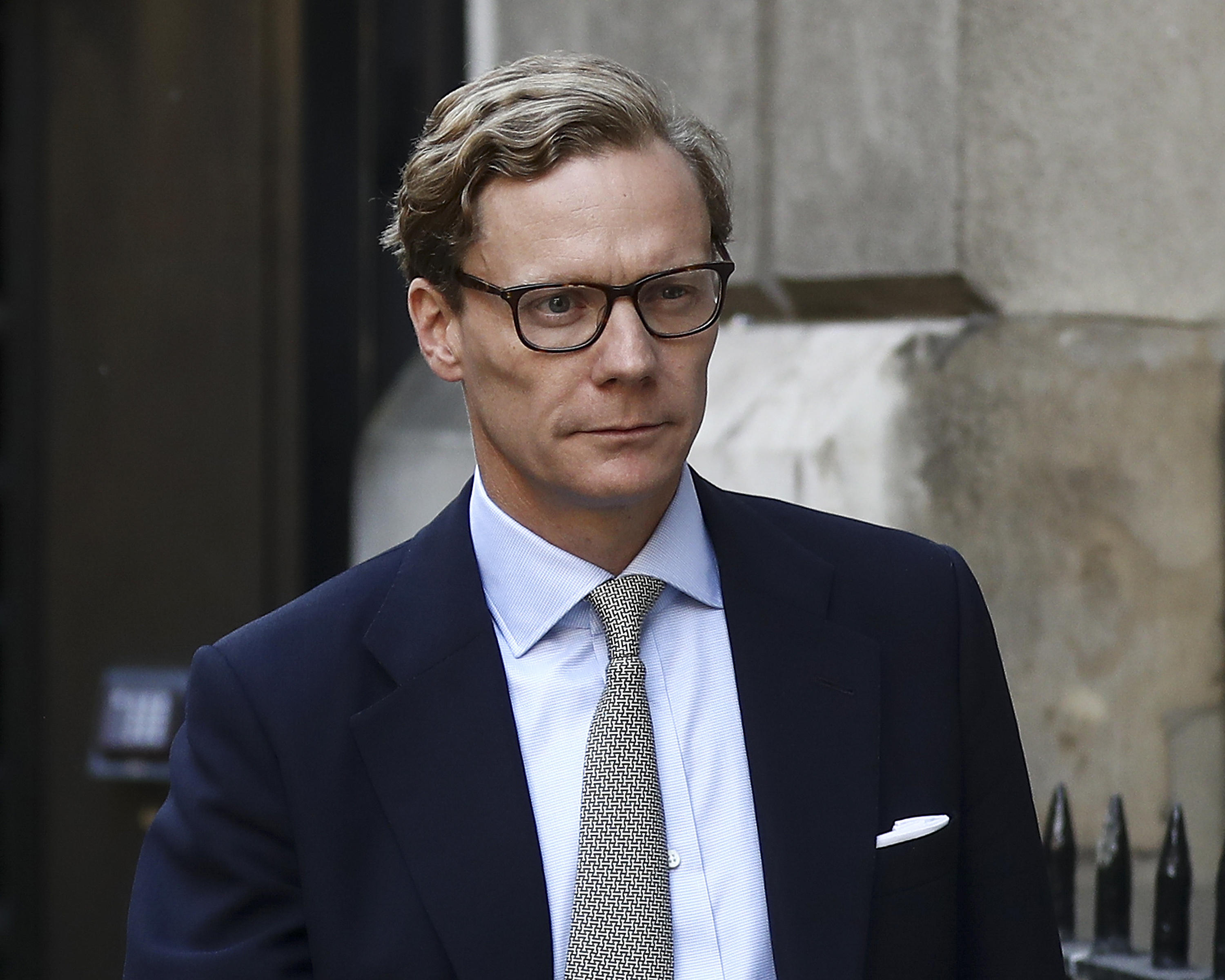 LONDON -- The former head of Cambridge Analytica said Wednesday that his political consulting firm got "an incredibly huge target" on its back because of its involvement in President Trump's 2016 presidential campaign. Alexander Nix said his now-defunct firm had become the subject of global derision and was unfairly blamed for putting Mr. Trump in office.

The remarks came as an unrepentant Nix clashed with British lawmakers investigating the use of Facebook data in election campaigns. The Parliament's media committee sought his testimony to clarify his previous remarks. While lawmakers had once listened with rapt attention as former employee Christopher Wylie discussed how the Facebook material was gathered and used by the firm, they grew visibly impatient with Nix, who challenged their questions.

The sheer tone of the hearing was unusual, marked at times by exchanges that seemed somewhat personal. Nix repeatedly suggested that lines of questioning were politically motivated, such as when Ian Lucas, a Labour lawmaker, challenged Nix's claim that the firm had nothing to do with the campaign supporting Britain's departure from the European Union.

"I'm sorry if members of this committee are unhappy with the outcome of the referendum. I'm sorry if members of the committee are unhappy with Donald Trump being president of the United States," Nix replied. "But you can't simply put forward your prejudices onto me and make sweeping assumptions about our involvement with a political campaign simply because that is what you want to believe, because that narrative suits your view of the facts."

Lucas retorted: "Facts are what we are presenting to you. What we are getting back from you is bluster and rudeness."

Mr. Trump was one of Cambridge Analytica's customers, though the firm has insisted that none of the Facebook data was used in his 2016 campaign.

Nix acknowledged he should have been clearer when asked at an earlier hearing whether his firm had Facebook data through Global Science Research, a company that collected data from users in the guise of a personality test. Nix said he should have said "yes" but that his "focus was on whether we still held the data from GSR, which was the issue Facebook had been most concerned about." He said the data was deleted at Facebook's request.

Nix also said he's embarrassed at having been caught on camera boasting that he could entrap political figures by compromising them with bribes and Ukrainian women. But he insisted he was entrapped by unscrupulous, undercover journalists from Channel 4 News -- a claim the news organization rejected.

Meanwhile, Nix was accused on Wednesday of taking $8 million from the company ahead of its recent collapse, CNET reported. Investors backing a rebrand of the data consultancy firm are currently in a stand-off with Nix while trying to persuade him to return the money, according to the Financial Times. Nix is accused of taking the money shortly after British journalists began reporting on the company's involvement in the mishandling of Facebook users' personal data.

During the session in Parliament on Wednesday, he denied he took the money.