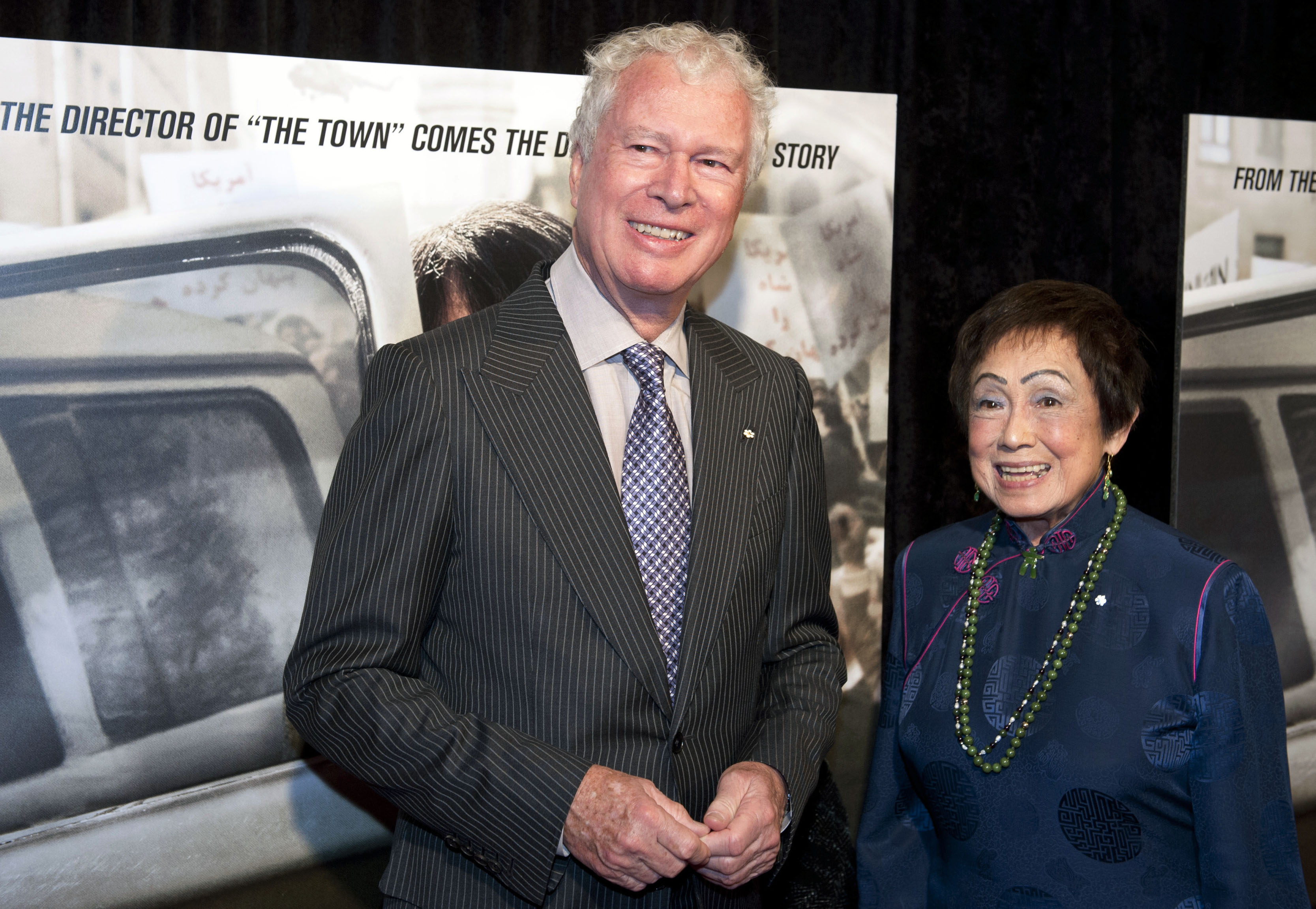 TORONTO The former Canadian ambassador to Iran who protected Americans at great personal risk during the 1979 Iran hostage crisis says it will reflect poorly on Ben Affleck if he doesn't say a few words about Canada's role should the director's film "Argo" win the Oscar for best picture Sunday.

But Ken Taylor — who said he feels slighted by the movie because it makes Canada look like a meek observer to CIA heroics in the rescue of six U.S. Embassy staff members caught in the crisis — is not expecting it.

"I would hope he would. If he doesn't then it's a further reflection," Taylor told The Associated Press. But the 78-year-old Taylor added that given what's happened in the last few months, "I'm not necessarily anticipating anything."

Taylor kept the Americans hidden at his residence and the home of his deputy, John Sheardown, in Tehran and facilitated their escape by arranging plane tickets and persuading the Ottawa government to issue fake passports. He also agreed to go along with the CIA's film production cover story to get the Americans out of Iran.

Taylor became a hero in Canada and the United States afterward. He felt the role that he and other Canadians played in helping the Americans to freedom was minimized in the film.

On the other hand, actress Sheila Vand, who plays an Iranian housekeeper in the film, told CBS Radio News that her role in "Argo" helps chip away at stereotypes for Middle Eastern characters.

Affleck's thriller is widely expected to win the best-picture trophy. Two other high-profile best-picture nominees this year, Kathryn Bigelow's "Zero Dark Thirty" and Steven Spielberg's "Lincoln," have also been criticized for their portrayal of some factual issues.

Affleck said in a statement Friday night that he thought his issue with Taylor had been resolved.

"I admire Ken very much for his role in rescuing the six houseguests. I consider him a hero. In light of my many conversations as well as a change to an end card that Ken requested I am surprised that Ken continues to take issue with the film," Affleck said in the statement. "I spoke to him recently when he asked me to narrate a documentary he is prominently featured in and yet he didn't mention any lingering concerns. I agreed to do it and I look forward to seeing Ken at the recording."

Taylor told the AP on Saturday that he would take the "high road" upon hearing what Affleck said in the statement. He said it was news to him that Affleck had agreed to narrate the documentary and looked forward to working on it with him.

He added that he had sent Affleck an email on Saturday, saying he was pleased to hear that "Argo" has received international acclaim even though the debate still continues about the role Canada played. In the email, he said the dispute doesn't reflect on Affleck's skills as a director and wished him luck on Sunday.

"I'm not conceding anything," Taylor told the AP. "What I said is still valid. It's time to move on. I've registered it now for six months and President Jimmy Carter's remarks back it. There's nothing more a Canadian can say after the president says it."

Carter appeared on CNN on Thursday night and said "90 percent of the contributions to the ideas and the consummation of the plan was Canadian," but the film "gives almost full credit to the American CIA."

Carter also called "Argo" a complete distortion of what happened when he accepted an honorary degree from Queen's University in Canada in November.

"I saw the movie Argo recently and I was taken aback by its distortion of what happened because almost everything that was heroic, or courageous or innovative was done by Canada and not the United States," Carter said.

Taylor said there would be no movie without the Canadians.

"We took the six in without being asked so it starts there," Taylor said. "And the fact that we got them out with some help from the CIA then that's where the story loses itself. I think Jimmy Carter has it about right, it was 90 percent Canada, 10 percent the CIA."

He said CIA agent Tony Mendez, played by Affleck in the film, was only in Iran for a day and a half.

The movie also makes no mention of Sheardown, the First Secretary at the embassy. Taylor said it was Sheardown who took the first call from the American diplomats who had evaded capture when Iranian militants seized the U.S. Embassy in November 1979, and agreed right away to take the Americans in. Sheardown died on Dec. 30, and his wife, Zena, called the movie disappointing.

"It was frustrating," Zena Sheardown said about "Argo" in an interview with The Associated Press after her husband's death. "It would have been nice if the story was told correctly because basically, if the Canadians weren't there to help, who knows what would have happened to those Americans."

Friends of Taylor were outraged last September when "Argo" debuted at the Toronto International Film Festival. The original postscript of the movie said that Taylor received 112 citations and awards for his work in freeing the hostages and suggested Taylor didn't deserve them because the movie ends with the CIA deciding to let Canada have the credit for helping the Americans escape.

Taylor called the postscript lines "disgraceful and insulting" and said it would have caused outrage in Canada if the lines were not changed. Affleck flew Taylor to Los Angeles after the Toronto debut and allowed him to insert a postscript that gave Canada some credit.

Taylor called it a good movie and said he's not rooting against it, but said it is far from accurate.

"He's a good director. It's got momentum. There's nothing much right from Day 1 I could do about the movie. I changed a line at the end because the caption at the end was disgraceful. It's like Tiananmen Square, you are sitting in front of a big tank," he said.