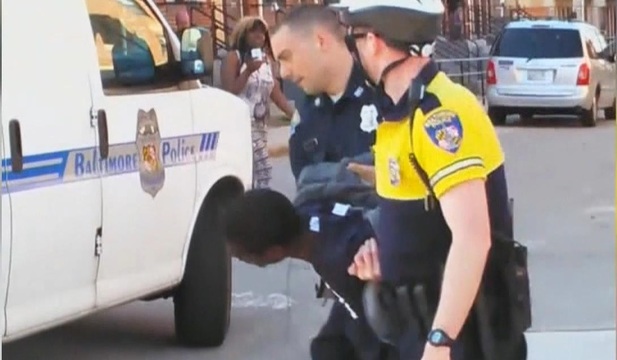 ANNAPOLIS, Md. -- A former Baltimore police officer said Wednesday he plans to perform an Al Jolson routine in blackface to raise money for the six Baltimore officers who have been indicted in the death of Freddie Gray.

Bobby Berger, whose performances as Jolson created tension with the department in the 1980s, said Wednesday that 610 tickets have been sold in eight days at $45 each for the Nov. 1 fundraiser in Glen Burnie.

But the venue where Berger intended to hold the event, Michael's Eighth Avenue, posted a notice on its website saying the fundraiser will not be hosted there. "No contract was signed with Mr. Berger," the notice said. "Michael's does not condone blackface performances of any kind."

"As an event venue, it has not been the practice of Michael's Eighth Avenue to pre-approve entertainment that is planned as part of a contracted event," the reception hall's statement continued. "This policy will be carefully and thoughtfully reviewed. Michael's regrets any concerns that the discussions of this event may have caused in the community."

CBS Baltimore asked Berger if he thinks his planned performance perpetuates an underlying tone of racism surrounding the Freddie Gray case. He said no, and said his act isn't racist.

Berger said in an interview with The Associated Press he doesn't believe there is anything racial about his routine.

"It's coincidence," Berger said about the fact that the entertainer he impersonates wore blackface. "There's no racial overtones to this show. There's nothing racial to the show."

He told the AP he only intended to help the officers who were indicted in the Gray case.

"I want to get these people some money," Berger said. "I know they need it, and that's the long and short of it."

Michael Davey, an attorney for the Baltimore City Fraternal Order of Police, said officers do not support the fundraisers. Gray was black and died in police custody. Davey said no money would be accepted from the fundraiser.

"They've been put in a pretty bad position without their knowledge," Davey said of the police officers.

Tessa Hill-Aston, president of the Baltimore branch of the NAACP, says the idea is "very distasteful."

"This is showing no sensitivity to the family of Freddie Gray," Hill-Aston said.

Gray's death from injuries received while in police custody prompted a wave of arson, looting and open confrontations with riot police in Baltimore in April.

Berger, who is 67, has performed the blackface signing act for decades. He was fired from the police force in the 1980s for performing the act in his spare time. He was reinstated to his job following an appeal, but later retired. His performance at a retirement dinner for a white Baltimore County officer in 1996 prompted a black officers group to protest outside the dinner.