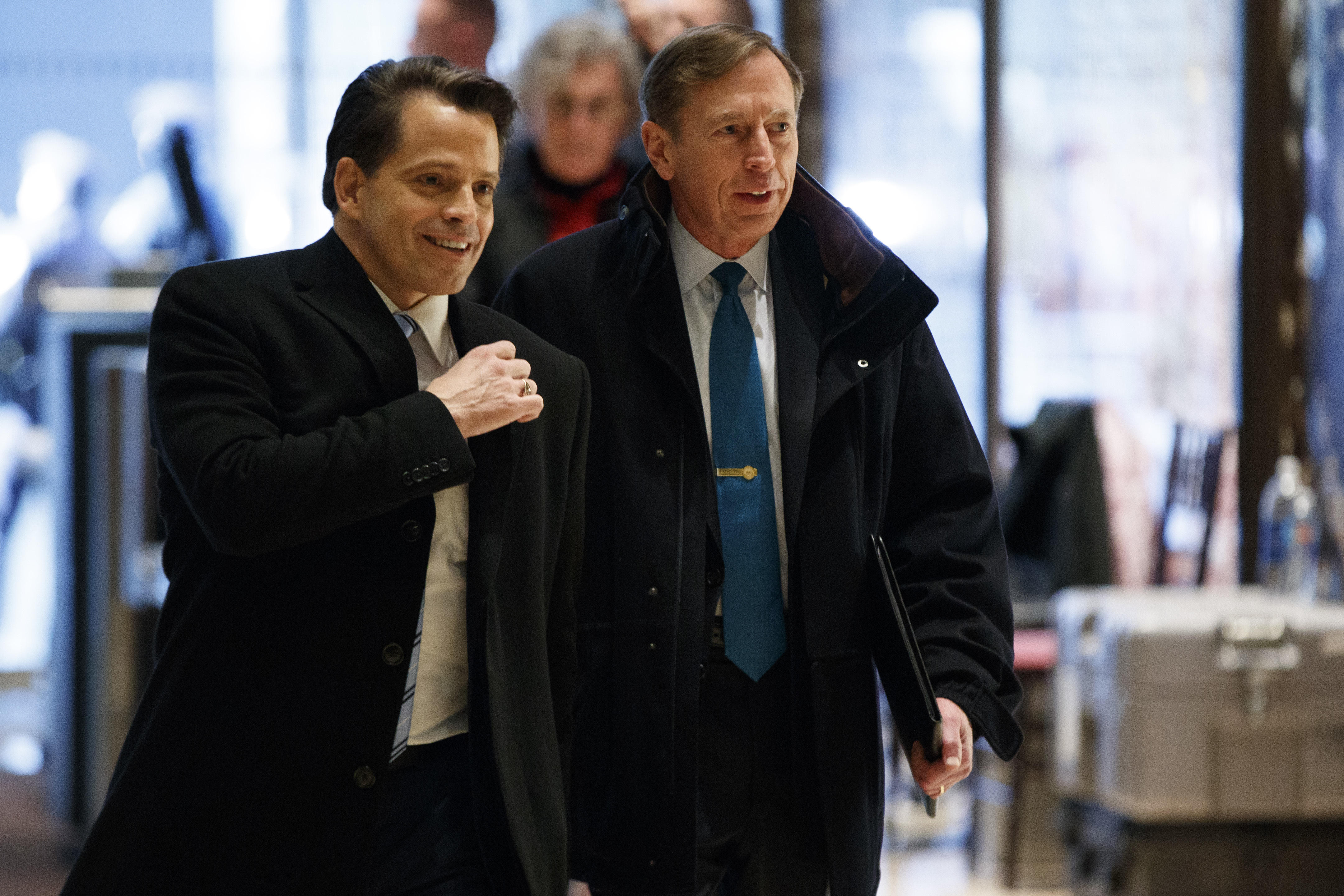 Why are we talking about this Anthony Scaramucci guy?

The 52-year-old "Mooch," as he is sometimes known, is the White House's new communications director. Before taking the job Friday morning, he was working as the chief strategy officer and senior vice president at the Ex-Im Bank. His appointment was a major reason outgoing White House Press Secretary Sean Spicer resigned.

Scaramucci is a native Long Islander who's made a fortune in New York finance. He has also been a major donor to Republican candidates and causes, and regular defender of President Trump on cable channels. He served on Mr. Trump's transition committee, and was said to be in the running for a White House job after his inauguration.

He went to Tufts University and Harvard Law, and then landed at Goldman Sachs in 1989, a company that has also employed Trump economic adviser Gary Cohn, Treasury Secretary Steve Mnuchin, and strategist Steve Bannon. In 1991, he was fired by Goldman, only to be hired back two months later in another division, and eventually became its president of wealth management.

In 2005, he founded SkyBridge Capital, an investment firm, which became known for its annual Las Vegas conferences where politicians and investors would rub shoulders with celebrities. He wrote several books, and became a regular guest on business-focused networks. In January, he announced that he was selling SkyBridge to HNA Group, a Chinese company with close ties to the Communist Party there.

Is that why he didn't get a White House job then?

That's the gist, although Scaramucci said such concerns were ludicrous. "They know they cannot talk to me, so what influence are they buying?" he told the New York Times in January. "If people are saying that HNA is trying to buy access, then people are saying HNA is stupid."

Has he always been an ally of Mr. Trump?

He has not, having first endorsed Wisconsin Gov. Scott Walker and former Florida Gov. Jeb Bush is the 2016 Republican primaries. When Mr. Trump went after "hedge fund guys" in a 2015 election, Scaramucci fired back on Fox Business Network, calling the comments "anti-American" and Mr. Trump himself a "hack politician."

Scaramucci also said he did not like how Mr. Trump "talks about women" and said other Republicans were reluctant to criticize the eventual nominee "because he has a big mouth" and would "light them up on Fox News and all these other places."

"I'm not a politician," Scaramucci continued. "You're an inherited money dude from Queens. Bring it, Donald."

Once the primaries were over, however, Scaramucci endorsed Mr. Trump, quickly becoming one of the president's most vocal surrogates on television. At his first White House press briefing, Scaramucci said the president certianly hasn't forgotten those earlier comments -- "he brings it up every 15 seconds," he told the press corps.

Does he have any experience dealing with the press?

He has been hosting a weekly show on Fox Business Network, called "Wall Street Week," and he's been a frequent guest on business news networks, but no, he doesn't have a traditional communications background. He did, however, score a success that attracted the president's attention -- he succeeded in getting CNN to retract a story about him. Three journalists involved in the story resigned soon afterwards.