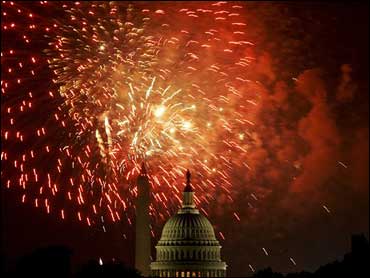 Every 26 seconds a woman is raped in South Africa. According to Interpol statistics the country is the rape capital of the world. Correspondent Bob Simon reports from Johannesburg.

In the seven years since the end of apartheid, law and order has broken down and violent crime is raging out of control. Fifty-two thousand cases of rape were reported to the police last year. But the vast majority of South African rape victims don't report the crime.

Lately there is at least a little more awareness of the problem. This is largely due to journalist Charlene Smith, who did something no woman in South Africa had ever done before.

She wrote and published a detailed account of a rape - her own.

"It wasn't a particularly dramatic rape," Smith says of her experience. "He didn't use abusive language toward me. He didn't beat me up badly. He didn't stab me. It was a very ordinary rape. And what it meant was, it could happen to anyone."

When the ordeal was over, Smith wasted no time: She started writing. She left nothing out.

"In the story that I wrote I brought (readers) onto the bed with me," she says. "I brought them into the bathroom where I was bound and where I was battling to escape. I wanted them to know - I didn't want to skip over the thing and say and then I was raped. I asked my children for permission before I wrote. They gave me permission."

Society's failure to stop rape was only part of the shame. South Africa has the fastest growing HIV rate in the world, which means that women who survive the rape often die of AIDS. On the night she was raped, Smith raced right over to a hospital to get the drugs which can fight the virus.

At the hospital, the receptionist told Smith that because she didn't have an appointment, she could not receive the drugs. Smith got angry: "I leaned across the desk at her, and I said, 'Listen daring, I've just been raped, I have two children, this is my life, I want these drugs, and I want them now. Otherwise I am going to cause more trouble than you can begin to imagine.'"

Smith's account prompted a chorus of shocking stories. Jean Saul was in her home outside of Johannesburg when four men broke in, robbed her at gunpoint, tied her up in her bed and raped her. Her husband was tied up next to her during the whole thing.

"They told my husband 'We've got AIDS and we're going to rape your wife,'" Jean Saul remembers.

When she said something they didn't like, they kicked her or her husband. They called her a "white bitch," she remembers. "They'd been drinking heavily and everything smelled of booze. He stood on the bed and he actually peed on us. Just urinated over both of us."

Jean Saul is struggling to build barriers against the fear which has entered her life. Her house has new fences. She has bought guard dogs. She has tried to turn her home into a fortress, but admits it feels more like a prison. When she drives at night, she carries a gun.

"I can carry it in my hand when I am driving," she says. "I don't feel that if I am hijacked or anything I've have to fiddle around for a gun. I've got it in my hand and there's no surprise."

Eight months later, no one has been arrested in the Saul case. That's not unusual. In South Africa only about four percent of reported rapes end with a conviction.

"In South Africa, women won't report because they have no belief that the rapist or rapists will land up behind bars," Smith says.

In Smith's case, a suspect was arrested. But Smith had more to do with that than the police did. She says that the police lost the entire case file and all the evidence, within five days of the rape. "It's inefficiency, it's a lack of training, it's a lack of investigation," says Smith. "And they actually don't care."

Psychologist Namfundo Walaza was one of the women who helped create the ad. A few years ago, she counseled apartheid-era torture victims in her Capetown clinic. Now she sees women who've been raped and tries to make sense of South Africa's culture of violence.

The vast majority of the women raped in South Africa are black. They live in poor townships, where law and order has broken down. In Alexandra, even the police say they won't go out with their girlfriends after dark.

When she went to the police station, she had to tell hestory in front of a crowd of men, who didn't seem to take it seriously at all. They were joking about the rape, she says, and asked her if she had enjoyed the experience.

People are beginning to protest the crisis, and the government's failure to deal with it.

A growing number of rapists never make it to the police station. Vigilantes get them first and justice of sorts is done.

Simon had a difficult time finding a South African official to talk to him about rape.

Uninvited, Simon and a crew went to a Cabinet cocktail party, and found the ministers in charge of law and order busy honoring the national football team. Steve Tshwete, the minister in charge of police, attacked those who raise the issue of rape.

"We want to dismiss with contempt this whole notion that South Africa is a rape case," he said. "The rape capital of the world is a very silly notion that is intended to tarnish the image of our country."

Children are being raped too. Nine-year-old Emily Sithole recently had her second AIDS test just weeks after being raped by a 40-year-old man on her way home from school.

Emily's mother Clementia has good reason to worry the rapist had AIDS. There's a popular belief here that a man can get rid of AIDS by having sex with a virgin. That myth is increasingly becoming a death sentence for girls like Emily who are now targeted by rapists.

Smith arranged for Emily to be tested for free at a clinic that opened after muckraking revealed how badly rape survivors are treated by the health system. Emily and Smith will not find out for months if they have been infected.

In the meantime, Smith has had to go through the trial of her alleged rapist. "You can't sleep properly," she says. "You can't concentrate. You get depressed. You get terrible flashbacks. You are just consumed by fear."

Smith has shown up every day of the trial. But even if the legal system delivers some sort of justice, Smith will have lost something forever.

Shezi has much the same feeling. "People are pointing finger at me right now," she says. "I'm scared of the AIDS test. I (have) a little daughter and people are poisoning my daughter and saying 'Your mother has been raped.' I'm futureless."