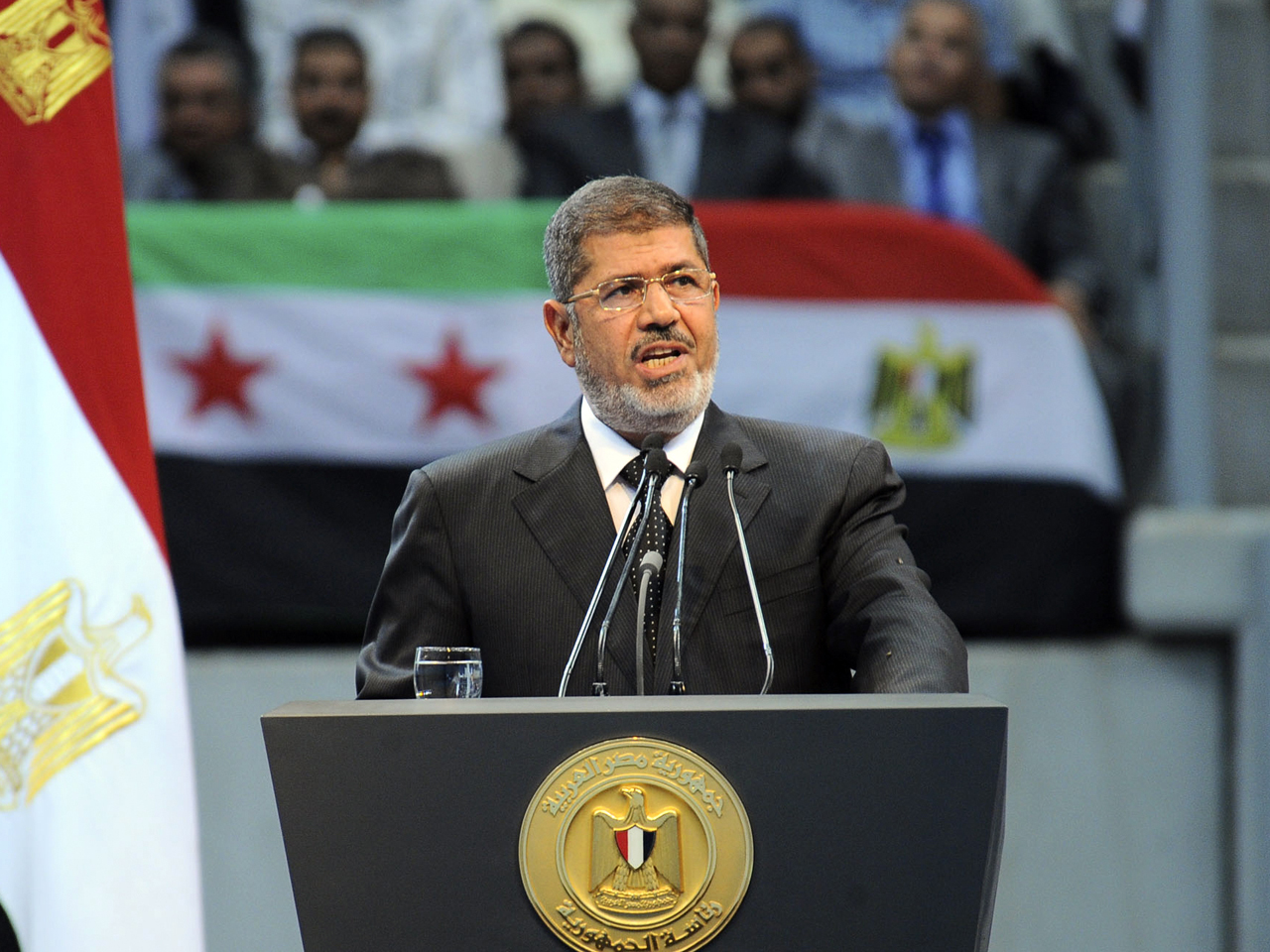 CAIRO The European Union's top diplomat said Tuesday that deposed Egyptian President Mohammed Morsi is "well" and that the two had an "open and very frank" discussion about the country's political crisis and the need to move forward.

EU foreign policy chief Catherine Ashton's two-hour meeting with Morsi late Monday is the first contact the ousted Islamist leader has had with the outside world since what he calls the military coup that overthrew him on July 3. He has been held incommunicado at an undisclosed location since his ouster.

Ashton said she was able to see the facility where he is being held, but that she does not know where it is.

"I sent him good wishes from people here, and he asked me to pass on wishes back, and of course I've tried to make sure that his family knows that he is well," she said.

The EU foreign policy chief is in Egypt on her second visit this month to search for a way out of Egypt's increasingly bloody and complex crisis, looking for compromises in talks with the military-backed government and allies of the ousted president.

She has held meetings with Egypt's interim leadership, including army chief Gen. Abdel-Fattah el-Sissi, as well as representatives of Morsi's Muslim Brotherhood.

She said that during her talks with all sides in Egypt, she made clear that there "is no place for violence in this and that peaceful demonstration is important."

"I am not here to ask people to do things," she added. "I am here to find out where the common ground might be, the confidence-building measures could be, that can help everybody move forward."

There were no immediate signs that either side of the conflict was willing to heed her appeals. The Brotherhood has rejected calls to work with the new leaders and called for new demonstrations on Tuesday. The government also has made no conciliatory gestures.