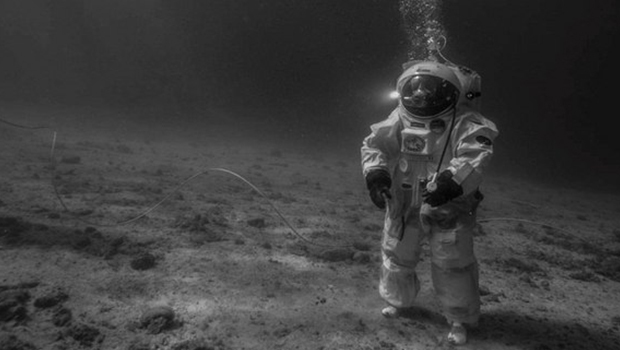 In a throwback to the original Apollo 11 mission to the moon, a European Space Agency (ESA) astronaut and astronaut instructor recently reenacted Neil Armstrong and Buzz Aldrin's historic fete.

There was one major difference: instead of walking on the moon, astronaut Jean-Francois Clervoy and instructor Herve Stevenin were walking on the seafloor. They titled the Sept. 4 mission "Apollo 11 Under The Sea."

The mission was designed to start preparing ESA astronauts for spacewalks on the moon, asteroids and Mars, officials said. Clervoy has previously flown three missions in NASA's now-retired space shuttle.

To create moon-like conditions underwater, the French deep-diving company Comex adjusted Clervoy and Stevenin's buoyancy to one-sixth of the gravity they would typically feel on Earth.