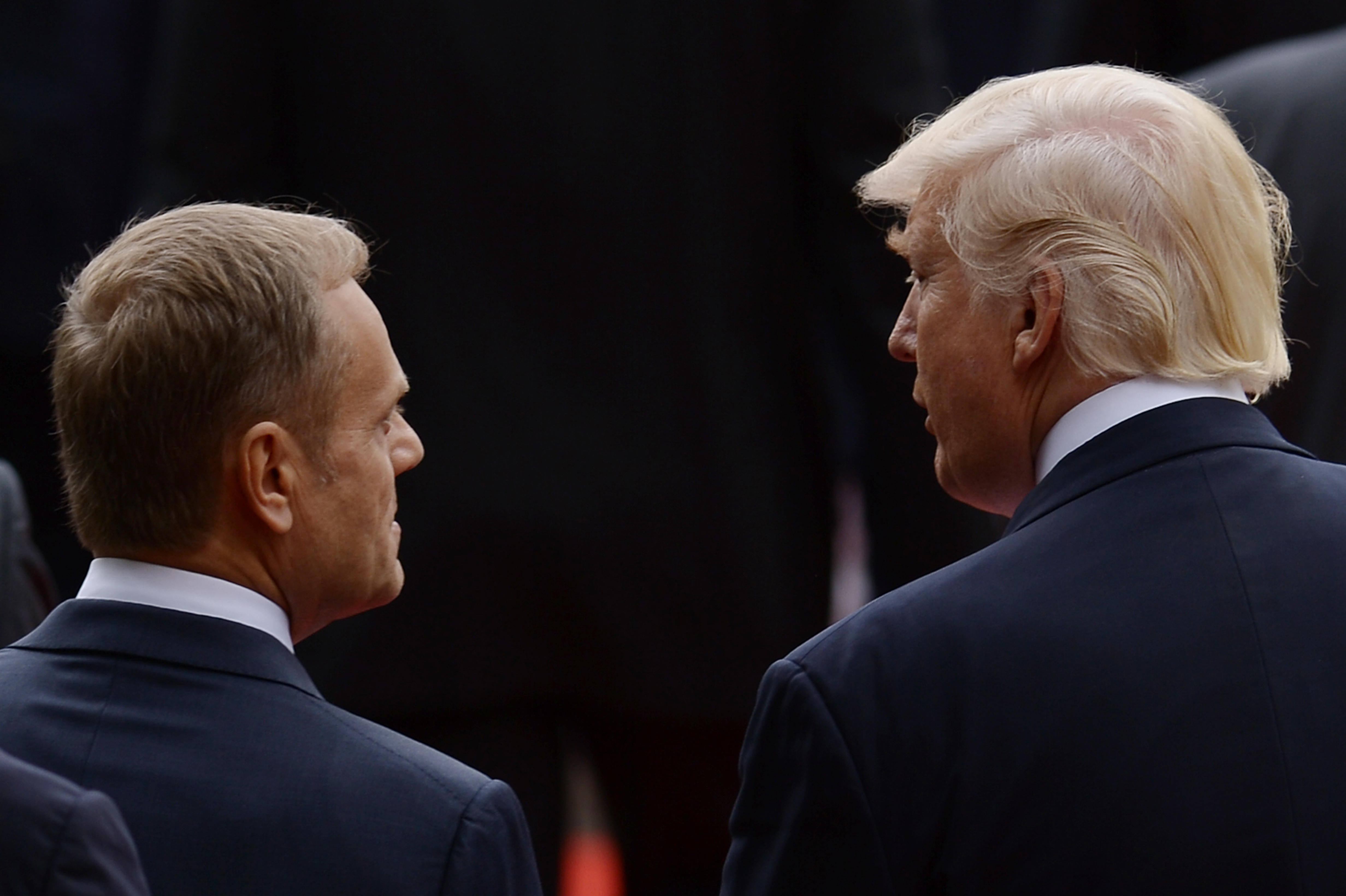 SOFIA, Bulgaria -- European Union Council President Donald Tusk is deriding the actions of the United States under President Donald Trump as "capricious," noting: "Someone could even think 'with friends like that, who needs enemies?'" Listing the traditional problems facing Europe, ranging from the expanding power of China to the belligerence of Russia, Tusk said: "We are witnessing today a new phenomenon, the capricious assertiveness of the American administration."

Tusk also said that Europe should be grateful for Mr. Trump "because thanks to him, we have got rid of all illusions."

"He has made us realize that, if you need a helping hand, you will find one at the end of your arm," he said, according to the Reuters news agency.

As trans-Atlantic problems mount, Tusk is leading an E.U. summit Wednesday night to address the outstanding issues with the Trump administration which center on Washington pulling out of the Iran nuclear deal and the threat to impose punitive trade sanctions on the 28-nation E.U.