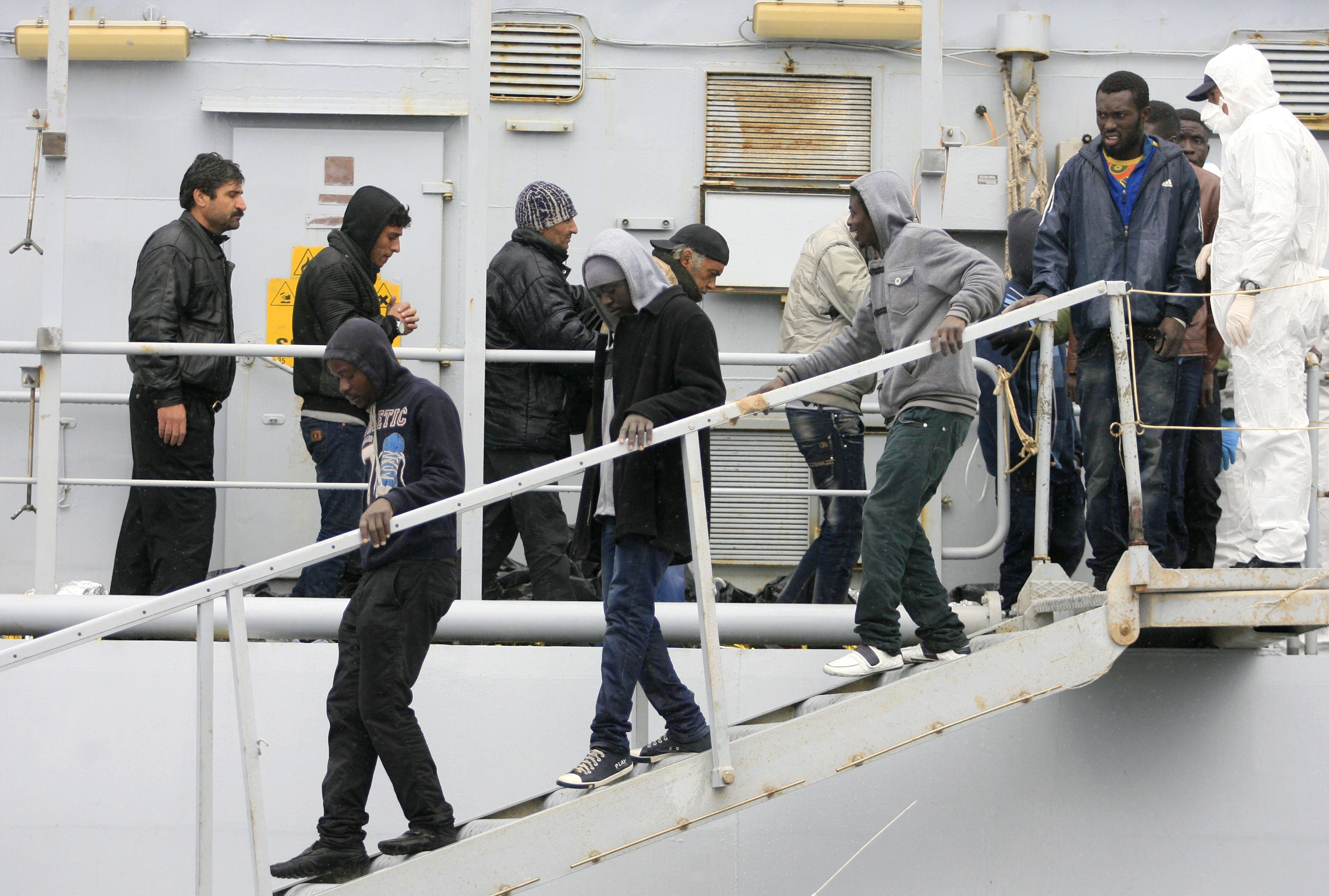 BRUSSELS -- The European Union on Thursday examined new ways to beef up border patrols in the face of an unprecedented influx of migrants crossing the Mediterranean and traveling through the Balkans.

EU presidency nation Latvia is struggling to persuade the 28 member countries to provide more funds and resources for the border agency Frontex, given broad opposition to creating an EU border guard system.

"This migration pressure is not going down, it's just increasing," warned Latvian Interior Minister Rihards Kozlovskis, before chairing talks with his EU counterparts in Brussels.

The ministers were to discuss the creation of a special task force in the Balkans, where growing numbers of poor people are fleeing Kosovo into Hungary.

Frontex manages the EU's borders to the outside world. But as thousands of people make the risky Mediterranean crossing in search of a better life, the agency has no mandate for search and rescue work at sea and lacks the ships and planes required to the job well.

More than 276,000 migrants entered the EU illegally last year, and conflict-torn Libya is the major jumping off point for people aiming to reach southern Europe.

Italy, which is in the forefront of the migration wave, is concerned that extremists might be slipping into the country along with migrants.

Italy, pro-ISIS blogger Abu Irhim al-Libi pointed out on Jan. 26, "has a long coast overlooking the southern Crusader countries which could be reached using small boats." Al-Libi, whose actual links to the terror group remain unclear, went on to cite the "huge" number of migrant boats (he claimed "at least 500 individuals on a daily basis") which leave the Libyan coast bound for Europe, packed with undocumented refugees from Syria and elsewhere.

"If this is exploited and developed strategically as it should be, this could turn life in southern European states into hell," suggests al-Libi.

"If we can't resolve the issue of Libya, it will be difficult to resolve the immigration issue," said Italian Interior Minister Angelino Alfano.

Rome wants its EU partners to help set up safe areas inside Libya to try to manage the problem before people board decrepit boats and rafts to head for Europe.

"It's about a humanitarian mission that would allow Europe to do screening and to dismantle this huge human trafficking market," Alfano told reporters.