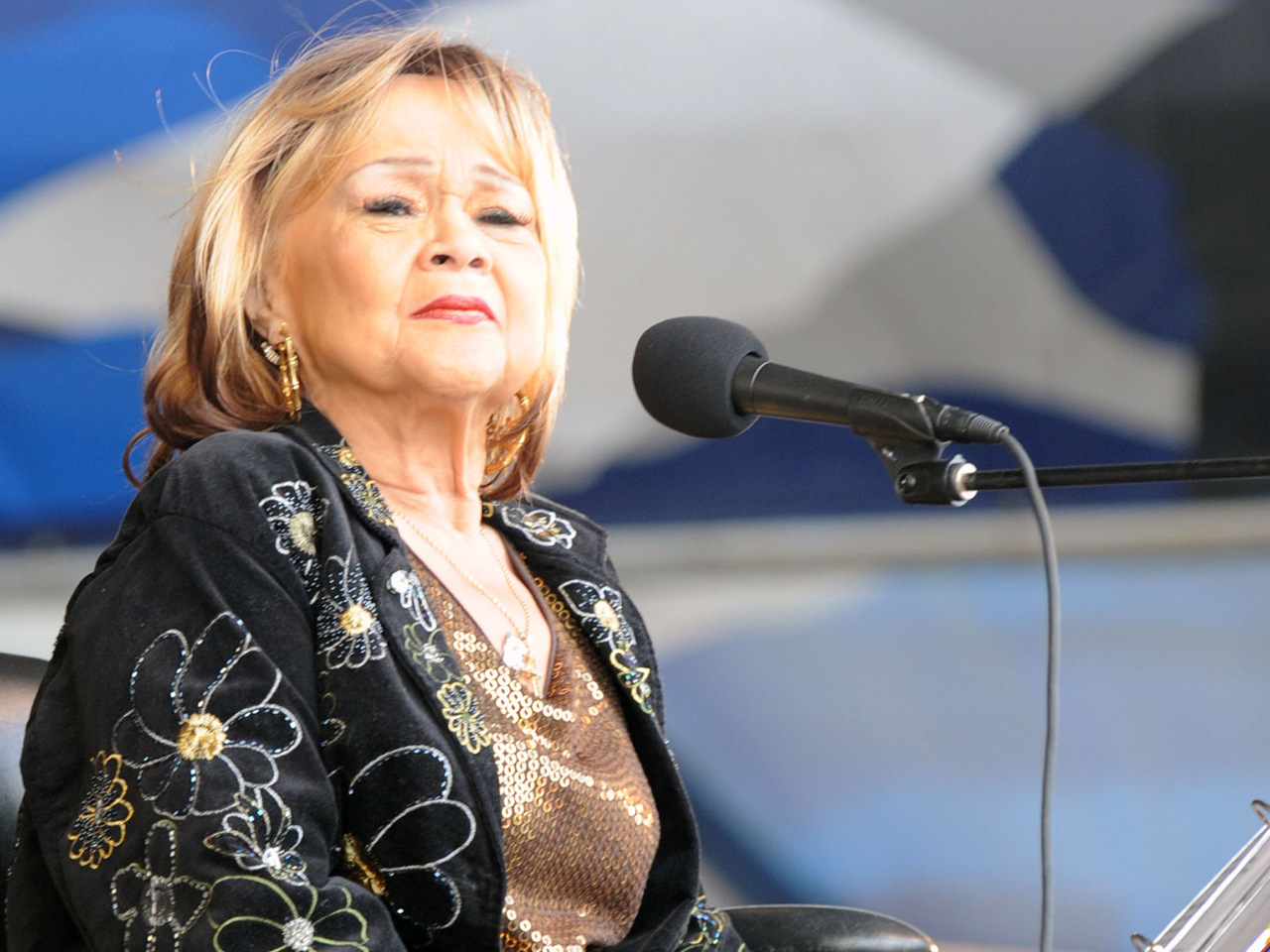 (AP) RIVERSIDE, California - Etta James' manager says the terminally ill blues singer is breathing on her own after being taken off a respirator.

Lupe De Leon says Friday that the change in her condition is great news and that the singer's blood pressure is normal.

De Leon says James was put on a respirator when she was hospitalized in Southern California on Dec. 21 because she was having trouble breathing.

James has been diagnosed with terminal leukemia and is suffering from dementia. She has been receiving mostly at-home care.

James is best known for the hit "At Last."