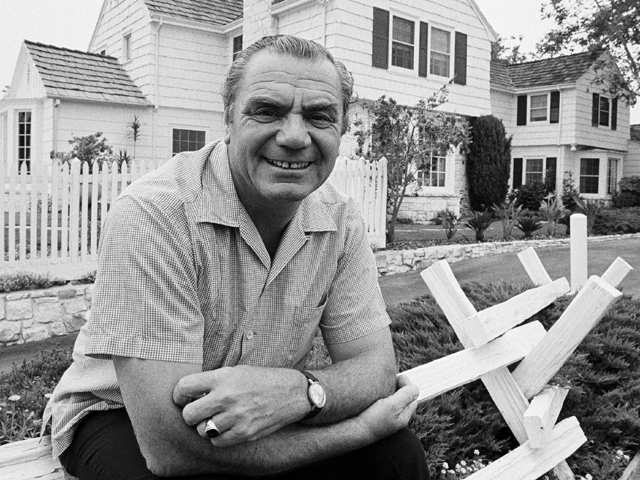 (CBS News) Ernest Borgnine's death Sunday at age 95 has set a spotlight on his life and career - which included an Academy Award win and multiple trips down the aisle.

Borgnine was married five times during his life. One of those unions was a brief 1964 marriage to actress Ethel Merman, which lasted less than six weeks.

Merman was wife No. 3 for the actor. The union barely lasted a month - she filed for divorce 32 days later. According to Reuters, Borgnine said the marriage broke up because fans paid more attention to him than her during their honeymoon. In Merman's memoir, the Village Voice notes, she had a chapter called "My Marriage to Ernest Borgnine" that consists of a blank page.

He then married Donna Rancourt in 1965. They had a son and two daughters - Christopher, Sharon and Diana - before the two divorced in 1972.

Borgnine's fifth and final marriage, in 1973 to Tova Traesnaes, was the one that endured. She manufactured and sold her own beauty products under the name Tova, and used her husband's rejuvenated face in her ads.

Harry and Meghan's kids Archie and Lilibet now prince and princess
Thanks for reading CBS NEWS.
Create your free account or log in
for more features.
View CBS News In
CBS News App Open
Chrome Safari Continue
Be the first to know
Get browser notifications for breaking news, live events, and exclusive reporting.