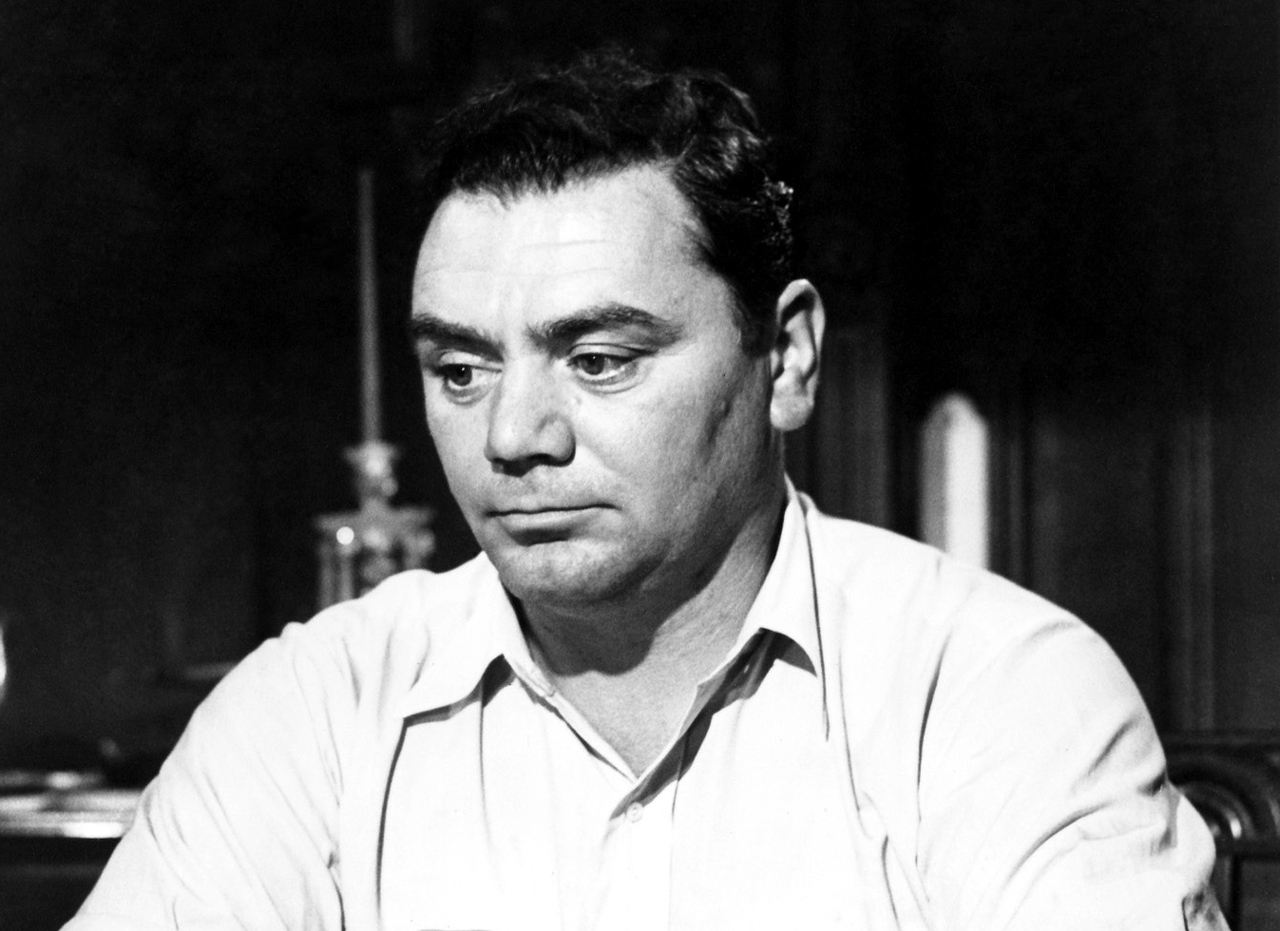 (CBS/AP) Ernest Borgnine, the beefy screen star known for blustery, often villainous roles, but who won the Best Actor Oscar for playing against type as a lovesick butcher in "Marty" in 1955, died Sunday. He was 95.

His longtime spokesman, Harry Flynn, told The Associated Press that Borgnine died of renal failure at Cedars-Sinai Medical Center with his family by his side.

He did not have the face, or the smile, of a classic movie star. But Borgnine certainly had the heart of one, whether in a drama, such as "Marty," or a comedy, like the 1960s sitcom "McHale's Navy."

Ermes Effron Borgnino was born in 1917, the son of Italian immigrants. He lived in Italy for a while as a child, then came back to the United States, where he joined the U.S. Navy, serving throughout World War II.

When the war ended, Borgnine tried his hand at a few things, until his mother suggested he try acting.

He caught on fairly quickly, appearing on Broadway and some early television roles.

"She said, `You always like getting in front of people and making a fool of yourself, why don't you give it a try?"' Borgnine recalled last year, shortly before receiving his SAG lifetime honor. "I was sitting at the kitchen table and I saw this light. No kidding. It sounds crazy. And 10 years later, I had Grace Kelly handing me an Academy Award."

With his beefy build and a huge orb of a head that looked hard enough to shatter granite, Borgnine naturally was cast as heavies early on, notably as Sgt. Fatso Judson, the brute who beat Frank Sinatra's character to death in 1953's Pearl Harbor saga "From Here to Eternity."

More bad guy roles followed, but Borgnine showed his true pussycat colors as lovesick Marty Piletti, a Bronx butcher who, against all odds and his own expectations, finds romance with a wallflower in "Marty," adapted from Paddy Chayefsky's television play. Borgnine won the best-actor Oscar, and the film picked up three other awards, including best picture.

"I just want to thank my mother for giving me the idea to get into this wonderful profession," he said, accepting the Oscar.

Borgnine was playing another nasty character opposite Spencer Tracy in "Bad Day at Black Rock" when he auditioned for "Marty." In a 2004 interview, Borgnine recalled that Chayefsky and "Marty" director Delbert Mann thought of him as an actor whose lone screen specialty was to "kill people."

The filmmakers had hoped to cast Rod Steiger, who played the lead in the TV version of "Marty," but he had just landed a part Borgnine himself coveted — the bad guy Jud Fry in "Oklahoma!" Mann and Chayefsky flew to the "Black Rock" location to audition Borgnine, who showed up wearing a "cowboy suit, cowboy hat, three-day growth of beard, cowboy boots," the actor recalled. He even began the audition in a Western drawl before shifting to Marty's Bronx accent.

Borgnine said he knew immediately he had won over Mann and Chayefsky, and "Marty" charmed audiences who saw for the first time that he could play the teddy bear as well as the beast.

"Marty" turned out to be Borgnine's only Oscar nomination, yet it was a star-making part that broke him out of the villain mold. Borgnine went on to roles in such films as "The Dirty Dozen," "The Wild Bunch," "The Flight of the Phoenix," "The Poseidon Adventure" and "Escape from New York."

In 2009, "Sunday Morning's" Bill Geist spoke to Borgnine and visited a New York City taco shop that gave the Oscar-winner an unusual kind of recognition. Watch the video at left.

His next big triumph came when art imitated life, joining the Navy again as Lieutenant Commander Quentin McHale in the TV show "McHale's Navy," another highlight in a workhorse career that spanned nearly seven decades and more than 200 film and television parts.

Younger viewers might know him more as the voice of Mermaid Man in "Spongebob Squarepants."

"Marty" made his career, but the success also brought complications for Borgnine.

"The Oscar made me a star, and I'm grateful," Borgnine said in 1966. "But I feel had I not won the Oscar I wouldn't have gotten into the messes I did in my personal life."

Those messes included four failed marriages, including one in 1964 to singer Ethel Merman that lasted less than six weeks.

But Borgnine's fifth marriage, in 1973 to Norwegian-born Tova Traesnaes, endured and brought with it an interesting business partnership. She manufactured and sold her own beauty products under the name of Tova and used her husband's rejuvenated face in her ads.

Borgnine worked to the end. One of his final roles was a bit part as a CIA records-keeper in 2011's action comedy "Red" — fittingly for his age, a story of retired spies who show that it's never too late to remain in the game when they're pulled back into action.

Borgnine's biggest kick, however, was going out and meeting people - even making a documentary about himself driving around the country in a big bus: "See, this is what it's all about - living!"