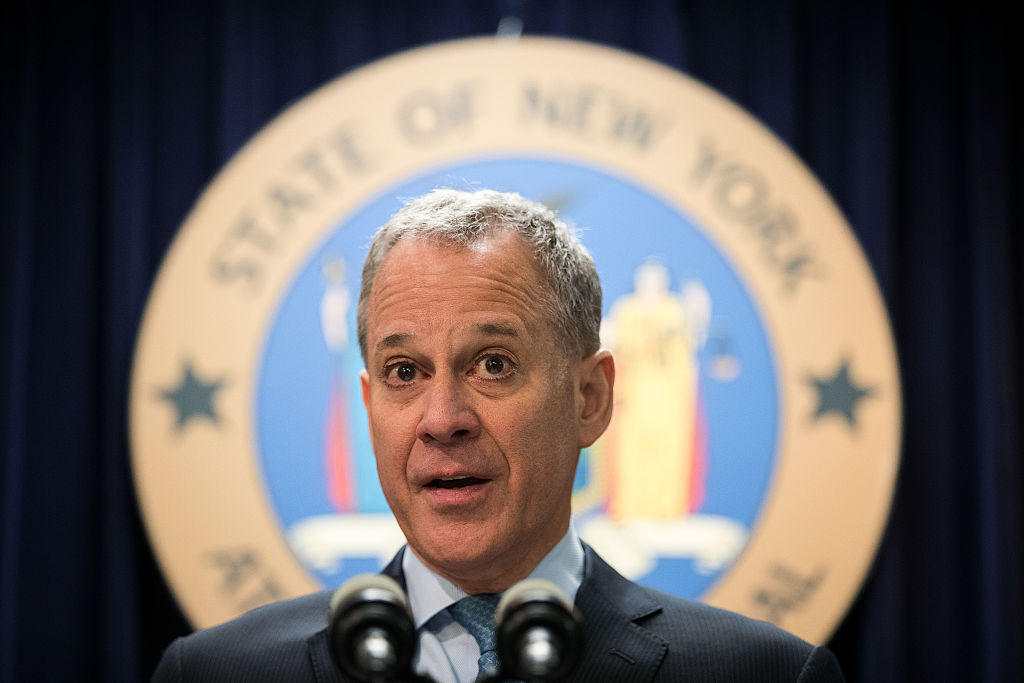 New York Attorney General Eric Schneiderman, a #MeToo supporter and advocate for women's issues, announced his resignation hours after an explosive report was published Monday in which four women accused him of physically abusing them. Schneiderman's resignation will become effective by the close of business Tuesday.

The resignation came in response to a story in The New Yorker which names two of the four women who say they were involved in romantic relationships with Schneiderman when he hit and in some cases choked them.

New York Gov. Andrew Cuomo urged Schneiderman to resign not long after the report was published, citing "the damning pattern of facts and corroboration."

"It's been my great honor and privilege to serve as Attorney General for the people of the State of New York. In the last several hours, serious allegations, which I strongly contest, have been made against me. While these allegations are unrelated to my professional conduct or the operations of the office, they will effectively prevent me from leading the office's work at this critical time. I therefore resign my office, effective at the close of business on May 8, 2018."

The four women "accuse Schneiderman of having subjected them to nonconsensual physical violence. All have been reluctant to speak out, fearing reprisal. But two of the women, Michelle Manning Barish and Tanya Selvaratnam, have talked to The New Yorker on the record, because they feel that doing so could protect other women," the reporters Jane Mayer and Ronan Farrow wrote.

An earlier statement provided through an outside spokesman for Schneiderman read: "I have never engaged in non-consensual sex, which is a line I would not cross."

Schneiderman, 63, also said Monday night that he has "engaged in role-playing and other consensual activity" but that he has "not assaulted anyone."

The New Yorker report revealed that Schneiderman "repeatedly hit them, often after drinking, frequently in bed and never with their consent," according to the women.

The women didn't come forward with their allegations at the time, The New Yorker reports, and Barish and Selvaratnam sought medical attention for what they claim was "assault." They describe being slapped hard across the ear and face and choked.

The NYPD has told CBS News that they have no complaints on file. The department said if it receives complaints of a crime, it will investigate them thoroughly.

Selvaratnam issued a statement through a spokesperson Monday night soon after the story broke.

"After I found out that other women had been abused by Attorney General Schneiderman in a similar manner many years before me, I wondered, who's next, and knew something needed to be done," the statement read. "So I chose to come forward both to protect women who might enter into a relationship with him in the future but also to raise awareness around the issue of intimate partner violence."

The magazine wrote about a third woman who was romantically involved with Schneiderman and apparently told her story to the two other women, but was frightened to come forward. The fourth woman said the attorney general slapped her when she rebuffed him; she asked to remain anonymous. The New Yorker wrote that it confirmed the third woman's accusations and viewed a picture of what the fourth woman claims was her injury.

Cuomo's statement said "no one is above the law, including New York's top legal officer" and that he will commence an immediate investigation. "I do not believe it is possible for Eric Schnedierman to continue to serve as attorney general, and for the good of the office, he should resign," he added.

Schneiderman has been an outspoken supporter of the #MeToo movement, filing a lawsuit in February against Hollywood producer Harvey Weinstein and the Weinstein Company over allegations of widespread sexual harassment and misconduct.

Jennifer Cunningham, Schneiderman's ex-wife, said in a statement provided by Schneiderman's representative Monday night that the "allegations are inconsistent with the man I know."

"I've known Eric for nearly 35 years as a husband, father and friend," she said. "These allegations are completely inconsistent with the man I know, who has always been someone of the highest character, outstanding values and a loving father. I find it impossible to believe these allegations are true."

Selvaratnam told The New Yorker she referred to Schneiderman as "a Dr. Jekyll and Mr. Hyde" figure. It made her "feel sick" that he prided himself "on being a champion for women publicly." She said that he needed to be "called out."

Schniederman had been seeking re-election. The New York State Legislature -- voting as one combined body -- will select a new AG to serve through the start of the new term Jan. 1, CBS News political correspondent Ed O'Keefe reports.

Manny Alicandro, a corporate lawyer from New York City, is running as a Republican and officially declared his candidacy Monday for AG, O'Keefe adds.

"If true, he is a disgrace and wholly unfit for the role of New York State's chief legal officer. I believe the accusers," Alicandro said Monday of the report.

Donald Trump Jr. slammed Schneiderman on Twitter by digging up a tweet from the AG's account last year where he wrote he would remind President Trump that no one was above the law -- Trump Jr. added: "You were saying???"